The Government Accountability Office (GAO) recently issued to Congress its annual bid protest report. Of particular note, protesters received some relief in 44 percent of the protests. GAO reports this statistic as an “effectiveness rate”—i.e., the percentage of protests where the protester obtained “some form of relief from the agency . . . either as a result of voluntary agency corrective action or [GAO] sustaining the protest.” As the following chart from GAO’s report thus shows, protesters continue to receive some form of relief from the agency in nearly half of the protests filed with GAO: 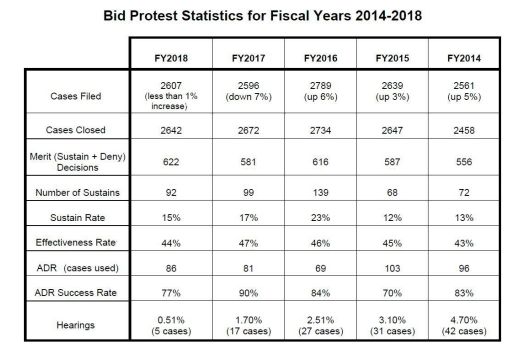 How can companies navigate competing SFO and DOJ demands?