On 21 September 2022 the WA Government tabled its response (Response) to the ‘Enough is Enough’ report (Report) made by the Western Australian Parliament’s Community Development and Justice Standing Committee following the Inquiry into sexual harassment against women in the FIFO mining industry (Inquiry).

While the WA Government generally accepted all of the Report’s recommendations (by either supporting, supporting in principle or noting these), a key theme in the Response is that the Government sees that primary obligation to ensure workplaces are safe, healthy and responsible rests with industry, which includes sexual harassment risk management. Such an approach is appropriate and consistent with the risk-based nature of safety laws, which are increasingly utilised to risk assess and control sexual harassment hazards at enterprise-level.

The WA Government’s strategy appears to be to support industry to drive a cultural shift in the mining sector. The Response acknowledges work already underway in other areas, including:

The widely discussed Report recommendations for an industry register of offenders and proposal for a redress scheme do not appear to be priority areas. The WA Government appears focussed on enhancing agency interface and regulatory guidance. For example, the WA Government has committed to:

The Response appropriately acknowledges that there is significant national momentum to eliminate sexual harassment from workplaces. There is a lot more work to be done, but never have there been more tools and momentum to achieve change. We are hopeful the further measures outlined in the Response, while limited, will be another step toward a world where it is a social norm for employees to work in workplaces that are free from sexual harassment, in the way that drink driving and not wearing seatbelts have been eliminated from accepted cultural practices within society. 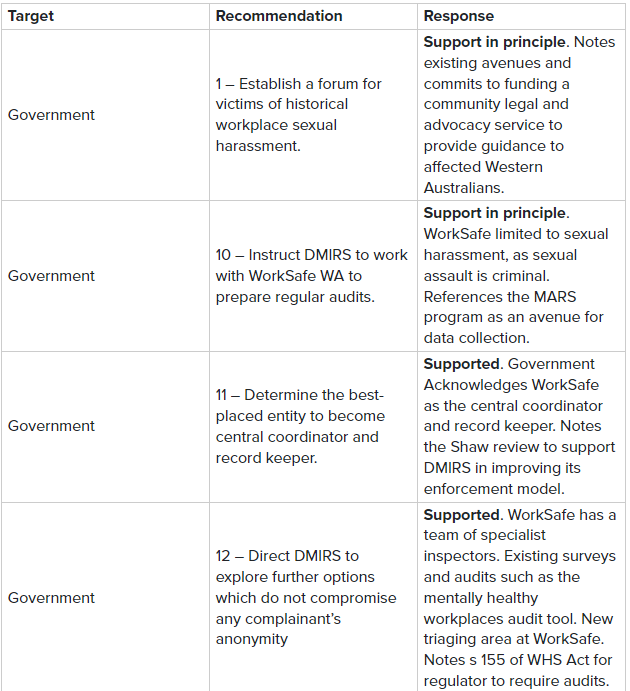 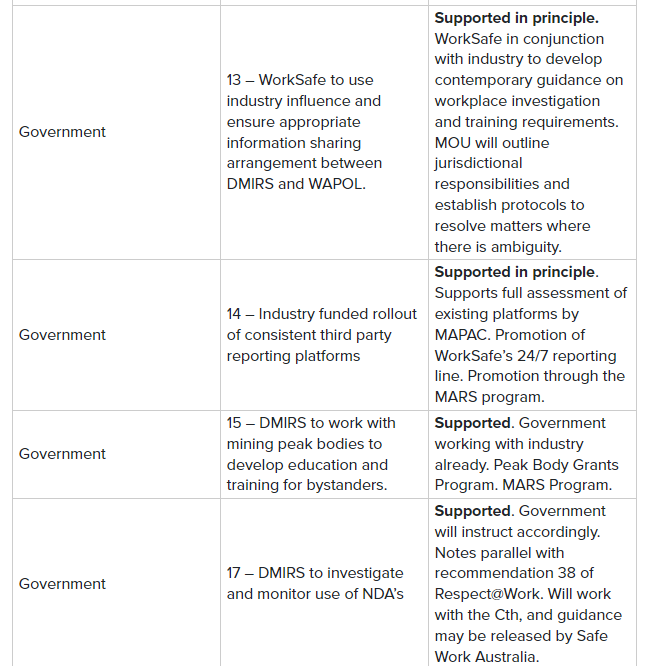 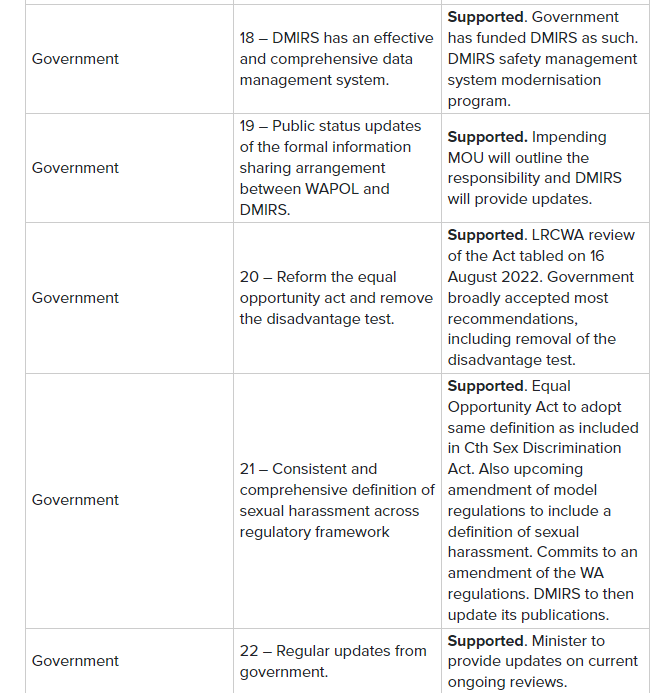 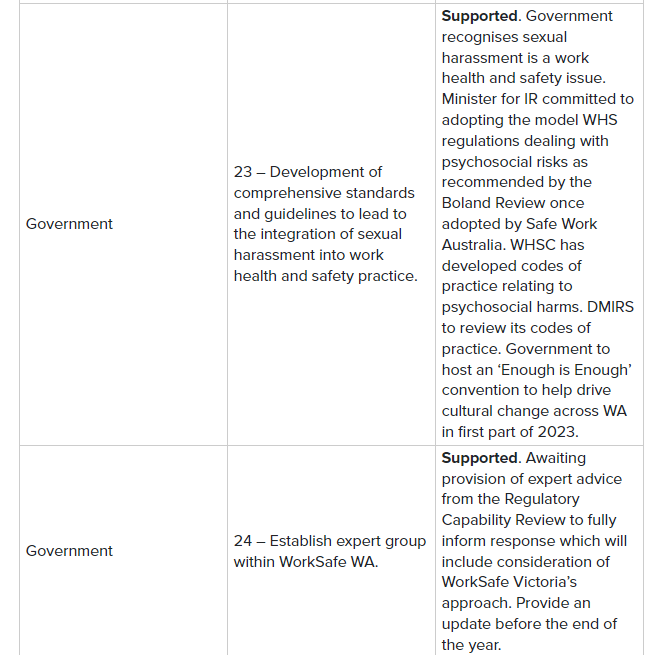 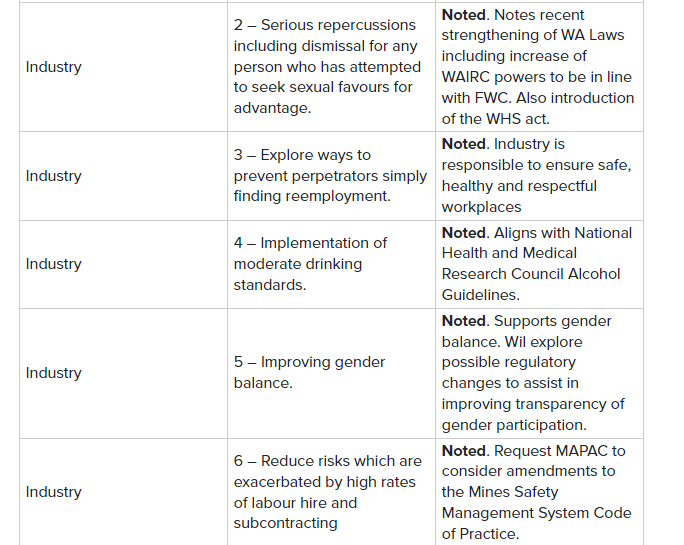 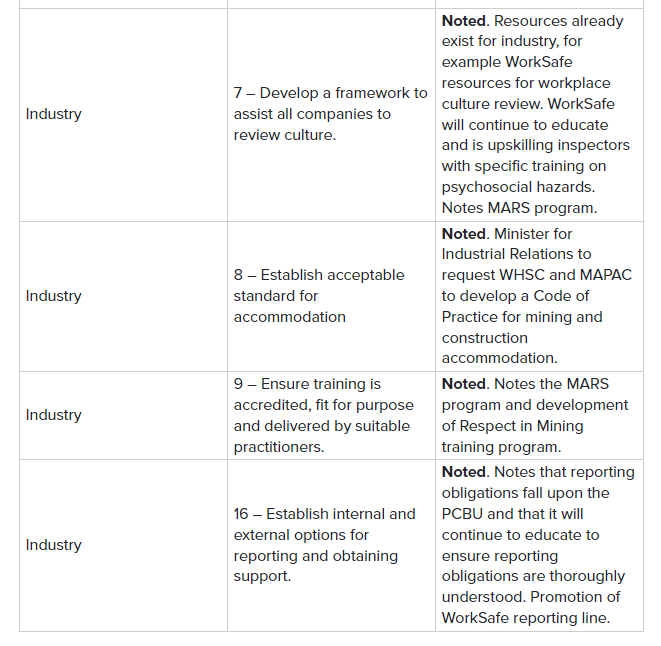