The backlog of pending patent applications is a huge concern for the Brazilian National Industrial Property Office (INPI) and is having a severe knock-on effect on applicants. By the end of 2015, 242,223 patent applications were still pending a decision in the first instance.

To reduce the backlog, INPI has adopted several measures to expedite the application examination process and narrow the timeframe in which issue decisions are issued after the first substantive examination.

However, PPH agreements are limited to specific fields of inventions, as listed in Table 1. 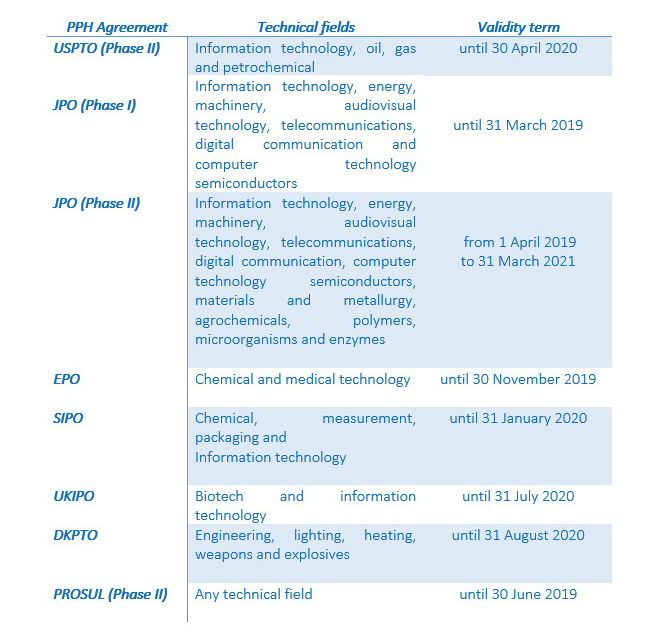 In addition to the invention requirements, the application must be within a specific International Patent Classification class. Further, drug-related inventions are non-eligible.

Under the PPH pilot programme, applicants who receive positive rulings on patent claims from one of the participating offices can request the accelerated prosecution of corresponding claims in another participating office. This allows the applicant to obtain a patentability decision in the second office more quickly. Further, the PPH programme increases the efficiency of patent prosecution by allowing the examiner in the Office of Later Examination to reuse the search and examination results from the Office of Earlier Examination, thereby reducing workload and duplication of efforts.

In addition, INPI has other fast-track programmes, which include:

Patent applications are prioritised under the following special conditions:

Although the results are significant, it is important to keep in mind that most of the measures are temporary until the backlog is in a manageable state.