Capri Sun does not keep its sunny side up 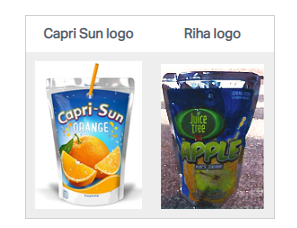 It started with a well-intentioned infringement proceeding and ended with Capri Sun AG (Capri Sun) losing its trade mark.

In 2014, Capri Sun started an infringement action against Riha claiming Riha committed a tort (Slavish Imitation under Dutch civil law) and trade mark infringement. Riha countered by arguing that Capri Sun's shape mark was invalid based on article 2.1(2) of the Benelux Convention on Intellectual Property (BCIP).

The Dutch court at first instance agreed with Riha and invalidated Capri Sun's trade mark and on appeal the Court of Appeal affirmed this decision. On 28 June 2019, the Dutch Supreme Court agreed holding that Capri Sun's shape mark was invalid and that Riha did not commit trade mark infringement or a tort under Dutch law.

Article 2.1(2) (now article 2.2bis(1)(e)) of the BCIP states that a sign which exclusively consists of a shape shall not be registered as a trade mark, or shall be declared invalid if the shape of the mark is necessary to obtain a technical result.

In its ruling, the Dutch Supreme Court stated that this rule was implemented so that trade mark owners could not be granted a monopoly on technical solutions or characteristics relating to the use of goods that a consumer is likely to look for in the goods of competitors.

The Dutch Supreme Court followed the CJEU in deciding that, for purposes of a shape trade mark application for goods without a particular shape (such as fluids), the packaging should be considered the shape of the goods (CJEU February 12, 2004, C-218/01 (Henkel)).

A sign that exclusively consists of essentially functional characteristics that are merely attributable to the product's technical solution cannot be registered as a trade mark. The mere fact that other possible technical solutions exist, will not change that outcome (CJEU June 18, 2002, C-299/99 (Philips/Remington)).

This rule, however, is only applicable if all essential characteristics of the sign are functional.

Including any non-functional element in the design will allow it to be registered as a trade mark (CJEU September 14, 201, C-48/09 (Lego Juris)). Identifying the essential characteristics of a sign will depend on the circumstances and the competent authority can choose to rely on the overall impression or on the individual components of a sign.

In this case, the Appellate Court looked at the individual components of the packaging and concluded that Capri Sun's packaging was merely functional.

The Court found that the rectangular shape and the equal distribution of the fluid when the drink is laying down flat make the packaging both compact and flexible allowing it to fit in a lunchbox. The drink can easily stand up and spilling is therefore avoided. The measurements and the amount of juice further make it ideal for children.

The Supreme Court rejected Capri Sun's argument that the technical exception to trade mark registration does not apply if there are numerous alternative shapes with the same technical outcome, following a similar decision from the CJEU in a design case. The Supreme Court held that the Court of Appeal considered the straight sides of the packaging as part of the shape but not as an essential characteristic and that the Court of Appeal therefore did not have to decide if the straight sides had a technical function.

The Supreme Court held that, now that the mark was invalidated, Capri Sun cannot rely on trade mark confusion under article 2.20(2)(c) BCIP. Regarding the tort claim, the Supreme Court stated that imitation of an unprotected sign is allowed if there is no consumer confusion. Here, the Dutch Supreme Court found that Riha had met its obligation to reasonably do what is necessary to avoid such confusion.