What is the bare minimum work to prevent a DA from expiring in NSW?

A Development Consent for building works (a DA) lapses (expires) in NSW if work is not physically commenced with 5 years of the date of consent.

On 23 July 2004, the Parramatta City Council (now the Cumberland Council) granted development consent for the erection of nine townhouses with basement parking at 527 Woodville Road, Guildford (see image of the townhouse plans).

In May and June 2009 the owner paid a demolisher $9,000 to “remove all debris, asbestos cladding, trees and shrubs, concrete driveway, clear site and water disconnection” to prevent the consent lapsing on 23 July 2009 (the 5 year mark).

In July 2012, Cando purchased the property. Cando relied upon the demolisher’s work and Council’s assurance by letter that if the work was lawfully carried out, then the development consent did not lapse on 23 July 2009.

Excavation commenced in July 2013. By October 2013 the basement of the ground floor slab had been constructed. In August 2014, the building was almost complete when the Council told Cando to stop work.

The Council acted because Cando had not obtained a construction certificate nor appointed a Prescribed Certifying Authority (a PCA) as required by the development consent.

Council rejected the applications and advised it would order the building to be demolished, altered, added to or rebuilt because the development consent had lapsed. 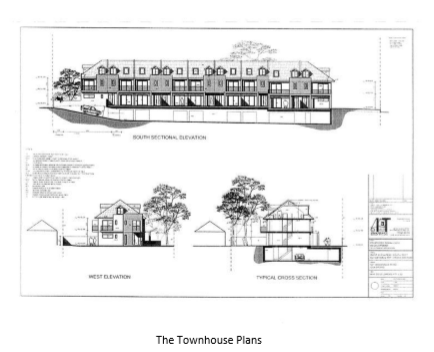 The application of the law to the facts

Section 4.53 (formerly s 95) of the Environmental Planning and Assessment Act 1979 (the EPA Act) sets out the requirement of work physically commenced to prevent lapsing of consent:

A development consent lapses 5 years after the date from which it operates.

the erection of a building, or the subdivision of land, or the carrying out of a work,

Under the prior law, s 315 of the Local Government Act 1919 (NSW), the test was substantial commencement. The Court said:

As there is now not a requirement that work be “substantially” commenced, provided that the physical activity is not merely a sham or notional or equivocal, it can be work relating “in a real sense” to that which has been approved.

Cando relied upon work carried out in May and June 2009 to satisfy the requirement:

Disconnection of the water: No evidence was presented of the work carried out. Therefore, no physical work was demonstrated.    Erection of safety fencing: The condition of consent provided that “The site must be enclosed with a suitable security fence to prohibit unauthorised access, to be approved by the Principal Certifying Authority.” The safety fence was erected but was not approved by the PCA because none had been appointed. Therefore, the erection of the fence was a breach of the condition of consent and could not be relied upon. Clearing of trees and shrubs: The condition of consent provided that “During Work - All pruning works and tree removals shall be carried out by a suitable qualified tree surgeon/arborist”. The tree clearing was a breach of the condition of consent because it was not carried out by a qualified arborist. It could not be relied upon.

This left the clearing of the shrubs as the sole basis to argue that work is physically commenced.

The onus of proof lay on Cando to demonstrate that this work was “relating to the consent”. The Court had evidence in the form of an aerial photograph taken in 2007 which showed shrubs of a few feet in height along a driveway, and evidence of the work carried out in May and June 2009. The Court said:

The clearance of shrubs before 23 July 2009 was not a breach of the condition of consent.

the primary judge accepted that the work of clearing trees and shrubs would be sufficient to satisfy the definition of “construction work”. …

The Court concluded that the work had physically commenced and said:

The Court ordered that:

Cando be restrained from completing the erection of the building on the Premises until a construction certificate for Cando’s building work has been issued by the Council (s 81A(2)(a) (now s 6.7)) and it has appointed a principal certifying authority (s 81A(2)(b) (now s 6.6)). It should also be restrained from occupying or permitting the occupation of the building until an occupation certificate has been issued pursuant to s 109M (now s 6.9) of the EPA Act.

This decision represents a lucky break for Cando, because the zoning had changed since the approval to a more restrictive FSR. Therefore, it could not have obtained fresh approval to build the townhouses in their current form.

The decision also represents a rejection of Cando’s approach that its non-compliance with the development consent could be regularised by the issue of a building certificate to allow occupation on completion of the works. The Court stated that:

The Court of Appeal has set the bar low for the requirement that work is physically commenced. In this decision, the clearing of shrubs was sufficient to prevent the development consent from lapsing.