I burn, burn like a wicker chair; chalk white and oh-so frail… 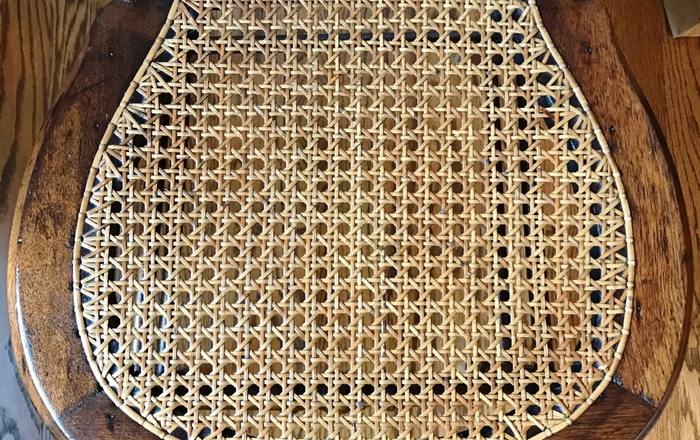 The title above refers to a lyric from a 1998 song by Eve 6, although they used the word “cabinet” instead of “chair.” While this simple substitution of a word on my part is designed to evoke an image, the choice of words and the image evoked* can mean so much more in the world of design patents.

Yesterday, in Curver Luxembourg v. Home Expressions (Fed. Cir. Appeal No. 18-2214), the U.S. Court of Appeals for the Federal Circuit affirmed a District Court of New Jersey decision against plaintiff-appellant Curver Luxembourg. Curver sued Home Expressions for infringement of U.S. Design Patent No. D677,946, asserting that Home “makes and sells a basket that is identical to Curver’s basket in every way, including incorporating the patented overlapping “Y” design.” Home countered that its baskets could not possibly infringe Curver’s design patent, because the patent claim was limited to a chair. The district court agreed and dismissed the case, reasoning that Curver’s “original application was for a design on furniture. And what Curver got, as opposed to what it asked for, was a patent that protects against infringement for a particular “Y” design on chairs only.” Here, “in a case of first impression,” the Federal Circuit also agreed, holding that the scope of Curver’s U.S. design patent was limited to “an ornamental design for a pattern for a chair,” such that it did not read on Home’s baskets.

Curver’s U.S. Design Patent No. D677,946 is entitled “Pattern for a Chair,” and depicts “the ornamental design for a pattern for a chair, as shown” in 5 Figures. But each of the 5 Figures in the patent only show portions of an overlapping Y-shaped pattern—nothing more. Representative Figs. 1 and 4 are shown below. The depicted pattern called to mind something I would expect to see incorporated into a wicker1 object made by woven rattan. Maybe that object could be a chair, but it could also be a cabinet, a table, or even a basket. But it is not possible to understand what specific object (article of manufacture) was depicted by just viewing the Figures. One can understand that the pattern is “for a chair” only from reading the description of the Figures. The astute observer, or should I say the ordinary observer, will already see the problem this creates.

The Examiner at the U.S. Patent and Trademark Office indicated in a first action that Curver’s application was in condition for allowance, but at the same time objected to the Title of the application and the descriptions of the Drawings in the Specification as being inconsistent. Here, the Title was “Furniture (Part of-),” the Drawings were described as “Furniture Part,” and the Claim recited a “rattan design for a furniture part.” The Examiner required that the Title be amended so as to designate the particular article that is the subject of the design, and “suggest[ed] the title be amended to read: “Pattern for a Chair”.” The Examiner also asserted that the Claim was “too vague,” because it was not “directed to the design for an article.” But the Examiner did not similarly suggest a specific amendment for the Claim.

In response, Curver amended the Title to “Pattern for a Chair,” and similarly amended the descriptions of the Drawings. Curver also amended the Claim to replace the language “rattan design for a furniture part, as shown and described” with “pattern for a chair, as shown and described.” Curver remarked that “the title and the specification have been amended as required” by the Examiner, and that these “amendments introduce no new matter.” Curver did not provide any remarks regarding the amendment to the language of the Claim.

We can only speculate as to why the Examiner suggested amending the Title to “Pattern for a Chair.” Granted, a chair is commonly understood as an example of a piece of furniture. And the originally claimed “rattan design for a furniture part” would probably call to mind a “chair” as a typical piece of furniture that could be a wicker object made by woven rattan. But there are other examples of furniture that the Examiner could have chosen as an article of manufacture: a cabinet, or a table, etc. The Examiner’s search notes identified the terms “Pattern, Rattan Pattern, Chair Pattern, Material Pattern, Fabric Pattern.” And, the Examiner’s search results did not point exclusively to “chairs.” In fact, other than the Examiner’s search notes and the suggested amendment to the Title, there is nothing in the application file that singles out a “chair” from any other example of “furniture.”

We can also only speculate as to why Curver accepted the Examiner’s suggested amendment, and why it similarly amended the Claim. Granted, Curver’s application referred to “furniture” and to a “rattan design for a furniture part.” But its Figures only depicted portions of the overlapping Y-shaped pattern, leaving one to guess what example of “furniture” may include the “rattan design.”

Also unanswered is why, given the specificity of the claim amendment, Curver asserted that the claim was infringed by a basket. Curver’s original complaint pointed out that “Curver makes and sells storage baskets incorporating the design in the ‘946 Patent, which it sells throughout the United States” (emphasis added). Curver’s complaint further pointed out that “The ‘946 Patent claims the ornamental overlapping “Y” design pictured” by a rotated version of Figure 1 from the patent. But the Complaint did not paint the whole picture—it omitted any mention of a “pattern for a chair.” Instead, it asserted infringement of the Y-shaped pattern itself—which on the basis of the Complaint alone could theoretically have been asserted against anything having that pattern.

According to the Federal Circuit, Curver first raised on appeal (and thus waived) an argument that the patent figures “depict a “three-dimensional panel structure that includes the ornamental Y pattern,” and that under Samsung Electronics Co. v. Apple Inc., 137 S. Ct. 429, 435 (2016), this “panel” provides the requisite “article of manufacture” because it is a “component” of a product” (emphasis added). But the Federal Circuit distinguished Samsung, noting that any such panel does not “constitute[] the type of “component” contemplated by Samsung as being an “article of manufacture.” In Samsung, the components covered by Apple’s design patents were parts of a concrete “multicomponent” smartphone product, not a surface ornamentation disembodied from any identifiable product, as here.”

Importantly, the Federal Circuit noted that “our law has never sanctioned granting a design patent for a surface ornamentation in the abstract such that the patent’s scope encompasses every possible article of manufacture to which the surface ornamentation is applied.” Thus, its holding “decline[s] to construe the scope of a design patent so broadly here merely because the referenced article of manufacture appears in the claim language, rather than the figures.”

We are familiar with the expression that “a picture is worth a thousand words,” and have applied this in the context of design patents for years. Today, we see that an individual word can have the power to rein in the scope of that picture.

1 Interestingly, the district court’s opinion contains the only mention of the word “wicker” in the entire case—woven into a footnote in support of an argument that Curver’s amendment resulted in the surrender of claim scope to anything that was not a chair, and that a “basket would not reasonably be regarded as an item of “furniture.”” Specifically, the district court distinguished the facts of this case from a 1959 case by the predecessor court to the Federal Circuit, noting that in “United States v. Quon Quon Co., the [predecessor court] disputed whether wicker tabletops intended for use as patio furniture and made of woven rattan should be classified as “baskets” or “furniture.” [citation omitted] The tabletops were classified as “furniture” because they were sold and used only as tops of coffee or cocktail tables; “baskets” were a separate, non-furniture category.” [citation omitted] In the end, baskets were not considered furniture unless they were being used for a non-basket purpose. That would not apply in this case.”

* The photo at the top of this article is of a 130-year old chair that has been in my family for, I suppose, 130 years. We don’t sit on it much anymore. Instead, it sits in my home. May it never burn.