Last week, the Western Australian Government announced a suite of land tenure reforms headlined by a new form of tenure – the diversification lease. The announcements suggest the reforms will be a welcome and necessary development for prospective renewable energy developers seeking to harness the unique opportunity WA’s natural resources offer.

The Government stated the new diversification lease provides a form of tenure that can support the establishment of clean energy projects and the expansion of carbon farming to capitalise on the burgeoning offsets industry. The Government’s announcement also promises to reduce red tape and streamline approval processes to ‘unlock land for renewable energy and economic diversification’.

Many aspects of the reforms to the Land Administration Act 1997 (WA) (LAA) are distinctly familiar to those who followed the mooted Rangelands leases in 2016 as we predicted in ‘Greener Pastures – Land tenure and other legal reforms flagged for WA’s renewable or green hydrogen industry’. At this stage, the Government has only announced a summary of the proposed reforms noting the amendment Bill is currently being drafted and is intended to be introduced into Parliament early in 2022.

We eagerly await the Bill and further information to assess the extent to which it will meet the Government’s objectives and industry demands to support the wind, solar and nascent green hydrogen market. We set out below some key points to consider from the information released last week.

What are diversification leases?

Diversification leases are undoubtedly the headline act as the apparently new form of land tenure was positioned as the key to unlocking WA’s renewable energy potential to allow diversification of WA’s economy.

Under the LAA, pastoral leases only allow the relevant land to be used for pastoral purposes and large scale renewable facilities are not permitted pastoral purposes. The Government has previously identified this issue given pastoral leases over Crown land cover roughly 36 percent of WA (90 million hectares), predominantly located in regional and remote areas where WA’s best solar and wind resources are located.

Diversification leases are an alternative to the existing pastoral leases, allowing for a more diversified range of clean energy related land uses to coexist with existing pastoral and mining land uses. Such uses clearly contemplate solar and wind farms, which provide the renewable energy required to give green hydrogen its colour.

Conversion to the new leases is not mandatory, and there is currently no new conversion mechanism that is proposed by which a pastoralist can be compelled to agree to diversified activities over existing tenure or to surrender their lease in favour of a diversification lease.

In this way, there is naturally a limit to the extent to which land covered by pastoral leases can be ‘unlocked’ by these reforms as it will remain incumbent on clean energy project developers to reach agreement with pastoralists regarding the grant of a diversification lease. 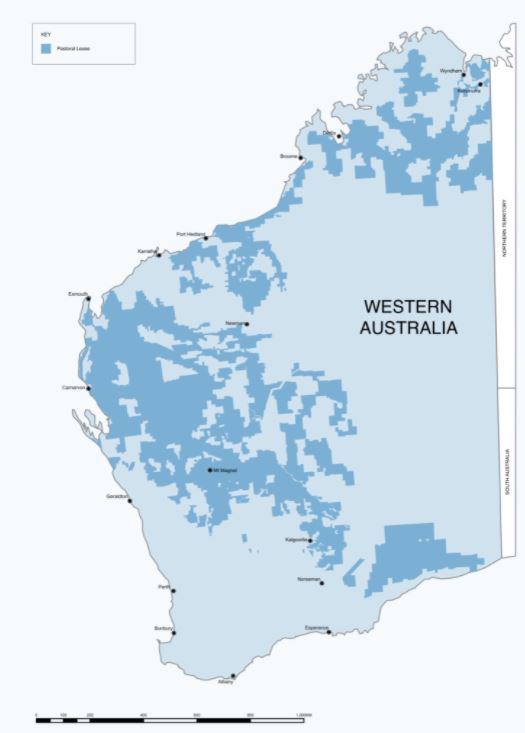 How are diversification leases different?

Those familiar with pastoral leases will be aware of the existing diversification permit. This permit is not transferrable, requires approval after application to the Pastoral Lands Board and may allow for any non-pastoral purposes if the land has been enclosed or improved. The changes brought by the diversification lease are substantively procedural but increase efficiency. The tenure removes the need to obtain a pastoral lease and then a permit, the approval of which is not guaranteed. Renewable energy developers may now obtain a diversification lease from the outset or convert pastoral leases instead of seeking permits approving certain uses. The leases provide increased operational certainty as opposed to permits, and the legal characterisation as a lease rather than a licence provides greater security of tenure. Diversification leases will also be transferrable making them overall a far more commercially-friendly tenure. The ‘conversion’ of a pastoral lease into a diversification lease looks set to occur by way of surrender and regrant. Given the geographic distribution of resources and pastoral tenure, it appears the amendments unlock pastoralists’ ability to market and monetise their tenure for clean energy development, rather than unlocking the land for development itself.

Evidently, the substance of what a diversification lease allows is not too different, but the new framework is aimed at commercial efficiency and viability. However, other amendments allow for more competitive reviews of rent amounts, which we expect the government to leverage by monetising tenure to compensate for the revenue inevitably lost from the transition away from carbon-intensive resources. For more information on what to expect read ‘Decarbonisation: is zero-emission energy a zero-sum game for governments?’ in which we discuss potential areas of monetising green energy, including leases and rent.

Will the reforms streamline the land tenure approvals pathway?

There is no quick-fix tenure option for renewable energy facilities in WA. Potential options include tenure under the Mining Act 1978 (Mining Act), the LAA or contractual arrangements with existing land holders. The availability of and the preference between the current land tenure alternatives in WA depends on a range of factors, including:

The solution may not be limited to one type of tenure, with a matrix of rights and interests being appropriate over the life-cycle of the project and for different aspects of infrastructure depending on the actual land use associated with the infrastructure.

At this stage, it is not clear whether the diversification lease will be suitable across the life-cycle of a clean energy project or whether it is intended to simply be the ultimate form of tenure related to construction and operation of a facility.

In theory, the diversification lease could be seen as a form of tenure to replace existing mechanisms under the LAA for authorising early access for investigative or feasibility works (namely, the ‘section 91 licence’). This could overcome limitations of a section 91 licence, namely their short-term nature and that they do not typically permit construction or operational activities. However, this may be unlikely given the native title processes to be followed for the grant of a diversification lease as discussed below.

Assuming that the diversification lease is therefore intended for the construction and operation of a clean energy facility, this would necessarily mean that the diversification lease is to be utilised in conjunction with other forms of existing tenure under the LAA (such as a section 91 licence) and other rights and interests in the earlier stages of a project. It remains to be seen if the reforms will address transitioning between different stages of the project and different forms of tenure to streamline and provide increased certainty to the land tenure approvals pathway.

Of course, being a non-exclusive form of tenure, a diversification lease may not be appropriate where exclusive tenure is required given the nature of the infrastructure to be constructed. For example, exclusive tenure such as a Crown lease may be required for the hydrogen production infrastructure (such as the electrolyser) or even a solar field where other diversified activities may be incompatible. This lends weight to our initial views that a diversification lease may not be intended as a one size fits all tenure option, but an additional tenure option forming part of the matrix to be used at certain stages or for certain types of infrastructure or land uses.

Whilst the Government’s announcements provide little context, it appears a number of other changes are proposed to overcome legislative limits or deficiencies that may benefit clean energy projects:

The Government has confirmed that the reforms will not impact existing native title requirements and that the conversion to or grant of a diversification lease will constitute a future act under the Native Title Act 1993 (Cth) that will most likely require an indigenous land use agreement (ILUA) with the relevant native title holders.

Until the carbon farming market develops, the time and cost in negotiating an ILUA will present difficulties or a barrier to diversified land uses associated with carbon farming.

The fact that renewable energy projects can, in theory, continue indefinitely has created a new dynamic in ILUA negotiations for the first green hydrogen projects that are emerging. These reforms do not alter this dynamic as project proponents and native title holders seek to quantify the scale of opportunity presented by this new industry.

There is also now a statutory requirement for the Pastoral Lands Board to have a member appointment by the Minister for Aboriginal Affairs “from among Aboriginal persons with experience in pastoral leases” in addition to a “person with expertise in the field of flora, fauna or conservation land management”. These appointments would make a valuable contribution to the Pastoral Lands Board in its role going forward.

The information released so far is relatively limited, as expected at this stage.