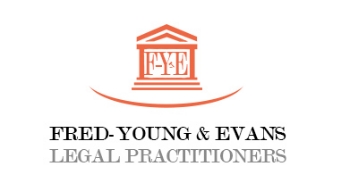 What are the eligibility criteria for initiating liquidation procedures? Are any entities explicitly barred from initiating such procedures?

The Companies and Allied Matters Act (CAP C20, Laws of the Federation of Nigeria, 2004) provides a list of persons eligible to initiate a liquidation procedure, including:

Insurers are barred from initiating liquidation procedures. The Insurance Act 2003 provides for the liquidation of insurers on the petition of either 50 policyholders or the National Insurance Commission. Section 33 of the act prohibits the voluntary winding up of insurance businesses, except for the purpose of effecting an amalgamation, transfer or acquisition.

The Banks and Other Financial Institutions Act (CAP B3, Laws of the Federation of Nigeria, 2004) prohibits the restructure, reorganisation, merger or disposal of interests in banks without the prior consent of the governor of the Central Bank of Nigeria.

What are the primary procedures used to liquidate an insolvent company in your jurisdiction and what are the key features and requirements of each? Are there any structural or regulatory differences between voluntary liquidation and compulsory liquidation?

Section 401 of the Companies and Allied Matters Act provides the three major procedures used to liquidate (also known as winding up) an insolvent company in Nigeria:

Court-ordered winding up A company may be wound up by the court if:

Voluntary winding up The members of a company may voluntary resolve to wind up the company if:

Court-supervised winding up This occurs where a company passes a resolution to wind up the company and makes a petition to the court to supervise the process. The court may order the company to be wound up subject to its supervision and provide creditors, contributories and others with the right to apply to the court. The winding up will be effected on such terms and conditions as the court thinks just.

How are liquidation procedures formally approved?

Liquidation procedures are approved depending on the procedure adopted.

For members’ voluntary winding up, the company will pass a board and company resolution to wind up the company and appoint a liquidator, after which a copy of the resolution, a statutory declaration of solvency and all others documents must be filed with the CAC. The registrar of the CAC will approve the procedure once it is shown that all documents filed with the CAC are in accordance with the act.

For creditors’ voluntary winding up, after a meeting of the creditors, a liquidator is nominated to liquidate the company’s assets.

What effects do liquidation procedures have on existing contracts?

What is the typical timeframe for completion of liquidation procedures?

It usually takes between 12 and 24 months.

How is the liquidator appointed and what is the extent of his or her powers and responsibilities?

Under Section 422 of the Companies and Allied Matters Act, the liquidator is appointed by the court. The liquidator’s powers and responsibilities include:

The liquidator has the power to:

What is the extent of the court’s involvement in liquidation procedures?

During a liquidation procedure, the courts are greatly involved and have significant powers. First, the court – particularly the Federal High Court – has jurisdiction to wind up a company, whether in a creditors’ voluntary winding up or liquidation caused by a court-ordered winding up.

The court will hear petitions for the winding up of the company on application by the company or its creditors, official receiver or contributories.

During a winding up, the court can stay or restrain proceedings against the company. Once the court has appointed the liquidators, it will order the delivery of the company’s properties to the liquidator after a winding-up order has been made, as well as order that payments be made to the liquidator’s account. The court has the power to exclude creditors that failed to prove their claims within the fixed time limit or prevent them from benefitting from any distributions made before the debts are proved.

What is the extent of creditors’ involvement in liquidation procedures and what actions are they prohibited from taking against the insolvent company in the course of the proceedings?

A creditor can present a winding-up petition when the company is unable to pay its debt. The Companies and Allied Matters Act provides that before a petition is filed in court, the creditor must be able to establish that the debt owed by the company exceeds N2,000 and that the company failed or refused to pay this amount after a statutory demand notice had been served on it.

However, a liquidation petition does not automatically lead to liquidation. The court has unfettered discretion to:

During the course of proceedings, creditors cannot exercise their right to enforce their security, as any attachment of or execution against the company’s assets after commencement of the proceedings will be void. Further, no recovery action can remain against a company after the commencement of a winding-up petition, as the court would readily stay the proceedings of such action in favour of a winding-up petition. Any execution levied by the judgment creditor on the company’s assets in the process of winding up will be rendered void.

What is the extent of directors’ and shareholders’ involvement in liquidation procedures?