Law is only half the equation 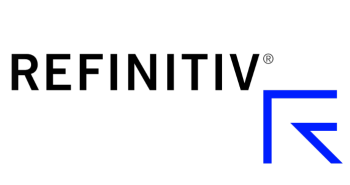 Life can be chaotic and dangerous, so governments were created to enact and enforce laws to persuade the actions of the people under their rule in an attempt to establish order. However, laws only manipulate the environment in which people live, not their desires. And the amount to which they change the environment is almost entirely based on how thoroughly the law is enforced and harsh the penalty.

Often law makers seem to see the laws they enact as the final word on the matter and do not perceive that the laws only change the landscape in which people and businesses operate but rarely has any direct impact on their needs and desires. As such, laws at best only manage half the equation, limiting access to a means to an end without altering the endgame itself.

This is in part due to the fact that in most countries today the laws are decided upon by elected officials. Because these politicians are concerned with being reelected, they are less likely to focus on the causes of issues in society, but instead focus on symptoms. Politically speaking, it is far more dangerous to critique the desires or culture of the electorate than to manage the symptoms of those desires.

Our lives are made up of the culmination of our actions, and the actions of others. Some people start out life wealthy, while others do not, but despite our varied lots in life, in the words of Goethe, “it's only action that can make a man.”

There are two major components that dictate our actions, one being the environment, the other being our desires. The environment within which we all live is one of scarcities and rules, with the resources available to each individual being far from being uniform. Desires are more innate to an individual’s personality, based upon phycological, religious, cultural, and educational factors.

In other words, the environment presents the options we have and our desires determine which option to take. A poor man cannot purchase a million-dollar yacht on a whim as his means do not provide him that opportunity, but that same man will not order a meal to which he is allergic, despite it being available to him.

The terrorist attacks, mass shootings, and gang violence throughout the world have led to discussions of controlling weapons in western countries. However, each time a restriction is put in place, a different means of inflicting harm is used. The desire to inflict death and terror outweigh, in their eyes, the deterrent of any weapons law. The laws may limit the damage these individuals are able to do, but are not likely to stop an attack from occurring.

Similarly, within a business, issues outside of the office can drive individuals to make undesirable decisions and actions regardless of laws or policies in place. A large gambling debt or an ill family member for which they cannot pay the bills could drive an employee to commit acts of fraud or other crimes as the fear of loss or harm from these external sources outweigh that of punishment for breaking a law or policy.

Even in the absence of external forces like those noted above, laws can have unintended consequences. Good laws, like a fence along the edge of a cliff, can keep people safe, but too many barriers can inhibit healthy growth and make people feel trapped, and even romanticise the very thing the government has tried to prevent.

For example, in the 1920’s alcohol was prohibited by law in the United States, with an initial drop in consumption as people were unsure how strictly the law would be enforced, but the ban made drinking something exciting and romantic leading to an increase in both production and consumption, returning to pre-prohibition levels well before the ban was repealed.

In the business world, laws enacted can have a similar effect on the business environment. But they can also have serious implications as both businesses and laborers will find alternatives to fulfill their needs and desires, and sometimes the alternative is worse than the original concern. When regulations are too restrictive, companies may move offshore, lowering the potential tax revenues available to the government. In some poorer regions, when minimum wages are raised drastically or strict controls suddenly imposed, crime and prostitution will spike as former workers move towards other means of making money while the market adjusts.

On the other end of the spectrum, a wealthy and well-regulated business environment can create an overconfidence and sense of security where cons have been able to steal millions of dollars such as with Bernie Madoff. Many of his victims were sure that the regulatory bodies would protect them and that they could trust him. Unfortunately for them, despite his getting caught, there were not enough funds recovered to repay the funds that were lost.

While the examples listed above may be a bit extreme, for the average person, laws generally deter people from doing something, but only just. As soon as a loophole or alternative means of fulfilling the desires of the populous are found people will bypass the law and move on with life.

How many people do you know that actually drive the speed limit? Governments have dictated clearly defined speed limits for most major roadways, yet almost no one follows these laws as written. Many people in the United States will drive five to ten miles per hour faster because they want to get to where they are going quickly and do not feel that the likelihood of getting caught or the potential punishment is enough of an inhibitor to keep them from speeding. In this particular case, the laws have in a way aligned with the social norms and desires in many regions to the point where it is almost expected that a driver go slightly faster than the speed limit, but no more than that, and breaking of those norms bring social consequences, and not just legal ones.

Despite the platitudes and promises of politicians to fix the ills of society, it is full of individuals with unique views and desires, where some will follow the law out of respect for the law itself, others will follow it out of obligation or fear of punishment, but a few will continue to disregard the law altogether.

In the 16th Century, the Netherlands grew quickly following its battle for independence, largely in part to its openness and willingness to trade with anyone, regardless of religion race, or political views. This lack of trade regulation was however coupled with a very strict religious and social order where businessmen held themselves to very high standards. This combination led to an empire that lasted for centuries. Compare this to any strict dictatorship where there are many laws and trade is highly regulated, but with little emphasis given to ethics and the difference is striking.

In business, the same can apply. A business may operate in a largely unregulated environment, but if it hires ethical employees and provides a culture of ethics and compliance for them to operate in, the lack of regulation is largely going to be mitigated. On the other hand, no matter how established and well-regulated a business environment is, if employees are not encouraged to act ethically and are indifferent to the laws that are in place or have an incentive to disregard the law, that company is destined for struggles and punishment.

While laws are often presented as a panacea by the politicians that champion them, they only impact half the equation, and it is still up to each individual, company, employee to follow those laws and conduct themselves in an ethical and compliant manner.

In Business, unlike politics, most leaders do not have to be worried about being voted out of office by their employees, and therefore have more staying power and ability to have an impact on company culture, not just policy. While the laws will continue to try to control the symptoms of social ills, an ethically operated company with trustworthy employees will always be a step ahead.

The next time an issue arises in your company or industry, don’t just consider how to regulate it with policies or controls, but take a step back and look to see if culture played a part. Is the issue due to the lack of guidance and protections, or is it due to a disregard thereof?

Changing culture is not easy, and just like with individuals, an epiphany that changes someone overnight is rare. But being the example of the ethical behavior you want to achieve will go a long way in working towards a culture that deals with its problems directly, being proactive, rather than in perpetual concern as to whether the Company will be able to cope or comply with the latest change in law or regulation.