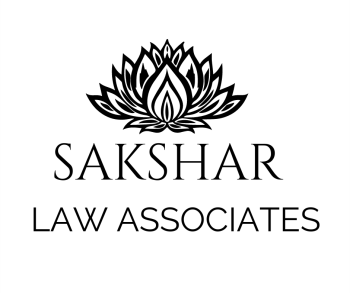 Multi - Level Marketing and plethora of Legal issues it presents

Multi-level marketing is also commonly known as Pyramid Selling Scheme, Referral marketing and network Marketing. In 2005, an FICCI report was compiled by KPMG according to which direct selling comes out to be at INR 75 billion market in India.  While direct selling business constitute significant self-employment opportunities and tax revenue across the country, marketing on the other hand is the strategy which is used mostly by pyramid structure companies for the purpose of selling products and services wherein workers have a dual role of sales people as well as buyers and thereafter the revenue of an MLM company is derived from their non-salaried workforce the core idea behind this is to make MLM companies in India or across the world maintain some number of sales by the virtue of which the burden of selling and distribution of the products and services is not put on the workforce alone. Avon, Forever Living, Mary Kay and Amway are some of the most prominent MLM Companies in India. These companies floated all over the Indian market with an aim to increase the direct sales and provide employment opportunities targeting retired persons, unemployed people and housewives. In 1995, the multi-level marketing business plan was a major booster in the Indian business industry with Oriflamme being the flag bearer of network marketing in India. Soon after Tupperware Launched its multilevel marketing the Indian market was flooded with MLM business opportunities. As per DSN, today Amway is the fastest growing MLM company in India[1].

The scheme of acquiring bucks based upon the performance of the network marketer and earning commission based remuneration is largely seen as a very cost-effective method of earning by sitting at home which eventually open the doors for opportunities under the MLM business in India. This type of a business only works on the direct selling models wherein there is no involvement of a middleman and a buyer directly purchases a product from the company itself.

While multi-level marketing has its pros around the world, in India, due to the weak regulatory framework the MLM industry has become an easy pathway for fraudulent practices or schemes that offer quick bucks and bring negativity to the entire sector. Till date, it has been noticed that many a times the companies are not selling a legitimate physical product or a service, they do not have a bank account in a nationalized bank or they do not pay taxes, there might not be a refund policy or they might not have a local office or the company is perhaps not listed as a legitimate business with the government which is the reason as to why today if someone is being lured to get into a direct selling business or a pyramid scheme the above mentioned aspects are certain things that one should take into consideration.

Legality of multilevel marketing in India

In India, network marketing as well as multi-level marketing schemes are legal however, there are certain exceptions to it which categorises certain businesses as illegal multi-level marketing since they maliciously aim at trapping innocent customers who are keen to invest in MLM schemes while in reality there is no actual trade of goods and services directly by the investors or even the promoters.

Instead there lies a vague and false promise that the returns shall be gained by the investor over a period of time. Such promises never come into effect and leads to rendering of huge losses to the investors. Due to the very same reason the Government of India has categorized and identified few forms of network marketing fraud strategies as illegal in our country with the purpose of safeguarding such consumers. Hence, under the Direct Selling Guidelines, 2016 and the Prize Chits and Money Circulation Schemes (Banning) Act, 1978, such network marketing schemes are illegal in India.

Listed below are the schemes that are illegal in India:

“any scheme which assures quick and easy earning money from another in order to invest it into a ‘money circulation scheme' means any scheme for making quick or easy money or for receiving any money or valuable thing as consideration for a promise to pay money” or “On any event or contingency relative or applicable to the enrolment of members into the scheme, whether or not such money or thing is derived from the entrance money of the members of such scheme or periodical subscriptions”.

2. Pyramid Schemes - A scheme through which an organizer builds a structure of a pyramid which initiates with one person who represents the tip of the pyramid is known as a pyramid scheme in Indian law.

Generally, in such a scheme one person recruits another who works under him or her and is required to invest certain amount which is paid to the first recruiter. Since the person who was recruited by the initial recruiter has to make returns on his investment he then in turn recruits more investors who wish to invest a fixed sum of money and this goes on giving rise to a chain of pyramids. A statement[2] was released by the Reserve Bank of India in 2015 warning investors against such pyramid scheme frauds that leaders customers by promising high returns and thereby runs on his team member subscription fees. It was also stated by the RBI that such Pyramid structure schemes, MLM or chain marketing promises quick or easy money upon the enrolment of members. It was advised by the RBI that the public should not be tempted and should not buy such promises of impractically high returns that are offered by some multilevel marketing companies that run Chain marketing or pyramid structure schemes or network marketing in India.

“a transaction whether called chit, chit fund, chitty, Kuri or by any other name by or under which a person enters into an agreement with a specified number of persons that every one of them shall subscribe a certain sum of money (or a certain quantity of grain instead) by way of periodical installments over a definite period. Each such subscriber in chit fund shall, in his turn, as determined by lot or by auction or by tender or in such other manner as may be specified in the chit agreement, be entitled to the prize amount”.

The way the chit fund system works is that there is a group of people who contribute a fixed sum of money into a pool after which any member is allowed to draw a lump sum by various means such as a lucky draw or even an auction. For example if there is a group of 5 people and each person contributes Rs. 2000 a month then the total pool is Rs. 10,000. Thus, on need basis any member can draw the money from the chit fund.

4. Ponzi Schemes - A Ponzi scheme is a kind of MLM fraud in the form of a fraudulent investment scheme that promotes a very high rate of return to its investors. Such returns are paid to the old investors through the means of employing cash inflow that of the new investors. Therefore, the scheme largely relies on a persistent flow of novel investments and subsequently falls apart as soon as the flow of investors stop. Understanding the difference between Ponzi scheme and other types of multilevel marketing schemes such as pyramid structure is extremely essential. A Ponzi scheme involves a single person controlling the funds and also transferring the money from one person to another without having to make any real investments on the money. Once confidence is gained by the investor significantly, other investors begin investing their money thereafter the person with the intention of committing a fraud disappears with all the investments made by the investors. While on the other hand, a pyramid scheme is definitely more structured as the person who initiates the scheme will recruit a bunch of investors and then delegate the task of recruiting future investors to the investors recruited by the first investor or the person who starts the scheme.

In India, while some MLM is legal with actual honest businessmen there also exists MLM fraud with conmens who lure a vulnerable and gullible audience for the purpose of robbing their money. In our country in particular it might be hard to identify a genuine or a fake MLM as a new multi-level marketing scheme is launched almost every other day.

Pyramid Schemes that India fell for in the recent years

The standing committee of Parliament for finance in September 2015 came up with a very hard-hitting report on illegal trade money schemes and the subsequent use of multi-state cooperative societies to launder money. This particular report was released as a result of major chit fund scandals across Orissa, Bengal, Rajasthan and Maharashtra. The conclusion was similar to what the direct selling industries have been lobbying for over years now. It aimed to create a compulsory registration process and a regulatory framework for all the direct selling businesses in order to provide an oversight mechanism along with clarity on whether or not they are legitimate direct sellers or pyramid/Ponzi schemes. Multilevel marketing schemes have been very prevalent in our country for over two decades now and with the increasing number of cases of such Ponzi schemes there is a dire need for introduction and implementation of strong government policy.  While these pyramid schemes are thriving in India the masterminds behind these schemes is perhaps making money sitting in abroad. No one tends to wonder how it is mathematically possible to make the kind of profit that these MLM schemes claim to tempt people. Just like SEBI is in charge of formulating policies and regulating the mutual funds to protect the interest of the investors, there must also be a government body with the sole purpose of regulating these companies which come up with MLM schemes to protect the investors says Dr V.K Saraswat, NITI Aayog member and former DRDO chief.