It has not been officially announced yet, but President Donald Trump tweeted today (see below) that products on the yet-to-be-finalized Tranche/List 4 of imports from China valued at $300 billion will be assessed a 10 percent tariff starting September 1. While noting that this week’s trade negotiations between the U.S. and Chinese governments were constructive after faltering in May 2019 (see Trump and Trade Update of May 14, 2019), the president stated that China has yet to purchase any agricultural products and has not made any effort to reduce its sales of fentanyl, which China had agreed to do in June during a meeting on the sidelines of the Group of 20 summit in Japan. It appears that the president will now instruct USTR Robert Lighthizer to implement this 10 percent tariff under Section 301 of the Trade Act of 1974. 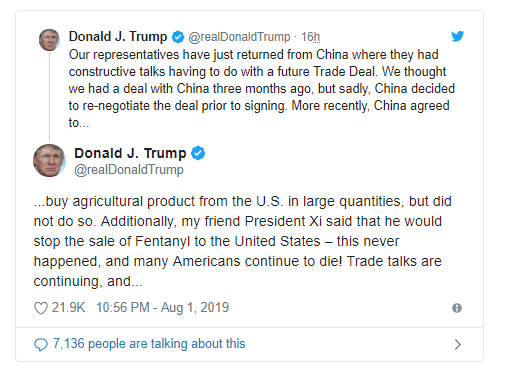 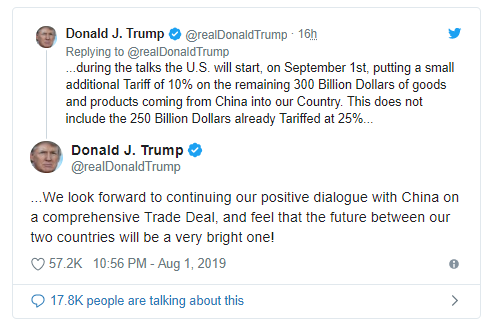 Trump and Trade will continue to monitor and report on this latest development in the U.S.-China trade war.