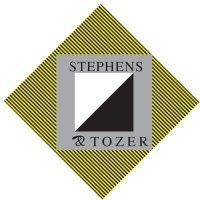 The move of the business world towards paperless offices and cloud-based computing has taken a hit recently, as fingers are pointed near and far over the failure of the first digital census. Everything from international hackers to insufficient resources have been blamed, as households around Australia go back to the future and order a paper copy of the census.

Law firms have traditionally been the realm of box upon box of paper files, however, a recent decision of the English High Court has given the green light to the use of digital techniques in preparation for trials.

In the case of Pyrrho Investments Limited & Anr v MWB Property Limited and Others [2016] EWHC 256 (Ch), lawyers for both sides had to manually consider over three million documents for relevance and importance as part of the disclosure process, not only prolonging the litigation, but increasing the cost for clients.

In making reference to practices in the United States and Ireland, the Court approved the use of predictive coding, a system of document review incorporating both computer algorithms and manual document checking in determining which documents are relevant in the matter. This software has been around since 2011, and has been used to a limited extent by firms around the world, but has only been endorsed by the Courts in Pyrrho to date.

In the judgment, the Court demonstrated a forward thinking approach in endorsing the technology, noting that accuracy would be improved rather than sacrificed with the implementation of a partially automated process. Further, as the costs savings realised using predictive coding would be in excess of several million pounds, the parties to the matter would directly benefit from the reduced cost of disclosure.

As this technology now has Court approval in England, it is more likely to be embraced by firms around the world. The use of predictive coding can allow a firm to review client documents more efficiently and effectively, providing for a quicker litigation process, and also a reduction of cost for your matter.

In working to resolve your dispute, we aim to achieve the best outcome for you, while also remaining conscious of minimising cost. Providing your documents in digital form is the first step in using technology to reduce cost for your matter, and as the decision in Pyrrho shows, the legal sector is ready and willing to adopt the innovation boom.