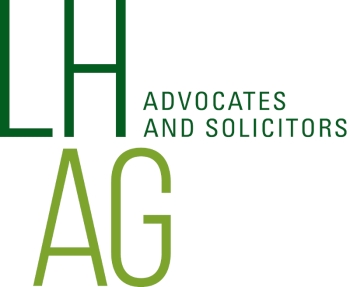 The Inland Revenue Board ("IRB") has recently issued the following tax audit frameworks, which takes effect from 1 May 2022 onwards:

Notably, the updated provisions relating to penalties are particularly significant.

Imposition of penalties at a graduated scale

b) The Director General of Inland Revenue ("DGIR") has the discretion to abate or remit any penalty imposed under Section 124(3) ITA.

Unsurprisingly, the practice of automatically adopting the fixed penalty rate of 45% laid down in the Frameworks have been criticised by the High Court as "mechanical" in Toxicol7 . The Court reminded that the imposition of penalty under Section 113(2) ITA is not mandatory, and the DGIR is vested with a discretionary power in which he must properly exercise in deciding whether penalty should be imposed in a particular case.

Pursuant to the latest frameworks, Section 113(2) ITA penalties will be imposed on a graduated scale as follows:

a) If the taxpayer has not been penalised under Section 113(2) ITA during the relevant period, any audit findings beginning 1.5.2022 involving the imposition of Section 113(2) ITA penalties shall be considered as the first offence, with a penalty rate of 15%.

b) Conversely, if the taxpayer has been penalised under Section 113(2) ITA during the relevant period, any audit findings beginning 1.5.2022 involving the imposition of Section 113(2) ITA penalties shall be considered as the second offence, with a penalty rate of 30%.

Significantly, the 2019 Framework also states that no penalty shall be imposed under Section 113(2) ITA in audit cases involving technical adjustments ("pelarasan teknikal"). This, in the context of the Frameworks, refers to cases involving differences in interpretations of tax legislations, which is determined according to the facts and issues of each case. However, this consideration does not apply in cases where the IRB has issued Public Rulings / Guidelines / Practice Notes / Rules / Exemption Orders etc.

The DGIR's / IRB's recognition that the imposition of penalties may not always be appropriate is to be welcomed, especially in areas of uncertainty. This is also consistent with the decisions of the courts in tax cases that where the matter arises because of a technical adjustment, such as the differing views in the interpretations of statute or legislation, penalty should not be imposed8.

The implementation of the updated frameworks in respect of the imposition of penalty should be welcomed, as taxpayers would now have the legitimate expectation that:

a) Penalties would be imposed at a graduated scale pursuant to the number of offences committed. For instance, a first-time `offender' can expect to be penalised at the rate of 15% only, and not more.

b) Penalties would not be imposed in cases involving technical adjustments, i.e., differences in the interpretation of legislations on which the DGIR / IRB have not published any relevant guidance before9.

Whether the DGIR / IRB's assessing officers on the ground would adhere to these changes still remains to be seen. However, at this current juncture, it would be suffice to note that any failure by the

IRB to adhere to their own frameworks could potentially be challenged by taxpayers.