The Department of Homeland Security (DHS) has proposed a new fee schedule designed to mitigate an approximate $1.3 billion shortfall in the annual budget of U.S. Citizenship and Immigration Services (USCIS). According to DHS, immigration fees would increase by a weighted average of 21 percent across the board. In reality, however, the fee changes would not affect all immigration benefits equally. Fees for some commonly used classifications are set to go up significantly. Fees for petitions for L visas, for example, would increase by 77 percent.

The following is a sample of the fee changes proposed for some of the most commonly used business immigration forms. 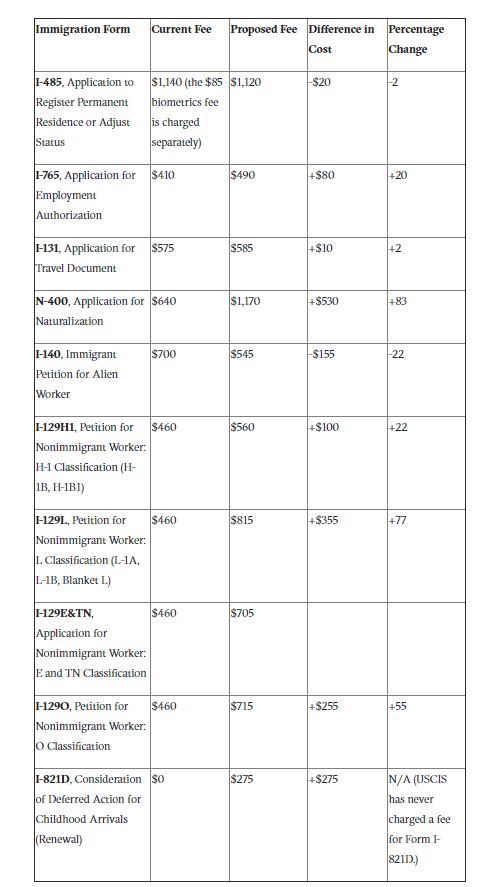 If formalized, the proposed rule would impact more than immigration fees. DHS has also announced the following process changes:

The proposed fee schedule and related changes have no immediate effect; the rule must proceed through the federal rulemaking process before it can be finalized. The proposed rule is open for public comment through December 16, 2019.