Expectations are high for future growth

The outlook for M&A in Israel is resoundingly positive, and optimism among market participants is running high. Convergence in the technology sector and demand for tech investments among financial sponsors plays to the country's strengths. Overseas investors are making more deals than ever before, and the country has had its best year for M&A on record.

The significant demand among overseas acquirers to access Israel's technological knowhow is a key driver of activity. The advances that Israeli companies have made in recent decades have put them at the vanguard in areas ranging from cybersecurity to autonomous driving, and there is no sign that demand for these premier assets will abate.

"Israel is attracting increasing interest for its technology assets. This demand is silently creating competition for assets as businesses want to keep this newfound destination a secret," says an executive of an Israeli insurer.

Another reason for this optimism is the impact that Israel's Anti- Concentration Law is having on the investment climate within the country. The legislation dismantles the country's "business pyramids"—multi-tiered holding companies that own businesses in multiple sectors—in a bid to lessen their political influence and boost market competition.

Passed in 2013, the law has been phased in gradually. The country's business pyramids were given four years to consolidate their holdings into three tiers, with a further two years to reach the two-level limit permitted by law. For one executive of an Israeli PE firm, the effects of this process are beginning to be felt: "The concentration of businesses in Israel is slowly diluting and there is suddenly a wave of opportunities that have shown up in the country. We had planned a certain set of deals to complete over the next 12 months, but looking at the available prospects, our expectations have been exceeded."

For certain domestic corporate acquirers, particularly those with an already diverse asset base, the law may be more of a hindrance than a help, as some deals are more likely to be blocked.

But the majority say that access to acquisition financing will improve, with 64 percent anticipating greater availability of debt over the next 12 months. This compares favourably against the 44 percent who said the same a year prior. 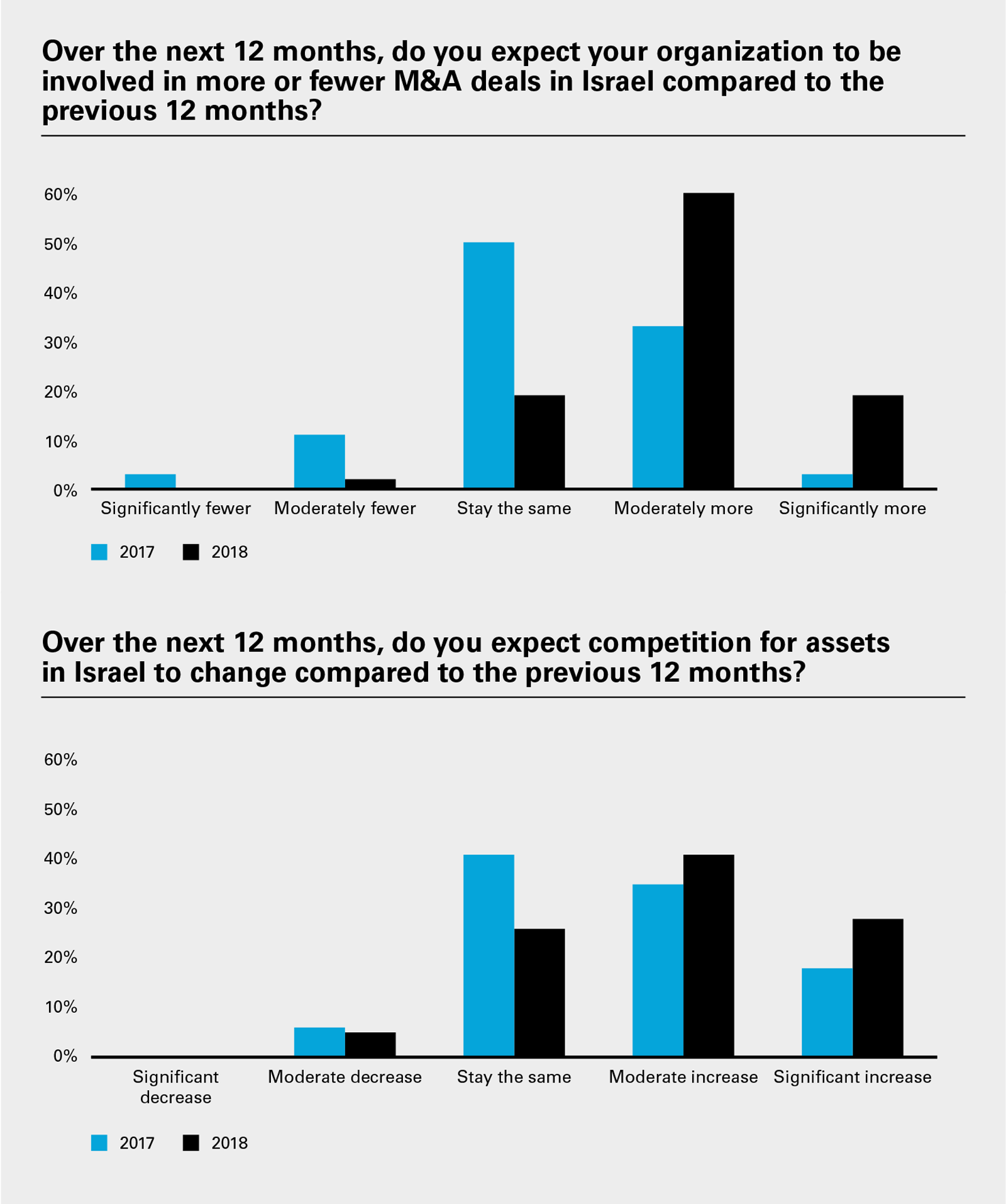 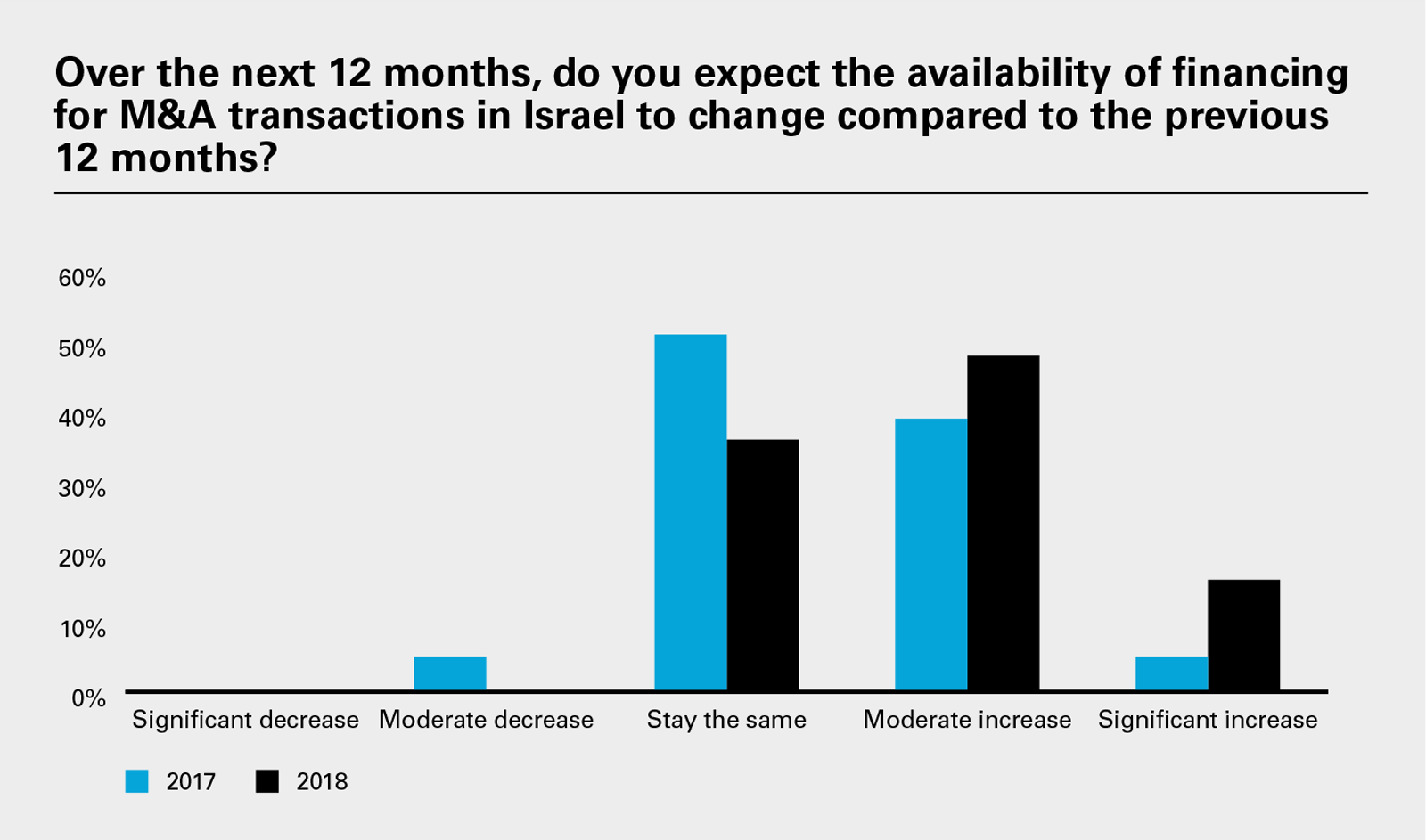