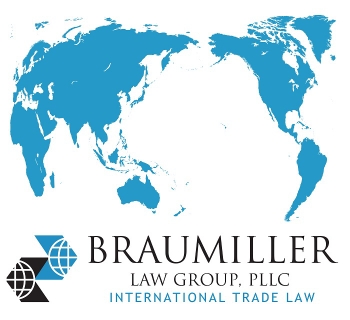 U.S. Department of Homeland Security (DHS) data shows that between the years 2000 and 2018, seizures of counterfeit goods at U.S. borders have increased 10-fold, from 3,244 seizures per year to 33,810. In response to this surge, in April of last year, the Trump Administration published its Memorandum on Combating Trafficking in Counterfeit and Pirated Goods, prioritizing the U.S. Government’s fight against illicit trade in counterfeit and pirated merchandise on the grounds that it is inflicting significant harm on American consumers and businesses including threats to national security and public safety.

As a follow-up to the Memorandum, on January 24, 2020, DHS published its report to the President Combating Trafficking in Counterfeit and Pirated Goods, which provides an in-depth analysis of the problem of trade in counterfeit merchandise in the U.S. and provides definitive steps the government will be taking to counteract the problem. The report also includes extensive outreach to the private sector to enlist their aid in stopping the flow of counterfeit merchandise in e-commerce.

DHS’s report announced that despite public and private efforts to-date, the online availability of counterfeit and pirated goods continues to increase, and that strong government action is necessary to fundamentally realign incentive structures and thereby encourage the private sector to increase self-policing efforts and focus more innovation and expertise on this problem. The report announced 11 specific actions it would be immediately undertaking and made recommendations for other departments and agencies to combat the trafficking of counterfeit and pirated goods.

The specific 11 actions are as follows:

These actions include approaches familiar to the importing community, but also include new initiatives especially tailored for e-commerce. Earlier government pronouncements acknowledged that large online retailers reaped substantial financial benefit from sales that included counterfeit merchandise, and that more must be done by these private entities to combat the problem. This is reflected in the number one initiative which holds these entities more responsible for the actions of their suppliers/sellers. Further, CBP has been seizing merchandise suspected of being counterfeit with increased regularity and holding importers accountable by imposing significant penalties. However, the newer initiatives recognize the special challenges associated with e-commerce and the incidence of increased individual shipments of smaller value such as initiative 5 – Leverage advance electronic data for mail mode, and 8 – Create modernized e-commerce enforcement framework.

The DHS report also acknowledged that the announced government initiatives alone cannot adequately address the problem, and that further efforts by private e-commerce platform sellers are required. The DHS report lists 10 “best practices” for the private sector e-commerce community that it intends to monitor to the full extent of the government’s authority. These include instituting comprehensive “Terms of Service” agreements, enhanced vetting of third-party sellers, and rapid notice and takedown procedures. However, DHS advises that the main thrust of the best practices is the idea that e-commerce platforms, online third-party marketplaces, and other third-party intermediaries, such as customs brokers and express consignment carriers, must take a more active role in monitoring, detecting, and preventing trafficking in counterfeit and pirated goods.

While the willful or knowing importation and sale of counterfeit or pirated goods is clearly illegal, and warrants a harsh response, sometimes the counterfeit nature of merchandise, or the culpability for the importation of merchandise subject to Intellectual Property protection is not so clear cut. The DHS report describes counterfeiting as selling fake goods as authentic goods — for example, a copy of a Louis Vuitton bag or Rolex watch fraudulently sold as the “real thing”. However, in many cases merchandise may bear less prominent consumer recognized branding or trademarks that may be applied by the manufacturer that may be appropriately licensed by the trademark owner, but this information is not available to CBP at the time of import resulting in seizure. Or, merchandise bearing a manufacturer-licensed trademark also bears an importer-owned trademark resulting in a combination possibly requiring additional licensing. In these cases, there may not be any previous knowledge of noncompliance by the importer. Furthermore, there is also a good possibility that the merchandise can ultimately be released upon a showing that the proper licensing was in fact in place at the time of import, or in certain cases, trademark owners may permit the correction of any licensing issues following seizure provided all licensing requirements are made current.

For these reasons, whether an importer is importing merchandise either for sale via e-commerce, or through brick-and-mortar channels, they should make sure all trademark usage is fully understood both on the product itself and on the packaging, and that all patented technology incorporated into the product is fully licensed if applicable. Do not assume that the manufacturer has taken care of all the licensing requirements, and challenge all assertions that the products are fully compliant if this is based on supplier produced certificates, etc. Also, provide proof of appropriate licensing to your customs broker so this can be on hand to immediately rebut any claim that the merchandise is counterfeit in the event of an inspection or detention by CBP. Once the goods are seized or detained, it can be very difficult to generate all required documentation in a timely fashion. So in this case, an ounce of prevention is truly worth a pound of cure.

Challenges in the Brazilian construction sector