A few days ago, the good folks at Winn-Dixie found themselves – along with their vendor Bacardi – named in a purported class action suit in the Circuit Court of the Eleventh Judicial Circuit in and for Miami-Dade County, Florida. A copy of the complaint is here.

And what, good reader, gave rise to the ire of the purported class action plaintiff? Grains of paradise. 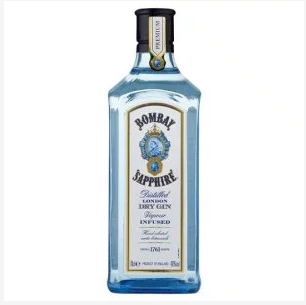 Etched on the side of the Bombay Sapphire bottle is a list of various hand-selected botanicals which – according to Bombay – are included in their gin. Grains of Paradise are among those listed. But, unfortunately, grains of paradise are also listed in another media: the Florida Statutes. Specifically, Section 562.455 Florida Statute provides as follows:

Adulterating liquor; penalty. – Whoever adulterates, for the purpose of sale, any liquor, used or intended for drink, with cocculus indicus, vitriol, grains of paradise, opium, alum, capsicum, copperas, laurel water, logwood, brazil wood, cochineal, sugar of lead, or any other substance which is poisonous or injurious to health, and whoever knowingly sells any liquor so adulterated, shall be guilty of a felony of the third degree. . . (emphasis added)

A few thoughts spring to mind. First of all, would it have been too much to ask the Florida legislature to use the scientific names of the various adulterating substances? I mean, if you spend some time online you can see that Grains of Paradise is a common name for Aframomum melegueta (of course you probably already knew that). But when you use a colloquial name for a substance aren’t you asking for confusion?

Second – is there actually booze out there that’s being doctored with opium? Personally, I have always suspected the presence of opiates in more than a few food products (seriously, why is it so hard to eat just one donut?). But in hooch? Feels like a stretch in today’s market.

And then of course there’s the question of what – exactly – one is to do with the notion that a formula for a spirit might be approved by the TTB and nevertheless be alleged to run afoul of the beverage laws of a state. If the product is already approved and bottled for sale with the grains of paradise in it, does that exempt it from the purview of the state statute? That doesn’t feel exactly right in the context of our state-by-state approach to alcohol laws. Alternatively, what exactly does “adulterate” mean for purposes of the statute? Is this a situation where if the bottle had the substance in it when it left the factory it would be legal but if you added it to a cocktail you were pouring on premises that would be illegal? That too seems like a bit of an odd result.

So what gives, Florida? Will be interesting to watch this develop.