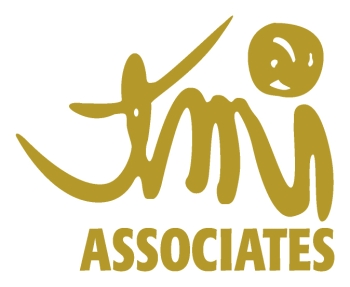 Do the authorities recommend additional cybersecurity protections beyond what is mandated by law?

As stated in question 2, under the Basic Cybersecurity Act, the obligations for critical infrastructure operators, cyber-related business operators, university and other educational and research institutions may be prescribed in a more concrete manner by the promulgation of specific laws and regulations in the future. These may also include guidelines for strengthening cybersecurity. For example, on 27 July 2018, the Cabinet adopted a revised Cybersecurity Strategy. Furthermore, the Cyber Security Strategy Headquarters published the 4th Edition of the Basic Policy on Critical Information Infrastructure Protection, as mentioned in question 2, on 18 April 2017 (partly revised on 25 July 2018), whereby the following five measures have been promoted:

The guidelines mentioned in question 4, which have been provided from the perspective of information security, would also recommend additional protections.

How does the government incentivise organisations to improve their cybersecurity?

Identify and outline the main industry standards and codes of practice promoting cybersecurity. Where can these be accessed?

With regard to information security, international standards ISO/IEC 27001, ISO/IEC 27002 and ISO/IEC 27017 are principally used in the development of relevant guidelines.

Are there generally recommended best practices and procedures for responding to breaches?

In the event of an accidental information leak at a company resulting from a cybersecurity incident, although the measures to be taken by such company may vary depending on each case, examples of possible measures generally include the following:

Describe practices and procedures for voluntary sharing of information about cyberthreats in your jurisdiction. Are there any legal or policy incentives?

With regard to the voluntary sharing of information relating to cyberthreats, there is no legal or political incentive in particular. From the perspective of information security, however, in the event of an accidental information leak at a company, it would be practically advantageous for such company to make an accurate announcement at an early stage and to humbly take necessary measures to reduce the deterioration of goodwill among its customers. In the Japanese market, there have been cases of huge business losses incurred by companies as a result of deterioration in their corporate image owing to improper handling of information leaks. Risk to reputation must, therefore, be considered a significant business risk that should never be ignored.

How do the government and private sector cooperate to develop cybersecurity standards and procedures?

Is insurance for cybersecurity breaches available in your jurisdiction and is such insurance common?

Insurance products covering ‘cyber risks’, such as standard attacks from outside parties and unauthorised access committed internally, providing coverage for damage arising from personal information leakage or system failure or such similar issues, are generally available. However, most of these insurance products have limited the types of incidents for which insurance benefits can be claimed, and have also limited the place of insured incidents to Japan.