On 17 October 2019 the Commonwealth government introduced the Native Title Legislation Amendment Bill 2019 (Cth) (Bill) to amend (amongst other legislation) the Native Title Act 1993 (Cth) (NTA). The Bill proposes the same amendments to the Act as an earlier amendment bill introduced in February 2019 and which lapsed with the federal election. The proposed amendments to the NTA are the most substantive since the ‘Wik’ amendments in 1998. To assist project proponents in understanding the potential impacts of the Bill, the table below sets out proposed key amendments with the likely implications for existing and future development. 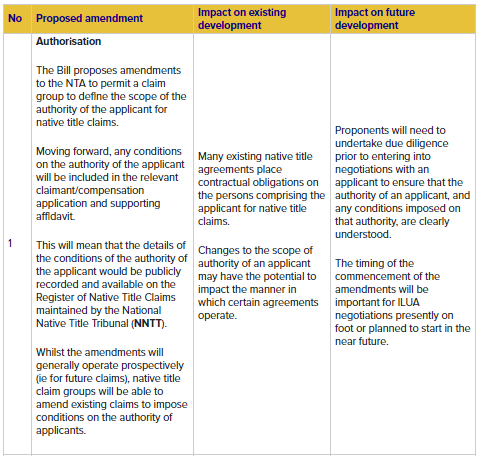 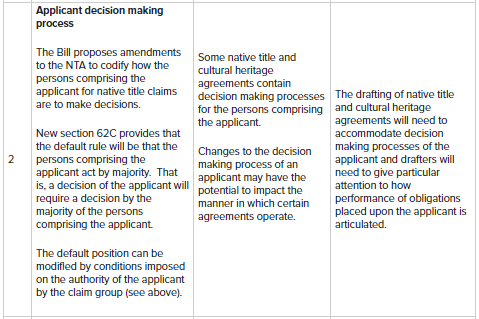 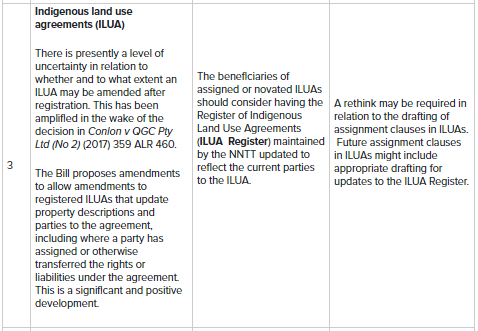 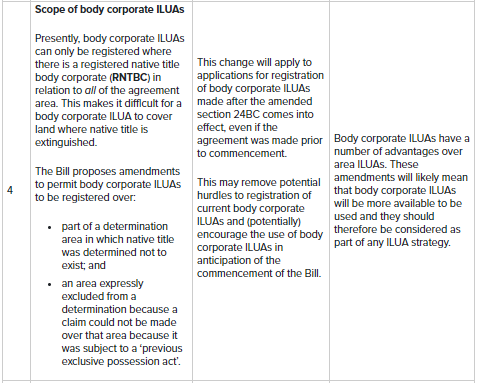 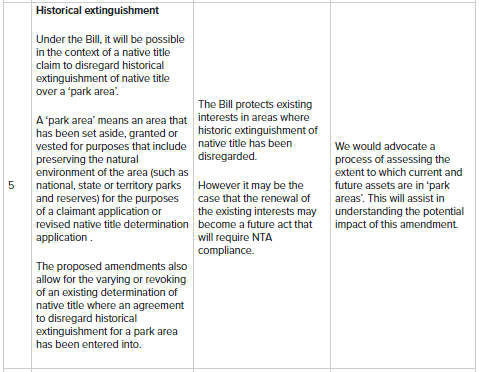 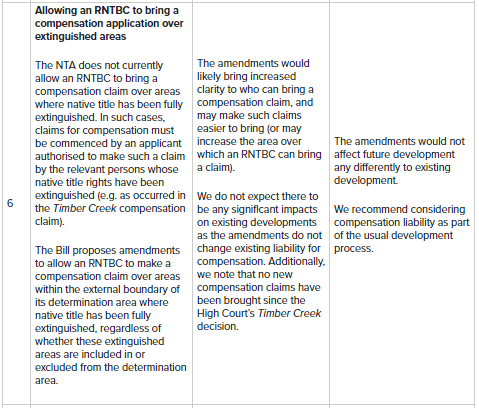 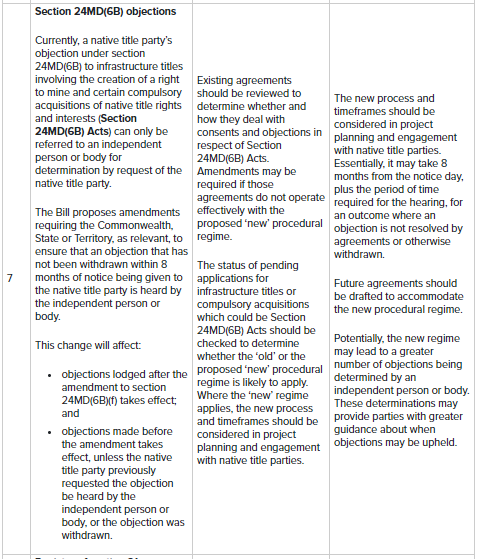 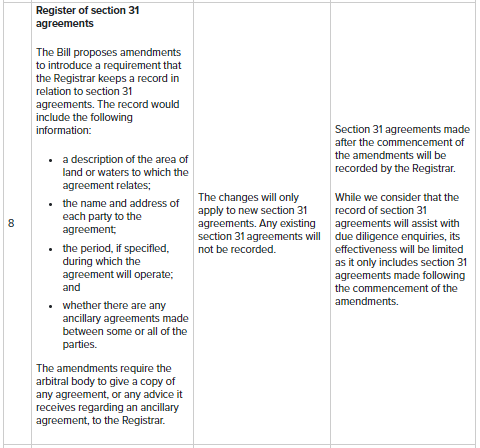 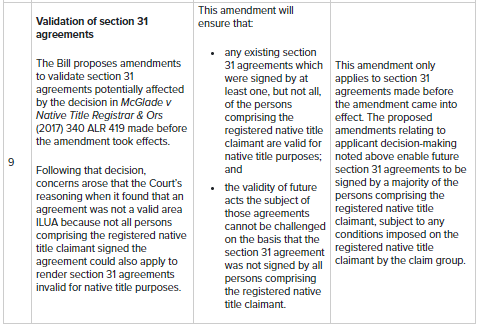