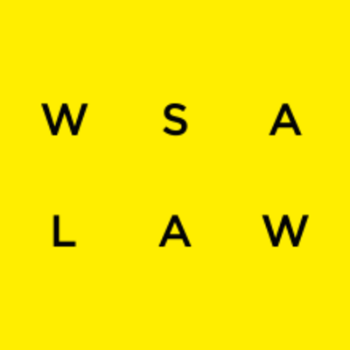 There follows a short summary and assessment of the most significant cases during 2018.

A company had ended an employment contract for an employee's personal reasons; the person had been on sick leave for several years. The employer argued that the employee was permanently disabled for all work tasks at the workplace. The union claimed that the employer had not fulfilled his responsibility to rehabilitate the employee, and that consequently there was no ground for dismissal.

The Labour Court concluded that the employer could, by producing a medical certificate, prove that the disability was permanent and that it was not possible through rehabilitation or by adjusting the work tasks to increase the work ability. Therefore, there were objective grounds for dismissing the employee.

A photographer's employment within a media company was terminated owing to redundancy after 33 years of service. The photographer argued that he was qualified as a journalist and by not offering him a position as a journalist, the company had failed to redeploy him according to law.

The Labour Court explained that it is normally up to the employer to decide what qualifications are required for a certain type of role, including formal and social qualifications as well as personal aptitude. Since the employer could prove that for the journalist position one must be able to independently produce journalistic texts, and that the photographer had no skills or experience for that work, the employer had not failed to redeploy him. Accordingly, there were objective grounds for the termination.

The issue in this case was how to count the length of service after a transfer of undertaking. Several employment contracts had been terminated owing to redundancies at Company A. The employees had previously transferred to Company A, either by transfer or undertaking, from Company B and Company C. The collective bargain agreement applicable for Company B and Company C granted the employees 12 months' notice instead of six, provided they were over 55 years of age and had been employed for more than 10 years.

The same wording was found within the new applicable collective bargain agreement for Company A (and, when the redundancies occurred, more than one year had passed since the transfer). The Labour Court asked the European Court of Justice (ECJ) if Company A had to take into account the length of employment at Company B and Company C. The ECJ concluded that, because the new applicable collective bargain agreement required staff to have been employed continuously by Company A for 10 years, Company A did not have to count the length of service with the previous employers.

Four people left their employment with an assistance company and started working for a competitor. The assistance company argued, inter alia, that the employees had been disloyal during the notice period. According to Swedish law, an employee is bound by loyalty until the last day of employment.

The Labour Court found that the company had shown that, during the notice period, the employees had actively planned to take over the company's clients and to use certain templates, and had purchased shares in the competing business. By participating in the planning and preparation to compete, the former employees had acted in a manner that caused a financial loss to the assistance company.

The court had to estimate the loss, and damages of 800,000 kronor were awarded to the company, to be paid jointly by the four employees.

An employment contract for computer game developers contained a non-recruitment clause, which stated that employees who left may not try to recruit or otherwise cause other employees to end their employment. The time frame for this condition had been agreed at 24 months.

When evaluating whether such a clause was valid or not, the purpose of the clause, the impact the clause would have on the employee and whether the employee would be granted compensation would all have to be examined. The specific clause affected all employees on the workforce, including those who had been employed after the affected employee had stopped working. The Labour Court added that a non-recruitment clause could be valid if the time for taking action was set to a short period, for example six months. Since the clause in question was too extensive and was applicable for 24 months, it was ruled not to be valid.

A Swedish union asked an airline company to present written requests from its employees concerning base, duty and so on. According to the Co-Determination in the Workplace Act, the union has a general right to receive documents, which it needs to protect its members' interests. However, since the issues were clearly specified within the collective bargain agreement, they were not regulated under the Co-Determination in the Workplace Act and the information section within the Act would consequently not apply. Thus, the Labour Court concluded that the employer had no obligation to hand over the information to the union.

A woman had been employed for a probationary period of six months from 14 December 2015. Before starting work, the woman had told the employer that she was pregnant. From 4 April 2016, she was on sick leave and then on maternity leave. On 10 May 2016, the employer told her that her probationary period was to be discontinued. The woman thereafter argued that she had been the subject of discrimination.

The Labour Court stated that discontinuing employment was a disadvantage for the woman. However, since the woman could not prove that the pregnancy itself had been a factor in the decision to end her employment, the court concluded that there had been no discrimination against the woman.

A woman had applied for a job as an interpreter. At the interview, she refused to shake hands with the male interviewer, explaining that her reason for refusing was that her religion forbade her to shake hands with men, as it would be a sin. The recruitment procedure was cancelled, after which the woman sued the company, arguing that she had been indirectly discriminated against.

The company argued that it had a policy in which it was stated that all employees should be able to shake hands with one another. The company argued that its policy was suitable and reasonable and did not discriminate against Muslim women as most women do shake hands with men. The purpose of the policy was to counteract special treatment based on gender and that it would be uncomfortable for people to not have the offer of a handshake accepted.

The Labour Court concluded that by not employing women who do not shake hands with men, more Muslim women than women of other faiths were not able to meet the company's requirements. Therefore, the policy does discriminate against Muslim women and is not suitable and reasonable. The woman was granted 80,000 kronor in damages.

Sweden held national elections in September 2018. As a result of the outcome, Sweden has not been able to form a new permanent government. The crisis will most likely end in new elections. The outlook for the year 2019 is therefore hard to predict.

Disputes concerning discrimination issues will still be of significant interest in the future and the number of court cases will probably increase. The 'hand shaking' judgment (AD 2018 No. 74) discussed in Section IV has been a topic of lively discussion in Sweden. Many people argue that a company should be able to decide how its employees should greet each other in the workplace. We feel sure there will be other similar cases in the near future.

During 2018, there has been one verdict concerning non-solicitation clauses. As this type of clause, and others concerning customer protection, are becoming a more common feature of employment contracts, we are very likely to see additional disputes within this area.

With the increase in awareness resulting from the #MeToo movement, there have also been a fair number of sexual harassment cases arising in workplace environments. Swedish authorities and companies will continue to work on suitable policies and strategies to provide ways to handle and minimise this global issue.