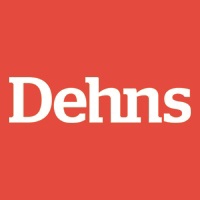 Perhaps appropriately, the car industry stands at a crossroads.  Some fifteen years after the Toyota Prius showed that mass market hybrids were feasible, and five years after Tesla’s all-electric Roadster managed 0 to 60 in under four seconds and made the vice-chairman of General Motors say “How come some tiny little California start-up, run by guys who know nothing about the car business, can do this, and we can't?”, the internal combustion engine, and the car industry in general, is starting to show its considerable age.

Niche carmakers come and go, but once a firm becomes a volume carmaker, it will normally stay as one; Ford, General Motors, Mercedes, Peugeot and Renault have all been around for over a hundred years in one form or another.  However, size can bring inertia, and companies who have already invested huge sums in factories producing conventional engines and powertrains are unlikely to be willing to invest in research that could render such conventional designs obsolete (or at least unfashionable).  Newer kids on the engine block, with no such millstones around their necks, are free to be pioneers, and major electrical and electronic companies, with little or no previous experience in the automotive field but plenty of knowledge of electric motors and batteries, are already carrying out their own research.

It is not only the mechanics of the car which is feeling the change.  As the self-driving car edges ever closer to reality, a plethora of electronic driver aids and safety features, such as autonomous brakes, lane support systems, and blind spot monitoring are being created and refined.  Further, with the increasing use of electronics in engine management systems and the like, all that is now required to increase performance or reduce emissions is a software update.

Any improvement which is more reliant on software than hard engineering lends itself to development by newcomers to the field; rather than needing the attentions of a major manufacturer, advances can be made by a start-up with a laptop.  Several commentators have suggested that these new entrants to the field, smaller, more agile, and perhaps more IP-savvy, could cause problems for the big manufacturers, who may be reduced to simply assembling bought-in components.  In some ways, this may not be much of a change, as some automotive component suppliers have also been around for over a hundred years; however, when technology advances quickly, a controlling patent can be a brake on innovation.

Of course, we have been here before.  Any long-established industry is almost inviting younger, newer rivals with fresh ideas to bring it down, so that in turn, those younger rivals will become the big players.  Recently, we have seen this happen with mobile telephony, where Nokia and Motorola were knocked off the perch they had occupied since the 1970s by fierce new competitors such as Apple, Samsung and HTC.  The coming of the smartphone shattered the existing marketplace, and made Apple the largest publically traded company in the world.

However, Apple did not get there easily, and readers of this magazine will need no introduction to the smartphone patent wars.  The wars started when Nokia sued Apple, and in return, Apple sued Nokia.  Although this early stage could be viewed as a conflict between the established companies and the new entrants into the market, before long Apple were in dispute with another newcomer, HTC, and the dispute between Apple and Samsung is already legendary.  Tech giants Microsoft and Google have fought each other over the Android operating system, and each have been involved in disputes with other newcomer companies.  Alliances between companies have been forged and broken so many times that diagrams showing who has sued whom are almost a hindrance to understanding, rather than a help.

The smartphone wars were not the first patent wars by any means; patent wars have existed since at least 1850, when the subject matter was sewing machines rather than smartphones.  What made the smartphone wars different was that it was the first patent war to be exposed to the tech blogger.  Usually young, usually holding strong opinions on the moral rectitude of one or other of the sides involved in any given litigation, and frequently with a background in the open-source movement, the tech bloggers have followed every step of the disputes, putting their own gloss on events and shaping the public’s perception of events, patent conflicts, and intellectual property in general.

It is not a great exaggeration to say that the smartphone wars have been, in public relations terms, a disaster for the patent profession.  Open-source advocates, who object to the very existence of software patents (and, in some cases, any form of patents), have found it easy to twist every aspect of the smartphone wars to support their own views, but in truth, twisting has often not been necessary.  Factoids such as the suggestion that Apple and Samsung spent more on litigation than on research in 2011, with the unsaid corollary that the costs of litigation will inevitably be passed on to the consumer; some parties’ steadfast refusal to grant licences, so that any features which are found to infringe their patents must be stripped out of a competitor’s product, leading to the consumer being offered less desirable products with reduced functionality; the apparent weakness of some of the patents under litigation (Apple’s “swipe-to-unlock” patent was memorably likened to a bolt on a barn door), which did nothing to reduce the tenacity with which they were defended or the associated costs; none of this has endeared patents or patent professionals to the man in the street.  The oft-repeated assertion that the real losers of the wars were the consumer, and that the only winners were the lawyers, has been for many people the take-home message of the smartphone wars.

Of course, a smartphone is not a car; their markets and their marketing differ considerably.  Apple’s cachet is such that many people will buy the new iPhone for the sole reason that it is the new iPhone, and will queue for several days (and nights) to ensure that they get one.  Few car makers have comparable brand coolness, and none have the combination of cool and mass-market accessibility that could make people queue round the block for the latest model.

Still, the volume car manufacturers now find themselves in a similar position to that of Nokia and Motorola after the first smartphones were released; aware that the playing field has changed, aware that they must change with it, but perhaps uncertain of what changes they must make.

An important priority for the volume car manufacturers is to ensure that they remain volume car manufacturers, and that their ability to produce cars that meet the public’s demands and expectations is not hampered by patents from the newcomers.  This may turn out to be less of a problem than it currently appears; many programmers support the open-source movement, and so it is by no means certain that the new start-ups will apply for patents to prevent the big firms from using their software.  However, money can overcome morals, and business is business, so it would be reckless in the extreme for the big firms to assume that they will not need to deal with patents.

In the past, car manufacturers have tended to avoid litigation with each other through cross-licensing of each other’s technology, but this will not be an option if the newcomers hold key patents.  Further, cross-licensing can only work if each party has a patent covering technology which the other party wants to use, which was never a problem for two volume manufacturers with patents covering several different aspects of a car.  If a newcomer is only interested in, say, battery control, the number of patents which the volume manufacturer has covering other aspects of the car is irrelevant, and that assumes that the newcomer manufactures products themselves and would be interested in taking a licence.  If the big manufacturers do not have any bargaining chips of their own, then they will just have to pay whatever the newcomers are demanding to use the technology, or go without.  It is thus vital that the big manufacturers carry out their own research and acquire their own patents in the new fields.  This is already happening; a recent survey of senior global executives to find the companies which they considered to be the most innovative in the world included nine major automotive companies in the top twenty-five, and three in the top ten.  (By way of comparison, Tesla were ranked forty-first.)

Equally important, though, is the need to avoid becoming embroiled in another patent war.  Admittedly, it is unlikely that many of the newcomers will adopt Apple’s approach of refusing to license their technology, as they may not have the manufacturing capability to properly exploit their inventions themselves.  Further, one way or another, safety-critical technologies will be licensed (perhaps in a similar way to the FRAND licences seen in the telecoms industry, or perhaps following Volvo’s free licences for the three-point seat belt).  A smartphone maker refusing to license their technology and thus making it harder for the user of a rival’s smartphone to search the Internet will be met with a resigned shrug; a car manufacturer refusing to license their technology and thus making the user of a rival manufacturer’s car more likely to die can expect a rather less tolerant reception.  Instead of the rancour which has characterized the smartphone wars, we are likely to see lawsuits cut short by agreement of a licence; the volume manufacturers may wish to employ more licensing specialists in their legal departments.

The nightmare scenario, of course, is if the participants in the smartphone wars choose to get involved and bring their old tactics with them.  iPhone docks in cars are already widespread, and the use of smartphones for in-car entertainment and as satnav substitutes will only grow.  If Apple and their ilk continue their battles in the new ground of the car industry, and drag the volume manufacturers in with them, then things could get very ugly very quickly; it may be that the only way for the car manufacturers to win that game is to refuse to play, and avoid using this kind of technology altogether.

The public has, just about, tolerated the smartphone wars.  If a similar war breaks out over cars, then the public may not be so forgiving, and the lawyers will not be the winners next time.