Statutory entitlement to terminate a Patent license in Australia: is this a get out of jail free card? 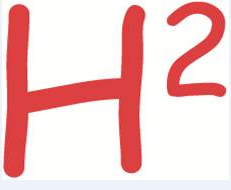 A recent Decision handed down by the Federal Court of Australia on 6 March 2014 has provided some certainty as to how the statutory entitlement provided by Section 145 of the Patents Act 1990 (Cth) to terminate a Patent License Agreement should be interpreted. Until now, this provision has received little judicial consideration in Australia.

This Decision is of relevance to parties entering into royalty-bearing Patent License Agreements, which include the licensing of Patent rights in Australia.

The facts of the Case

The PPL Agreement also provided that Regency Media may “not terminate this Agreement prior to December 31, 2015.” However, some of the Australian Patents that were the subject of the license expired prior to 5 July 2012, while others expired between July 2012 and October 2013. A further Patent expired on 17 January 2014, and other Australian Patents were due to expire between March 2014 and January 2015.

Regency Media purported to terminate the PPL Agreement by way of a letter dated 5 July 2012, relying on the statutory entitlement of a licensee to terminate a contract which is provided by Section 145 of the Patents Act 1990 (Cth).

The Issue in Dispute

The issue in dispute was whether Regency Media could lawfully rely on Section 145 of the Patents Act (Cth) to terminate the PPL Agreement.

Section 145 of the Patents Act 1990 (Cth) provides for the termination of a contract after a Patent ceases to be in force as follows:

“Section 145(1)        A contract relating to the lease of, or a license to exploit, a patented invention may be terminated by either party, on giving 3 months’ notice in writing to the other party, at any time after the Patent, or all of the Patents, by which the invention was protected at the time the contract was made, have ceased to be in force.

(2)     Subsection (1) applies despite anything to the contrary in that contract or in any other contract.” (emphasis added)

The parties disagreed on the way in which the statutory term “a Patented invention” should be interpreted. This phrase is not defined in the legislation.

In contrast, MPEG contended that the “patented invention” referred to the “MPEG-2 decoding Products,” “MPEG-2 Encoding Products” and “MPEG-2 Packaged Medium” as described in the PPL Agreement.

Although the Court considered both approaches to have merit, it was ultimately concluded that the approach of MPEG to the construction of Section 145 was to be preferred.

The Court held that Section 145 does not permit a contract to be terminated where “all of the Patents, by which the invention [is] protected” have not ceased to be in force.

Emphasising that this provision is aimed at anti-competitive conduct, the Court cautioned against any construction that would permit termination of an Agreement in respect to Patents “which have not ceased to be in force and which would deny to a Patent holder the benefit of the payment of royalties in amounts that have been the subject of the Agreement.”

A licensee entering into a Patent License Agreement, which includes the grant of Patent rights in Australia, should bear in mind the limited circumstances under which the Australian statutory entitlement can be relied upon to terminate such an Agreement as provided by Section 145 of the Patents Act 1990 (Cth).