While heightened competition and rising valuations may be raising concern among some, private equity (PE) continued to perform strongly in the second quarter of 2018. A total of US$267.5 billion-worth of buyout deals announced over the first half of the year secured a post-crisis high, with aggregate value increasing 23% between the first and second quarters. A 7.5% slide in deal volume indicates a focus on big-ticket deals, as soaring premiums cause prices to skyrocket. 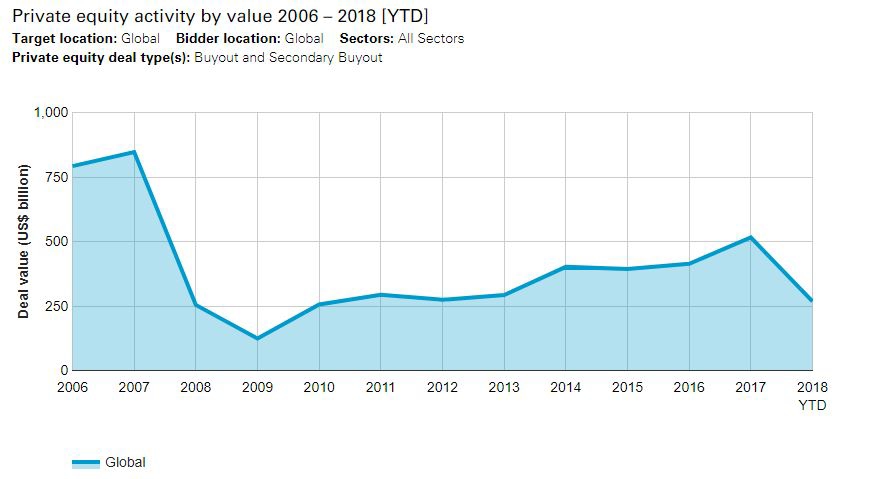 In 2017, PE deals targeting the technology sector reached the highest annual deal volume on record (1,109 deals). Momentum continued into 2018: A total of 525 deals worth US$86.4 billion marked the highest half-year value on record.

This heated activity is being supported by record levels of fundraising. According to reports, Vista Equity Partners and Thomas Bravo—two of the largest tech-focused funds globally—are looking to raise US$12 billion and US$10 billion respectively. This will add to an already intensely competitive environment for tech buyouts.

PE firms will continue to put their mounting cash piles to work in order to achieve scale and growth. As such, their buying spree looks set to continue into the second half of the year.