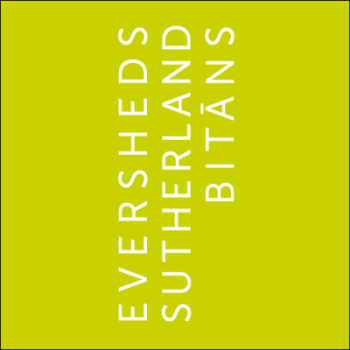 In an effort to address the public health crisis and vulnerability of the EU economy, on 25 March 2020, the European Commission published a Communication concerning foreign direct investment (“FDI”) and free movement of capital from third countries, and the protection of Europe’s strategic assets (the “Communication”). The Communication aims to ensure that the EU remains open to FDI, while recognizing the increased risks faced by European strategic industries in light of the COVID-19 pandemic.

The Communication should attract the attention of both policy-makers and EU businesses operating in strategically important sectors of the economy, in particular, those whose stock market valuations have recently been subject to increased volatility. Although the Communication emphasizes the risks posed by non-EU investors who seek to acquire healthcare capacities (such as production of medical or protective equipment) or related industries (such as research establishments developing vaccines), the scope of the Communication is considerably broader.

In the assessment of the OECD, the European Union is one of the world’s most open investment eco-systems and the main destination for FDI. Over the last decade, inward FDI in the EU has increased exponentially. Although openness to FDI has traditionally underpinned European policy considerations and was enshrined in the EU Treaty, the outbreak of the Covid-19 pandemic has brought into limelight a plethora of vital political and national security concerns far outweighing trade and investment considerations. In February, a Chinese investor had quietly acquired a significant stake in the German automotive manufacturer Daimler, making him the largest shareholder. Last year and earlier this year, Europe has been a hotbed of acquisitions by US high tech giants. Most of these acquisitions have not warranted much attention on the part of European regulators. The laissez-faire attitude to inward FDI is now bound to change. Non-EU investors pursuing European acquisition candidates may find it harder to get past clearance hurdles.

The Communication is a clear and compelling call to action directing Member States to implement tougher M&A controls with respect to FDI. Today more than ever, the openness of the European Single Market to FDI needs to be balanced against concerns about insufficient oversight. Although not legally binding, the Communication piggybacks on the first EU Regulation on foreign direct investment screening, Regulation (EU) 2019/452 (the “Screening Regulation”). The Screening Regulation is already in force and will become directly applicable to Member States from 11 October 2020.

To date, 14 out of 27 Member States have enacted laws providing for some form of FDI controls or screening procedures. France, Italy and Finland have been applying robust and vigorously enforced FDI screening mechanisms for a number of years. Other Member States are in the process of enhancing efficiency of the previously established screening regime. Germany, for instance, has introduced a bill designed to refine the existing FDI screening framework as recently as in January 2020.

Importantly, the Communication stresses that the regulatory options available to Member States should not be limited to the Screening Regulation. The regulatory mechanisms explicitly mentioned in the Communication include outright prohibitions, mitigating measures (such as supply commitments for critical inputs, compulsory licenses on patented medicines, regulatory measures imposing public service obligations on companies operating in certain industries) and State intervention by means of holding golden shares.

The practical significance of the Communication is twofold. Firstly, it sounds the alarm bell and urges individual EU Member States to take proactive action in order to fill the regulatory void before the Screening Regulation becomes directly effective. Secondly, it reaffirms the trend of increased state control over direct investment at both national and international levels. Meanwhile, the efficiency of the new EU FDI screening framework remains to be seen. Its efficiency will hinge, to a broad extent, on the ability of individual Member States to heed the call of the European Commission and take prompt implementing action.