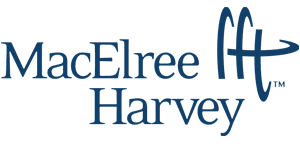 As an Elder Law attorney, I often meet with families and loved ones of individuals who have Alzheimer’s Disease, whether they be in the early stages or are in a later stage of the progression of the Disease. Critical decisions need to be made carefully and without delay to ensure the long-term care and well-being of the ill individual.

Over the years, I have seen more and more clients who are suffering from dementia and Alzheimer’s Disease. Particularly noteworthy is the increasing number of clients with early-onset dementia, whereby an individual begins to show signs of diminishing capacity in their early 40’s or 50’s.

This increased incidence of clients with dementia in my practice is supported by the 2019 facts and figures recently released by the Alzheimer’s Association. Currently, 5.7 million Americans live with Alzheimer’s disease, that number increasing at an alarming rate with a new diagnosis made every 65 seconds.

The Alzheimer’s Association has found that Alzheimer’s Disease and other dementia-related illnesses are costing the county $290 billion per year, even with caregivers providing an estimated 18.5 billion hours of largely uncompensated care.

If you have a loved one who is suffering from or showing signs of dementia, please do not delay in meeting with an Elder Law attorney to ensure that the individual’s Power of Attorney documents is in good order and that their finances have been evaluated in light of their future long term care needs.