The proposed amendments would do the following:

The proposed amendments are summarized below:

Offering and Investment Limits. The Commission is proposing revisions to the current offering and investment limits for certain exemptions.

“Test-the-Waters” and “Demo Day” Communications. The Commission is proposing several amendments relating to offering communications, including:

Integration Framework. The current Securities Act integration framework for registered and exempt offerings consists of a mixture of rules and Commission guidance for determining whether multiple securities transactions should be considered part of the same offering.

The Commission is proposing changes to the framework to better facilitate this determination by providing a general principle of integration that looks to the particular facts and circumstances of the offering, and focuses the analysis on whether the issuer can establish either that each offering complies with the registration requirements of the Securities Act or that an exemption from registration is available for the particular offering. 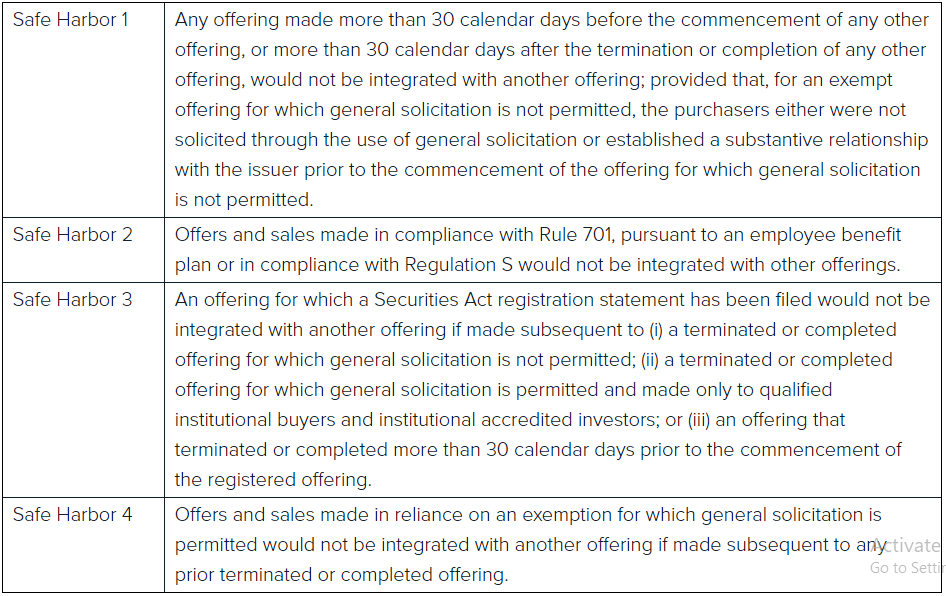 Other Improvements to Specific Exemptions

The amendments also would do the following:Other Improvements to Specific Exemptions