Lien Fund or Lean Fund: Setting-Off Against Part B under the Alberta Builders’ Lien Act

Those below the general contractor in the construction pyramid should be aware that an owner's express right to set-off in the prime contract might diminish protections under the Alberta Builders' Lien Act. Likewise, owners should note that clear language regarding set-off could significantly limit exposure on a project.

The Alberta Builders' Lien Act is a powerful tool for owners, contractors, and suppliers alike. It grants unique rights to those who contribute to the improvement of land, while simultaneously limiting the owner's maximum exposure. An owner's right to set-off for deficiencies and costs to complete under the Alberta Builders' Lien Act is often highly disputed. A recent decision of the Alberta Court of Queen's Bench tackles this issue head on and creates new opportunities for contracting parties to protect their interests. In the recent decision Neptune Coring (Western) Ltd v. Sprague-Rosser Contracting Co, 2018 ABQB 883 (CanLII) (Neptune Coring), Master Schlosser of the Alberta Court of Queen's Bench considered this area of the law which, in his own words, "needs some attention."

Under the Alberta Builders' Lien Act, when making a payment on the contract, an owner must retain 10 per cent of the value of the work actually done, or the materials actually furnished (Part A), and at any time while a lien is registered any amount payable under the contract that has not been paid (Part B). The 10 per cent under Part A is commonly referred to as the "statutory holdback" and is often uncontentious. However, determining the additional amount "payable under the contract," Part B of the lien fund, is often murky. 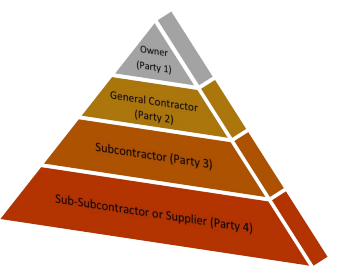 The Alberta Builders' Lien Act sets out that a right to set-off can be applied against the amount "payable under the contract" (Part B). This reduces the amount to which a lienholder's claim can attach. But determining what can, and what cannot, be set-off against Part B of the lien fund has created much angst for the construction industry.

In Neptune Coring, Master Schlosser identified three general categories of potential set-off as follows: (i) costs overruns (the additional costs to complete); (ii) deficiencies; and, (iii) damages arising from the contractor's (or subcontractor's) default. Master Schlosser struggled, however, with finding the appropriate boundaries for these categories. For example, in the older case of Belanger v. Pointer Construction Group Ltd., 1984 CanLII 1169 (AB QB), Master Funduk held that any legal costs arising from a contractor's default can be the proper subject matter of set-off. Master Schlosser identified that without limitation these categories could contribute to a reduction in protection contrary to the purpose of the Alberta Builders' Lien Act.

Accordingly, Master Schlosser set out that an owner, or higher tier party, will only have a right of set-off against part B of the lien fund under the following circumstances:

Master Schlosser put it very simply: if it isn't permitted by the contract, or related to the subcontractor's work, it should not be set-off.

If either party to this Contract should suffer damage in any manner because of any wrongful act or neglect of the other party, or anyone employed by a subcontractor, then the injured party shall be reimbursed by the other party for such damage.

This language was found to be too general to entitle the owner to set-off against Part B of the lien fund, and the city did not meet the strict test for equitable set-off. Accordingly, in Neptune Coring Master Schlosser only allowed a small portion of the owner's claim against the general contractor to be set off against Part B. Master Schlosser denied any further set-off, aside from the administrative costs expressly contemplated in the contract.

Specificity in language is crucial, and contracting parties must take care. Carefully specified terms may create a right to set-off against Part B, but may also exclude other unanticipated circumstances or items not expressly included. Conversely, language that is too general may not create the desired rights to set-off against Part B. Where the language of the contract does not expressly entitle an owner to set-off against Part B, the owner may be restricted to doing so only where its set-off goes to the very root of the affected party's lien claim. Consequently, owners and general contractors may wish to consider incorporating a "deficiency holdback" into their contracts. This would allow for the retention of an additional amount specifically for the purpose of correcting deficiencies.

The Neptune Coring case reminds us that subcontractors must beware. An owner's right to set-off against the general contractor in the prime contract may reduce the pool of funds otherwise available under the Alberta Builders' Lien Act. In effect, a contract to which the subcontractor is not a party, and has no right or ability to negotiate, may have an impact its rights and security. Where possible, before issues regarding payment arise, a subcontractor should review the prime contract to better understand the scope of the owner's right to set-off.