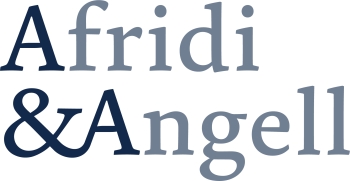 The Decree, which came into force on 20th September 2021, abolished the Emirates Maritime Arbitration Centre (EMAC) and the DIFC Arbitration Institute (DAI) with immediate effect and has raised multiple queries in the legal and business communities, particularly as to whether parties should still opt for EMAC or DIFC-LCIA arbitration clauses in agreements that are presently being drafted.

Pursuant to the Decree, the Dubai International Arbitration Centre (DIAC) will replace all rights and obligations of the now abolished EMAC and DAI. The DIAC has been granted a period of no more than six months to effectively replace EMAC and the DAI.

Pursuant to Article 6 (a) of the Decree, all agreements executed as at the date the Decree came into force (i.e., 20 September 2021) that contain a clause providing for “arbitration in the Canceled Arbitration Centers” (i.e., EMAC and by implication DIFC-LCIA) “shall be valid and effective”, and the DIAC shall replace “the Canceled Arbitration Centers” in “hearing and resolving disputes arising from such agreements” unless parties agree otherwise:

All agreements concluded as at the date of entry into force of this Decree for resorting to arbitration in the Canceled Arbitration Centers shall be valid and effective, and the Dubai International Arbitration Centre shall replace these centers in hearing and resolving disputes arising from these agreements, unless the parties thereto agree to otherwise. [LexisNexis translation]

The Decree therefore provides some comfort to parties who have opted for EMAC/DIFC-LCIA arbitration clauses in agreements that were entered into on or before 20 September 2021, as the Decree specifically provides that such arbitration agreements will be valid and effective.

The next issue to consider is what effect an EMAC/DIFC-LCIA arbitration clause has in an agreement that was concluded after 20 September 2021. Would such an agreement be valid? And which institution will administer such an arbitration? A strict interpretation of Article 6 (a) of the Decree would suggest that the comfort given in Article 6 (a) of the Decree is limited only to agreements concluded on or before 20 September 2021. For agreements entered into after 20 September 2021, there is unfortunately no definite answer to this question as of now.

Until there is more clarity, the prudent approach would be not to opt for EMAC or DIFC-LCIA arbitration clauses in agreements that are presently being drafted. We understand that the relevant authorities are in discussion regarding these issues, and we expect clarifications to be issued soon. ■