Due diligence, information and disclosure in M&A transactions in Greece 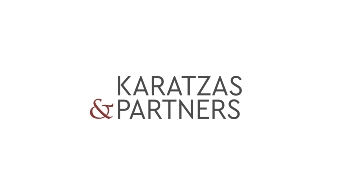 What due diligence is necessary for buyers?

What information is available to buyers?

Both financial and legal corporate information is publicly available. Financial information primarily includes information included in the financial statements of the company to be acquired. For listed companies, these statements must be drawn up in accordance with the International Financial Reporting Standards (IFRS). For non-listed companies, financial statements are, in principle, drawn up in accordance with the Greek accounting standards, but IFRS may also be used. Legal corporate information can be obtained from commercial registries and the Official Government Gazette, on which material corporate acts were published on December 31 2014. Further information can be obtained by conducting due diligence exercises.

What information can and cannot be disclosed when dealing with a public company?

In principle, all information can be disclosed. Attention should be paid to the risks associated with a board of directors disclosing commercially sensitive information, as this could lead to breaches in the board’s fiduciary duty towards the company’s shareholders. Thus, the board must take all precautions to avoid breaches and ensure that all of the shareholders benefit from any disclosure in order for the disclosure to be justified.

Special provisions on information disclosure are included in Regulation (EU) 596/2014 of the European Parliament and of the Council on market abuse. Pursuant to Article 17, issuers of financial instruments admitted to trading must inform the public as soon as possible of any inside information which directly concerns them. However, issuers may, on their own responsibility, delay public disclosure of inside information provided that all of the following conditions are met:

Further, pursuant to Article 38 of Law 3959/2011, both public and private law entities must provide commercially sensitive information to the Hellenic Competition Commission before the acquisition of a concentration that requires the commission’s approval, if so requested.

Anyone exceeding this threshold must launch a mandatory takeover bid for all of the target’s securities within 20 days of acquiring the voting rights or 30 days following the acquisition, in case where the offeror has the obligation to proceed to the drawing up of a valuation report to determine the relevant consideration. The offeror must provide for a fair and equitable consideration.

Law 3461/2006 was recently amended to include further assurance for the minority shareholders. Upon occurrence of certain conditions, the offeror will be obliged to prepare a valuation report with respect to the targeted securities to determine the equitable consideration.

This obligation also applies to any person that:

In order to calculate the percentage limits above, ‘voting rights’ acquired or held by the responsible person(s) (directly or indirectly, acting on its own or in cooperation with other persons acting for its account or in concert with it) have been defined to include voting rights which are acquired or held under a contract for the constitution of pledge, usufruct, custody or management of securities, provided that their holder can exercise such rights at its discretion. In order to calculate the aforementioned limits, the total voting rights are taken into account, the exercise of which is not prohibited according to the legislation relating to the purchase of a company’s own shares (eg, where a company buys its own shares, the voting rights attached to those shares are not calculated for the determination of the threshold to submit a takeover bid).

If a person is obliged to submit a mandatory takeover bid, it must inform both the Hellenic Capital Market Commission and the target’s board of directors in writing of the intended bid before any public announcement is issued (Article 10 of Law 3461/2006).

Further, according to Article 9 of Law 3556/2007 (transposing EU Directive 2004/109/EC on the harmonisation of transparency requirements in relation to information about issuers whose securities are admitted to trading on a regulated market), where a shareholder acquires or disposes of the shares of an issuer whose shares are admitted to trading on a regulated market and to which voting rights are attached, it must notify the issuer and the Hellenic Capital Market Commission of the proportion of voting rights it holds as a result of the acquisition or disposal where that proportion reaches, exceeds or falls below the thresholds of 5%, 10%, 15%, 20%, 25%, 33.3%, 50% or 66.6%. The same requirement applies to certain cases of acquisition, disposal and exercise of major proportions of voting rights or acquisition or disposal of financial instruments, pursuant to Articles 10 and 11 of Law 3556/2007. According to the newly introduced Article 11A of Law 3556/2007, the notification requirements laid down in Articles 9, 10 and 11 shall also apply to an individual or legal entity when the number of voting rights held directly or indirectly by such person or entity under Articles 9 and 10 aggregated with the number of voting rights relating to financial instruments held directly or indirectly under Article 11 reaches, exceeds or falls below the thresholds set out above.