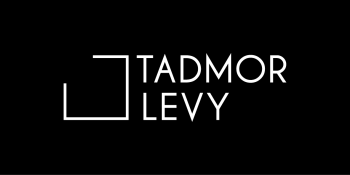 In August 2015 David Gilo, the former commissioner of the Israel Antitrust Authority (IAA), resigned from his post following disagreement with government officials over competition regulation in the natural gas market. Gilo was replaced by Michal Halperin, an antitrust practitioner who served as the IAA's chief legal counsel between 2002 and 2006.

Halperin recently announced a public hearing and formal re-evaluation of the IAA's policy regarding the prohibition on excessive pricing by monopolies – a central policy of her predecessor's agenda – which will examine the merits, enforceability and effectiveness of the regulation.

The announcement has received strong support from antitrust scholars and practitioners, but has been met with criticism from the media and could result in a major overhaul of the IAA's policy regarding excessive pricing and potentially the annulment of major portions of its guiding policy paper on the issue.

In April 2014 the IAA published a detailed policy paper titled "Guidelines 1/14 on the Prohibition of Excessive Pricing by a Monopoly". The guidelines established that the IAA views the charging of excessive prices by monopolies as a violation of the prohibition on charging unfair prices under Section 29A(b)(1) of the Restrictive Trade Practices Law 1988 (the Antitrust Law), which is a sub-clause of the general prohibition on the abuse of dominant position by monopolies. The guidelines determine that a price is deemed to be excessive if it exceeds the price that would have been set in a competitive market. To identify such a price, the IAA applies several tests, the most important of which examines the margin between production costs and product price. The guidelines set a safe harbour according to which the IAA will not view a margin of up to 20% between production costs and product price as an infringement of the prohibition on excessive pricing. If the margin exceeds 20%, a more complex analysis will be required to determine whether the price is excessive. This analysis may include comparing a firm's profits with an industry benchmark or comparing a product's price with that of similar products in other jurisdictions.

The policy on excessive pricing was contentious from the outset. Some commentators held that the concept of classifying a price as excessive and judging whether charging such a price was illegal was a fundamentally flawed approach. Further, it was argued that the policy would be difficult to enforce and that price regulation was outside the scope of the IAA's mandate as an expert regulator of competition. By contrast, other commentators saw the measure as an appropriate implementation of the Antitrust Law and a necessary tool for reducing the cost of living in Israel's highly concentrated marketplace.

In April 2016 the commissioner announced that the IAA would:

The IAA's official statement on the re-evaluation process acknowledges the difficulties that the IAA faced following publication of the guidelines. The IAA has admitted that numerous practical difficulties arose regarding implementation of the policy, including:

These difficulties have prevented the IAA from successfully taking enforcement measures against any monopoly pursuant to the guidelines, despite having invested significant resources in attempting to implement their policies in several cases.

In light of this experience and the heated debate that followed the initial publication of the guidelines, the IAA decided to launch a public re-evaluation process which concentrated on the following questions:

The IAA's guidelines marked a stark shift from its traditional approach not to investigate excessive pricing complaints. The traditional approach was based on theoretical and practical considerations. It was abandoned by the former commissioner, reflecting his views as an antitrust scholar and corresponding with a public outcry over the cost of living in Israel. In the last two years the IAA has conducted an experiment and adopted a new approach to excessive pricing, which is uncommon among its international peers. It seems that after two years of unsuccessful attempts to implement the guidelines, the IAA is adopting a more sceptical approach towards excessive pricing enforcement.

However, several civil claims are already pending before civil courts which rely on the policy outlined in the guidelines. Further, the Central District Court recently certified a class action against Tnuva (Israel's largest dairy producer and a declared monopoly in the dairy sector), which argues that Tnuva charged excessive and unfair prices for cottage cheese between 2008 and 2011. Following an in-depth survey of the pros and cons of excessive pricing prohibition, the court held that Section 29A of the Antitrust Law applies to excessive pricing by monopolies, rather than applying to predatory pricing only.