Certification trade marks (CTMs) are an underutilised part of the Australian trade marks system, with only around 750 CTMs registered or pending at the time of writing (compared to around 860,000 conventional trade marks).

In this article, we consider the benefits of registering CTMs and review a recent decision by the Australian Competition and Consumer Commission (ACCC), which highlights the criteria which must be met before a CTM is accepted for registration.

What is a CTM?

CTMs are a special type of trade mark used to indicate to consumers that goods bearing that mark (or services provided by reference to the mark) possess a particular characteristic, or meet a particular standard.

Examples of well-known CTMs include the Australian Made and Wool Mark logos, pictured below.

What are the benefits of CTMs?

A CTM is intended to be used by traders whose goods or services meet the rules which have been set for use of the CTM. Those rules are publicly available, and must be approved by ACCC.What are the benefits of CTMs?

This benefits consumers, who can rely on CTMs as indicators of a particular characteristic or quality when comparing and purchasing goods/services.

CTMs also benefit traders, industry groups or associations. When utilised appropriately, CTMs can function as a “badge of quality” to attract and retain consumers.

The use of CTMs can also be licensed for a fee, which can generate a revenue stream for the owner and offsetcosts of training approved certifiers and third party compliance auditors.

An applicant for a CTM must file a set of rules governing the use of the CTM with its application (Rules). The ACCC assesses the Rules for compliance with Australia’s competition and consumer protection regime, including that the CTM will not mislead consumers, be unfair, or anti-competitive.

Amongst other things, the Rules must specify:

If the ACCC is satisfied that the Rules meet all requirements, the Registrar of Trade Marks may then accept the CTM application for registration – provided the conventional requirements for trade mark applications are also met. 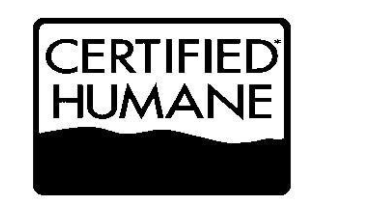 In March 2018, Humane Farm Animal Care (HFAC) filed an application to register the following mark as a CTM:

The rules accompanying the application (HFAC Rules) indicated that the mark would certify that meat, poultry, egg and dairy products bearing the mark complied with HFAC’s animal care standards for raising, handling and processing livestock and poultry.

In June 2021, the ACCC made a final assessment to reject HFAC’s application on the basis that:

Despite the benefits CTMs provide to the owner of the CTM, authorised users and consumers, CTMs remain an underutilised resource in Australia.

Businesses which are considering applying for a CTM are encouraged to seek legal assistance in preparing their application and accompanying rules.