States are increasingly regulating environmental issues. More recently, global recognition of the need for rapid, large-scale efforts to combat climate change looks set to transform the future regulatory landscape. We anticipate that the way in which States implement these regulatory changes will be crucial, and that investor-State arbitration could play a key role in related disputes.

Environmental issues are on the rise in investor-State arbitration. Investors may take action against a State where it introduces an environmental protection measure that breaches the State's obligations under an investment treaty. Recent measures challenged have included Italy's bar on an oil and gas development near its coastline (Rockhopper Exploration Plc, Rockhopper Italia S.p.A. and Rockhopper Mediterranean Ltd v. Italian Republic, ICSID Case No. ARB/17/14), Germany's restrictions on a coal fired power station (Vattenfall AB and others v. Federal Republic of Germany , ICSID Case No. ARB/12/12), and Canada's fracking ban (Lone Pine Resources Inc. v. The Government of Canada, ICSID Case No. UNCT/15/2).

States may also bring counterclaims where an investor has caused harm to the environment. For example, Costa Rica counterclaimed against an investor who had damaged protected wetlands and forests (David R. Aven and Others v. Republic of Costa Rica, ICSID Case No. UNCT/15/3); Ecuador was awarded US$41m for Burlington Resources' environmental and infrastructure damage to oilfields (Burlington Resources Inc. v. Republic of Ecuador, ICSID Case No. ARB/08/5, Decision on Ecuador's Counterclaims, 7 February 2017).

We expect climate change concerns to play a similar role in future investment disputes. In December 2015, 195 States formally agreed to global action by adopting the Paris Agreement. The Agreement aims to combat climate change, in particular by keeping global warming under 1.5-2°C, and to accelerate and intensify the actions and investments needed for a sustainable low carbon future.

Achieving these goals will require significant regulatory changes, including a 'deep transformation' of the energy sector (OECD "Investing in Climate, Investing in Growth, A Synthesis"). These changes could spark arbitration claims. For example, after the Alberta provincial government decided to phase out coal-fired energy by 2030 as part of its broader climate change strategy, Westmoreland Coal Company brought a claim against Canada. Westmoreland objected not to the policy but rather to Alberta's refusal to lessen the financial burden of that decision; Alberta compensated only Canadian affected companies. This highlights that future disputes will likely revolve around howStates implement regulatory changes, and in particular how the financial burden is shared.

Turning tides: the renegotiation and evolution of investment treaties

The rise in environmental protection concerns has prompted many States to renegotiate their investment treaties to protect their powers to regulate in this sphere. A 2011 study concluded that 89% of newly concluded treaties referred to environmental concerns (Org. for Econ. Co-Operation & Dev. Working Papers on Int’l Inv., Working Paper No. 2011/01, 2011). This trend has continued: of 24 recent investment treaties, only two fail to refer to the environment (https://investmentpolicyhub.unctad.org/IIA). These new treaties are likely to have a significant impact on the way in which investment disputes that concern the environment are dealt with in the future. 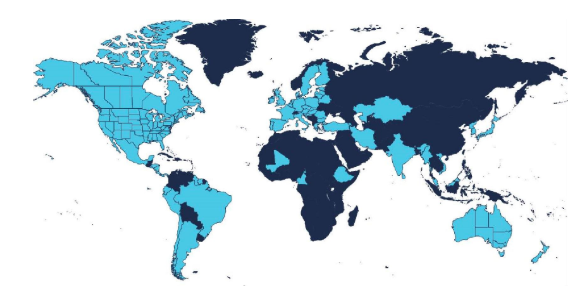 The 2015 India Model BIT contains a number of environmental protection provisions. For example:

The recent India-Colombia renegotiations and the new India-Belarus BIT were based on the 2015 India Model BIT and contain similar provisions.

The 2018 Dutch Model BIT goes even further, by recognising States' environmental obligations. For example, it includes a specific 'sustainable development' provision in which the parties reaffirm their obligations under other multilateral environmental protection agreements, such as the Paris Agreement. However, the text contains no requirement that the parties take action to implement such agreements.

These examples demonstrate that the new generation of investment treaties will likely carve out a wide power for the State to regulate with respect to the environment, including climate change. The treaties nevertheless leave scope for the protection of investors' economic rights, in particular where the measures introduced are unjustified or discriminatory.

Temperatures look set to rise in the investor-State arbitration world, as States consider how to introduce climate changes measures which may transform the regulatory landscape. We anticipate that the key concern will not be whether States implement such changes, but the manner in which they do so.

Climate change investment disputes will likely revolve around how States implement regulatory changes, and in particular how the financial burden is shared.