How will Virtual Reality change the way we plan sustainable, smart cities?

Virtual and augmented reality have come crashing into the real estate industry in the last couple of years, becoming a disruptive force in residential sales and leaving many people asking, what next? We've taken a look at some novel and interesting ways in which virtual reality will be used in urban planning in the future, looking not just at the obvious visualisation of individual developments, but behind the scenes at the substantive impact of such a technology on growing sustainable, smart cities in the future.

Commonly known for its success in the gaming world, virtual reality (VR) is increasingly being used to re-invigorate various industries such as aerospace, healthcare, education and now, urban planning. As populations continue to rise, placing an increased strain on our public services, cities become smarter and more complicated. VR serves as a knight in shining armour for urban planners to help visualise prospective projects and their impacts on infrastructure and the environment.

More importantly, there is a huge amount of money going into the industry to develop and innovate. According to technology advisors Digi-Capital, it is expected to be a $30 billion segment of a larger $150 billion augmented reality/virtual reality market by 2020. With PropTech predicated to be a key growth sector in the next few years, the collaboration between these markets is inevitable.

But how much of an impact can VR actually make? Will we see rooms of planning lawyers, consultants and inspectors donning headsets in the near future? Visualisation techniques have long been used to inform the design process and improve the level of communication between end-users (i.e. the public), and decision makers (i.e. policy makers and planning authorities).

When designing smart, sustainable cities the sheer amount of data that must be collected and processed can be overwhelming. The European Smart City Model (developed by the Vienna University of Technology) sets out six key pillars of a smart city: 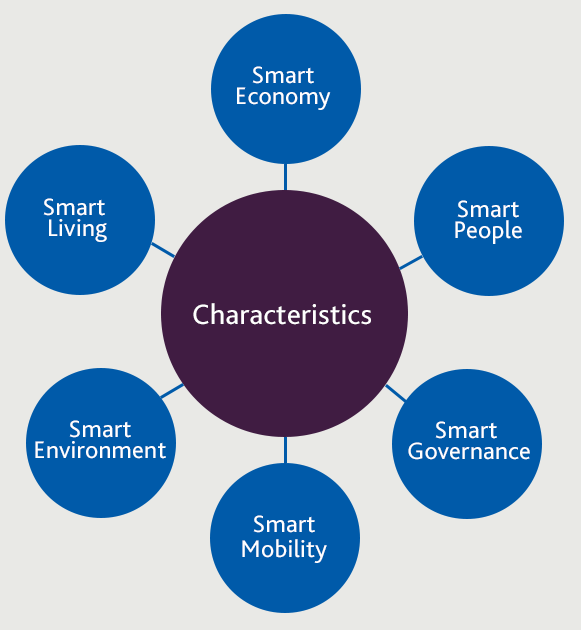 Suddenly urban planners are faced with a far greater number of factors that must be integrated into any city design masterplan going forward. There are huge numbers of professionals involved in large-scale city design, from clients, politicians, policy makers and planners to communities and individuals, all of whom need to understand this 'big data'.

Currently, this big data is designed in 2D, and so the discussion around it proceeds in 2D. Paper maps, colour coding, and lengthy descriptions all play their part, along with industry jargon which inevitably confuses the lay person. It can be completely inaccessible. Sometimes 3D modelling might play its part, but this is very much a secondary function alongside top-down designs. There is a lot of 'imagination' required by non-technical stakeholders to really understand what is being proposed and there is arguably a query over whether the planners themselves sometimes understand what is being proposed.

City masterplans are essentially visual in nature, so VR can be used to effectively overcome this barrier, giving a better understanding of how the smaller picture fits into the larger, and producing more involved feedback and designs. It forms a communication bridge between the technical and the reality, and will inevitably play a greater role as the technology improves.

When modelling any development, an impact analysis of 'what-if scenarios' can be a significant drain on resources. This is one of the main reasons that planning professionals are seeking new and novel methods for real-time data simulations. Step one is to be able to visualise the big data, but step two is to be able to manipulate it, to stress test it.

Sustainability in city design requires different variables to be constantly tested: economic, social, environmental and physical subsystems of the urban landscape. Design and construction being inherently visceral, there is no better way to experience the tangible result of e.g. an electricity failure on the safety of pedestrians nearby than by being immersed in that scenario. The experiential nature of the technology becomes an invaluable tool when trying to mitigate the actual fallout of design or development flaws.

Participatory planning emphasises involving the entire community in the strategic and management processes of urban and rural planning, overcoming conflict and harmonising views across many different groups of stakeholders. VR creates environments that can be directly entered into and interacted with, improving the quality of the feedback across these groups, and allowing the visualisation, communication and evaluation of new developments.

Immediately tangible benefits include the ability to highlight what materials will be used in a development, what building(s) may look like inside and out, how they may impact on nearby land and even niche details such as where shadows will form or crowding may occur.

The key thing is that participatory planning focuses on the collective, with decision making and policy making occurring via the active interaction between all stakeholders on an ongoing basis, not just during a one off 'consultation' exercise which is commonly the case now. It is less targeted at 'problem solving' and looks more at mutual learning, empowerment and ongoing partnerships/engagement - a sharing of the responsibility for designing and building a new urban environment under which everyone will benefit.

Closely linked to participatory planning, VR constructs can also have a more personal role in planning new cities and developments. A project at University College London named 'Palimpsest' seeks to explore the way in which communities can be affected by new developments and to provide an empathetic way to experience such an impact.

"Using 3D scanning and virtual reality, our project records personal stories and local histories, layering them over the city at a 1:1 scale. Building this collective memory is especially important in areas undergoing dramatic urban redevelopment. Our first initiative, The Camden Palimpsest, uses the UK High Speed Rail 2 project as a case study. It highlights stories of Camden residents - some of whom will lose their homes and workplaces - and explores how their lives will be transformed. Our virtual Palimpsests aim to create more inclusive planning practices, using emerging technology to directly connect communities, governments, and developers in conversation."

This case study of HS2 goes on to conceptually re-design the feedback model that traditional urban planning relies on. 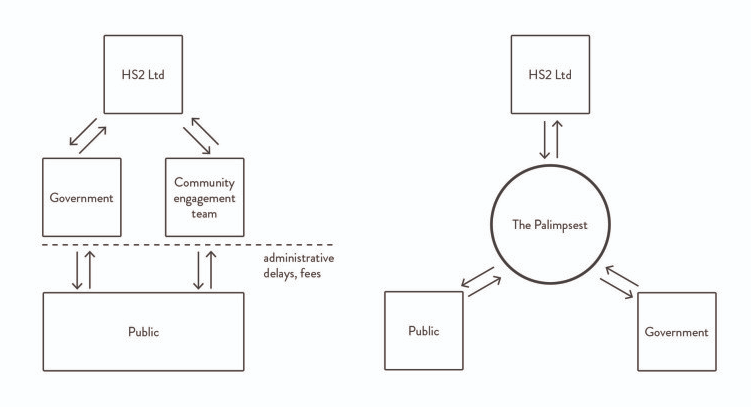 Although in its early stages and essentially just a research project, this is a fascinating example of how virtual reality will be used in the future. We may well see a time when VR technology is not only used by developers to display their shiny new buildings, but by protesters to really show others the negative impact that communities may suffer.

Interactive Architecture Lab has created a video that imagines what an urban palimpsest can be in the digital age. A transcript of this video is available here.

Inevitably as cities become more complicated, the entire community will have to be more involved in the strategic and management processes of urban and rural planning, overcoming conflict and harmonising views across many different groups of stakeholders. Virtual reality creates environments that can be directly entered into and interacted with, improving the quality of the feedback across these groups, and allowing the visualisation, communication and evaluation of new developments.