In the latest edition of our regular series on marketplaces across the world that reportedly engage in the trade of counterfeits, we head to the Central European nation of Czech Republic.

According to the European Commission, the Czech Republic is the world’s seventh worst offending when it comes to the exporting of counterfeit goods to the EU bloc. Recent reports suggest that fake clothing, car parts, medicines and toys are the fake products most often produced within the country. Such trade is having a damaging affect for Czech citizens – according to local outlet Blesk.cz, sectors in the country lose 8.6% of sales due to fake goods.

For that reason, then, we reached out to Vojtěch Chloupek, partner, and Denisa Švecová, associate, from Bird & Bird, who let us know how brand owners can fight fakes in the Czech Republic, and identified some of the physical marketplaces that rights holders must be aware of.

In a nutshell, what should a rights holder know about enforcing against counterfeit goods in the Czech Republic?

There are basically three routes that a rights holder can take to enforce their IP rights: (1) administrative route that involves customs measures and that tends to be quite efficient; it can also include other authorities such as the Czech Trade Inspection or other public bodies depending on the type of counterfeits, (2) criminal route that mainly relies on activity of the police and the State Prosecution office, and (3) civil route which expects proactive steps from the rights holder in court proceedings. All these routes have their pros and cons, but can be combined as necessary or desirable.

Czech customs can enforce IP rights in accordance with the relevant EU and national legislation, especially the EU Regulation 608/2013 and the Czech Act No. 355/2014. This power is twofold. Firstly, customs carry out border control activities and can seize infringing goods coming into the Czech Republic from third countries. Secondly, they also supervise the national market as part of their consumer protection competence, which typically takes the form of inspections of marketplaces, bricks & mortar shops and other establishments. It can however also involve targeted raids pre-agreed with the rights holder. That is why it is always a good idea to file Applications for Action (AFAs) for both EU and national measures so that the customs have a broader reach. It is then necessary to cooperate with the customs and regularly raise awareness with them about the respective IP rights.

The criminal law option may be attractive for those brand owners who are very cost cautious and who do not intend to be particularly pro-active as part of their local anti-counterfeiting strategy. Given the cooperation between the police and the customs, criminal enforcement can be a very efficient tool, especially against larger scale counterfeiting activities. On the other hand, the downside is that the proceedings (including their initiation) are very much in the hands of the police and state prosecution bodies and the rights holder has very limited possibilities to influence the proceedings. Typically, it is also quite difficult to obtain damages through criminal proceedings and in case of complex counterfeits it may not be easy to prove intention to commit a crime.

In order to take matters into its own hands, the rights holder must choose the third option and start civil infringement proceedings. Prior to that, it is always a good idea to secure as much evidence as possible because it may not be very practical or simple after proceedings have started. This would typically involve making a test purchase, obtaining copy of website contents certified by notary public, or even using the services of a private investigator. Then, sending a warning letter is always a good start which often reaches the desired result and is also important to maintain the statutory right for compensation of costs of proceedings. If the matter is not settled at this stage, the next step usually is a request for preliminary injunction. Because the Czech courts must take a decision on such request within 7 days and because the defendant's arguments are not heard at this stage, it can be quite an effective and fast weapon against IP infringements, although it is not so easy to enforce in practice. Then, the main infringement claim must be filed with the court and if all goes reasonably well, the first instance decision can be out within a year.

Does landlord liability exist in the Czech Republic?

The famous landlord liability case at the EU level (C-494/15 Tommy Hilfiger Licensing and Others), actually comes from the Czech Republic and relates to the Pražská tržnice marketplace in Prague (see below for details). In its decision, the CJEU clearly stated: “The tenant of market halls who sublets the various sales points situated in those halls to market-traders, some of whom use their pitches in order to sell counterfeit branded products, falls within the concept of ‘an intermediary whose services are being used by a third party to infringe an intellectual property right’.”

In the national proceedings that followed the CJEU decision, Czech courts generally confirmed the concept of landlord liability in that landlords could be liable as the "intermediary" and that injunction can be ordered against them subject to conditions laid out in the CJEU earlier decision concerning online marketplaces C‑324/09 L’Oréal and Others, especially that injunctions must be effective, proportionate, and dissuasive and must not create barriers to legitimate trade. Czech courts however rejected any monetary claims against the landlord stating that while other remedies available to rights holders under Czech law (mainly cease and desist) can be invoked against infringers as well as other persons (intermediaries), the monetary claims that include damages, unjust enrichment and compensation for immaterial harm may only be claimed against infringers. With respect to immaterial harm, however, the courts allowed public apology as a possible remedy against the intermediary, ie, the landlord.

Are there any local dedicated anti-counterfeiting associations or organisations in the Czech Republic?

Counterfeit hotspots you should know in the Czech Republic:

Unsurprisingly, a bulk of issues when it comes to the sale of fake goods in the Czech Republic occur in its capital city, Prague, and also along the border.

Location: Also called the ‘Little Hanoi’ or ‘Prague Hanoi’, this is a large Vietnamese trading center and marketplace in Prague. It was created at the premises of a former poultry farm around the year 2000. Sapa offers many Vietnamese restaurants, food stands, specialized grocery stores, warehouses, school, and places for meetings, social events, and a Buddhist temple. The total area is around 35 hectares (86 acres). (map link) (official website)

Challenges of enforcement at this marketplace: Secret chambers/rooms where these products are hidden; a lot of commercial flow in the zone, so procedures must be performed quickly to ensure success (once seized goods are immediately replaced by other).

Recommendations to brand owners: Cooperating with the customs and the police, conducting organised raids (more people is typically required); consistent and systematic enforcement requesting not only destruction of the goods, but also financial and criminal punishment of the infringers.

Location: An entertainment and shopping complex in the duty free zone near the Austrian border (map link) (official website).

Fakes known to be sold there: Clothing, footwear, headgear, and accessories.

Challenges of enforcement at this marketplace: The Asia Bazar is a part of an entertainment and shopping complex where duty free shops can be found. As a result, counterfeit products are sometimes sold very close to the original goods.

Recommendations to brand owners: Cooperating with the customs and the Czech Trade Inspection Authority, conducting organized raids where required and have national AFA in place; consistent and systematic enforcement requesting not only destruction of the goods, but also financial and criminal punishment of the infringers. 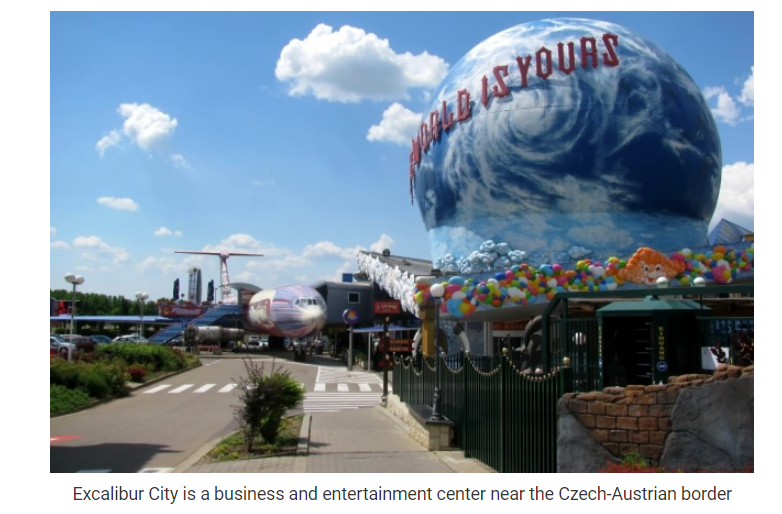 Location: Originally an industrial buildings site that currently offers a number of retail, artistic and gastronomic facilities. It is also home to a well-attended vegetable market, the largest in Prague, and a typical Asian marketplace (map link) (official website).

Fakes known to be sold there: Clothing, footwear, headgear, and accessories; and toys.

Challenges of enforcement at this marketplace: Secret chambers/rooms where these products are hidden; sellers may often change making it difficult to enforce rights against them.

Recommendations to brand owners: Cooperating with customs and having national AFA in place; consistent and systematic enforcement requesting not only destruction of the goods, but also financial and criminal punishment of the infringers.

Location: An area in the city centre close to Old Town Square in Prgaue (map link).

Challenges of enforcement at this marketplace: It may be very difficult to distinguish the original from the fake.

Recommendations to brand owners: People purchasing counterfeit goods in this setting are usually unaware that they are not genuine. In such cases it is necessary to cooperate with the Czech Trade Inspection Authority and the Forensic Institute, which has various technical means for recognising counterfeit jewelry. 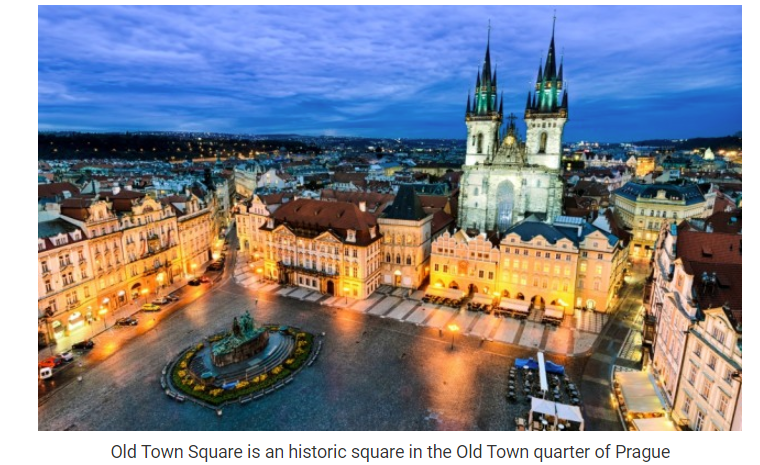 Fakes known to be sold there: Clothing, footwear, headgear, and accessories; toys; phones; and perfumes.

Challenges of enforcement at this marketplace: Raids must be performed quickly and with element of surprise to ensure success, they also need to be repetitive, the sellers change often and can sometimes move outside the country, making it difficult to enforce against.

Recommendations to brand owners: Cooperating with customs, conducting organized raids; consistent and systematic enforcement requesting not only destruction of the goods, but also financial and criminal punishment of the infringers; there is a need for national AFA because a lot of seizures is made by the customs or the police without previous involvement of the brand owner.