Last week, the U.S. Court of Appeals for the Federal Circuit (“CAFC”) issued an opinion in (No. 2018-1329, 2018-1331 and 2018-1728) (Nov. 13, 2019). Although many interested stakeholders in the design patent world had hoped for some guidance on the “article of manufacture” issue as it relates to the calculation of a design patent infringer’s total profits, the CAFC did not reach the question of damages. Instead, the CAFC focused on the finding of infringement.

Interestingly, Figs. 4-10 show different use cases for the heat reflective material that include a sleeping bag, footwear, legwear, a sock, handwear, outerwear, and more footwear. In each use case, only the heat reflective material is shown in solid lines with the rest of the each article being shown in broken lines depicting “environmental subject matter only and form[ing] no part of the claimed design.” 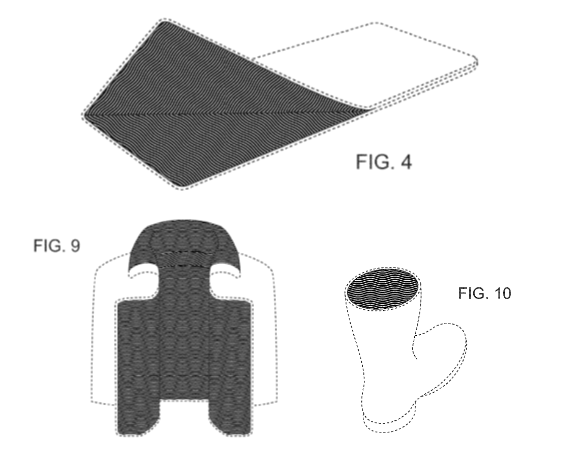 At the district court level, the court granted summary judgement that Seirus’s HeatWave products (design copied below) infringe the ‘093 patent. Although the court noted certain differences between the two designs, ultimately the court found that the overall visual impression is “strikingly similar” and that “even the most discerning customer would be hard pressed to notice the differences between Seirus's HeatWave design and Columbia's patented design.” 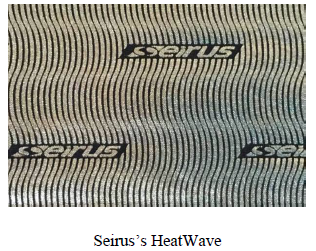 However, in deciding Seirus’s cross-appeal, the CAFC found that the district court’s grant of summary judgment of infringement was improper. Because the infringement finding was vacated, the CAFC did not reach the damages issue.

Specifically, the CAFC found that the district court erred in granting summary judgment of infringement for two reasons: (1) the court improperly declined to consider the effect of Seirus’s logo in its infringement analysis and (2) the court resolved a series of disputed fact issues, in some instances relying on an incorrect standard, that should have been tried to a jury. While the second reason relates to the fact that the district court’s finding was on summary judgement, the first reason is something that design patent practitioners should take note of. Distinguishing L.A. Gear, Inc. v. Thom McAn Shoe Co., 988 F.2d 1117, 1125 (Fed. Cir. 1993), the CAFC found that “L.A. Gear does not prohibit the fact finder from considering an ornamental logo, its placement, and its appearance as one among other potential differences between a patented design and an accused one. Indeed, the fact finder is tasked with determining whether an ordinary observer would find the ‘effect of the whole design substantially the same.’ Gorham, 81 U.S. at 530. It would be inconsistent with this mandate to ignore elements of the accused design entirely, simply because those elements included the name of the defendant.”

Although the CAFC did not address how much significance the logo should play in the overall appearance of the design, the fact that the CAFC required the logo to be considered at all could be significant. Additionally, though the CAFC did not address this point, it is worth considering whether this problem would have been avoided if Columbia had claimed a smaller portion of their heat reflective material in Fig. 1 (i.e., a portion that is small enough to be mapped onto Seirus’s HeatWave design between the logos). Further, the inclusion of exemplary embodiments in Figs. 4-10 would likely further complicate such a scenario.

Because the infringement finding was vacated, the CAFC did not reach the total profits damages issue. Thus, we will have to wait for another opportunity for further comment from the CAFC regarding the article of manufacture as it relates to the total profits damages calculation. As this case was remanded to the district court for further proceedings, it is possible that it could eventually find its way back to the CAFC.

Oblon - Colin B. Harris
﻿
Back Forward