Welcome to the Sidley Antitrust Bulletin — thoughts on topics that are top-of-mind for Sidley’s Antitrust team and why they matter to you. Recently we have seen agencies in the United States and Europe capitalizing on the political will to ramp up antitrust enforcement activity by announcing changes that will make it easier to bring antitrust cases. In the United States, the Antitrust Division of the Department of Justice (DOJ) is talking about bringing criminal monopolization cases and being stricter about leniency. Meanwhile, the Federal Trade Commission (FTC) is signaling that it will scrutinize data and privacy issues through both a consumer protection and antitrust lens as part of a conscious move to increase the level of “interdisciplinary” analysis. Across the Atlantic, we expect to see more parallel investigations and fines regarding the same conduct, further developments in a potential new regulatory regime for large online platforms, and diverging analysis between the European Union (EU) and United Kingdom (UK), all leading to additional enforcement. Interested? Keep reading ...

Criminal § 2 Sherman Act charges on the horizon: Antitrust Division Deputy Assistant Attorney General Richard Powers signaled an important change in enforcement policy by suggesting that the DOJ will be ready to bring criminal charges for violations of Sherman § 2, which is typically used as a civil tool to proscribe unilateral and exclusionary practices by a monopolist. The last time the DOJ criminally prosecuted a stand-alone Sherman § 2 violation was in 1972, although criminal Sherman § 2 charges have also been brought in conjunction with criminal prosecution under Sherman § 1, which is used to police cartel behavior.

Why it matters: The DOJ’s statement comes amidst renewed interest in bringing cases under Sherman § 2 — which some argue has been underutilized in the past two decades. Notably, the monopolization offense has long been recognized as not requiring a showing of anticompetitive intent — raising the question of how the DOJ will find criminal liability. This announcement underscores the importance of being able to demonstrate procompetitive justifications for business conduct by firms that may be seen as having market power.

The FTC’s Chair signals a new “interdisciplinary approach” blending antitrust and consumer protection: In April at a major international privacy conference in Washington, DC, FTC Chair Lina Khan made a point of underscoring that the agency expects to pursue an “interdisciplinary approach, … assessing data practices through both a consumer protection and competition lens.” “Given the intersecting ways in which widescale data collection and commercial surveillance practices can facilitate violations of both consumer protection and antitrust laws, we are keen to marshal our expertise in both areas,” she said.

As Chair Khan explained, the new “interdisciplinary approach” is a conscious effort to “mov[e] away from ... consumer protection and competition silos” and will involves lawyers, economists, and technologists within the FTC all sharing information in an effort to probe “the full implications of particular business conduct and strategies.”

Why it matters: As the FTC expands its focus and promotes more interaction between the competition and consumer protection bureaus, privacy and data-related issues are likely to emerge more frequently in antitrust investigations, including merger investigations. Likewise, when companies respond to information requests issued by the Bureau of Competition, there is an increased potential for such information to be shared with agency staff in the Bureau of Consumer Protection and vice versa—something that was always possible but rarely occurred when the bureaus were more “siloed.”

The CMA blocked the Cargotec/Konecranes merger after EC approval (with remedies): On March 29, 2022, the United Kingdom Competition and Markets Authority (CMA) blocked the planned merger of Cargotec and Konecranes, two Finnish providers of container-handling equipment and services to port terminals and other industrial consumers worldwide. The CMA found that the merger would harm competition in the supply of a wide range of container-handling equipment products and that UK customers would have few alternative suppliers postmerger. To mitigate concerns, Cargotec and Konecranes submitted a remedy package, which the CMA rejected because the assets on offer “lacked important capabilities,” and Cargotec and Konecranes abandoned the deal.

Why it matters: The Cargotec/Konecranes deal was the first in-depth review the CMA conducted in parallel with the European Commission (EC) post-Brexit. The EC and the CMA had similar concerns with the deal but diverged substantially in their remedy assessment. Importantly, a month before the CMA decided to block the deal, the EC considered the same remedy package and found it “fully addressed the competition concerns identified.” The CMA, however, considered the remedy package too complex. This case demonstrates that companies should not assume that clearance by the EC will automatically lead to smooth sailing before the CMA.

EU lawmakers reached political agreement on new EU rules to limit the market power of big online platforms: The European Parliament, European Council, and EC have reached a provisional political agreement on the Digital Markets Act (DMA), a new regulatory regime for large online platforms (so-called gatekeepers). The DMA, which is now subject to formal approval by the European Parliament and European Council, could enter into force as early as October 2022. Companies falling within the scope of the DMA could then be obliged to comply with the respective obligations and prohibitions by February 2024.

Why it matters: Under the DMA, gatekeepers would be subject to a number of additional stringent requirements, including in relation to data collection and use, interoperability, switching, certain self-preferencing practices, and additional scrutiny of intended mergers. The DMA will also give the EC new enforcement powers, including severe fines for noncompliance — up to 10% of a company’s global revenues and, for repeated infringements, up to 20% as well as possible structural remedies (e.g., sale of all or part of a business) and a ban on further acquisitions relevant to the infringement. Civil damages actions against gatekeepers are also explicitly foreseen.

Double jeopardy does not preclude overlapping investigations in the EU: The Court of Justice of the European Union, the EU’s highest court, clarified the scope of protection afforded by the ne bis in idem principle (double jeopardy) in Cases C-117/20 bpost and C-151/20 Nordzucker and Others. The Court found that the ne bis in idem principle does not preclude an undertaking from being subject to double investigations and fines as long as EU enforcers respect general EU law principles of (1) proportionality (i.e., the overall penalties must, in aggregate, correspond to the seriousness of the offense(s)) and (2) due process (i.e., the rules must be clear in advance and the agencies involved must coordinate). The Court also emphasized that EU double jeopardy rules apply to final decisions, not investigations (so overlapping investigations cannot be prevented by double jeopardy arguments).

Why it matters:The possibility of multiple overlapping investigations seems to go against the spirit of double jeopardy rules, especially as the defense burden can be immense. There have already been several examples of conflicting — or artificially separate — cases. When the forthcoming DMA comes into effect, the risk of simultaneous and overlapping investigations with respect to the same conduct will only increase for the companies subject to the DMA, as they might be subject to DMA and antitrust investigations in parallel.

The DOJ updated its corporate leniency policy: On April 4, Assistant Attorney General Jonathan Kantor announced updates to the DOJ criminal antitrust leniency program, including to two requirements that companies must meet to qualify for leniency: (1) a company must self-report "promptly," and (2) a company must redress the harm it caused and improve its compliance program. This updated leniency policy is available to the public in the Justice Manual, and the DOJ published a plain-language frequently asked questions document.

Why it matters: This change in policy means that companies will need to act reasonably quickly after uncovering potential cartel behavior, as delay in reporting the conduct to the DOJ will risk leniency even if no other company steps forward. Likewise, a delay in instituting an updated compliance program and taking steps to prevent future violations could put leniency at risk. 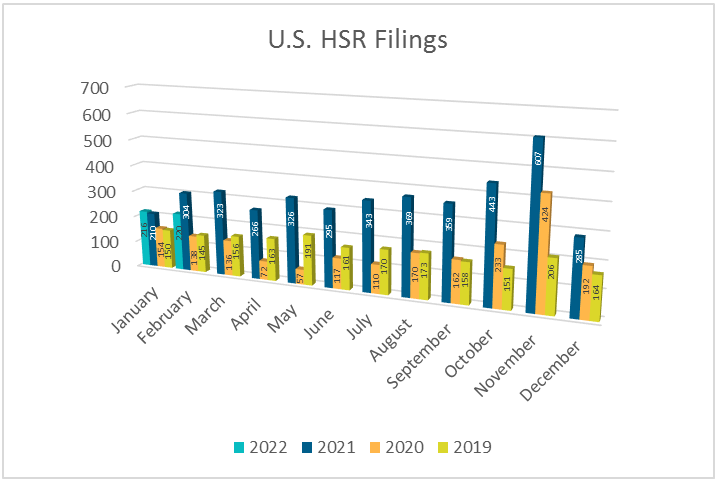 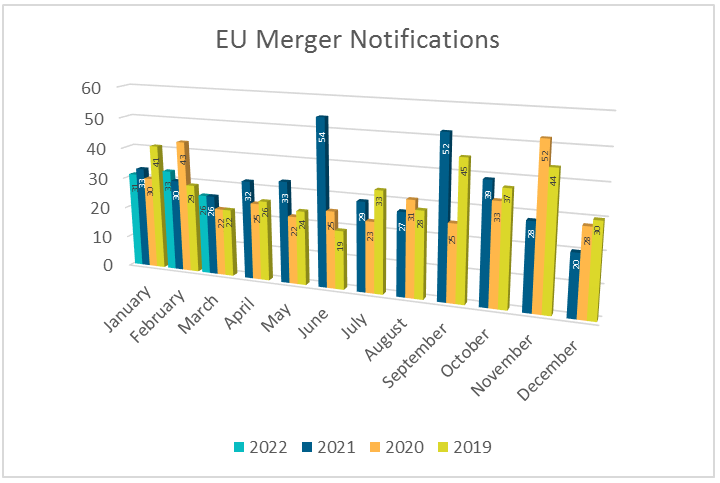