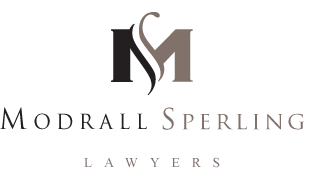 This lawsuit was brought by a female coordinator in the APS Charter and Magnet School Department.  Plaintiff's first supervisor, a woman, drafted a "coaching note" in the spring of 2008, which instructed Plaintiff to obtain approval before taking certain actions, such as contacting high-level APS employees or responding to requests from outside organizations.  In September 2008, the supervisor prepared a formal corrective action memo regarding Plaintiff's pattern of acting outside of her authority, in violation of the coaching note.

On March 31, 2010, Plaintiff filed an internal discrimination and retaliation complaint against her supervisor with APS's Office of Equal Opportunity ("OEO").  On June 18, 2010, the OEO determined that the claims were unsubstantiated.  APS placed Plaintiff on administrative leave on June 21, 2010, and terminated her on July 1, 2010, based on her history of performance problems.  Thereafter, Plaintiff pursued her claims with the EEOC and in federal court.

Plaintiff attempted to state a claim for Title VII discrimination based on her belief that she received less favorable treatment than a similarly situated male employee in her office.  The Court rejected this argument because the male employee did not engage in any misconduct of "comparable seriousness" to Plaintiff.  This decision was based on the following determinations:

Plaintiff Failed to Show that Her Termination was Retaliatory

Plaintiff also argued that she was terminated in retaliation for opposing her supervisor's conduct.  The Court rejected this argument because there was no evidence to support a causal connection between Plaintiff's opposition and any materially adverse action.  Of particular interest, the Court explained that any temporal relationship between Plaintiff's March 31, 2010 OEO complaint, the OEO's June 18, 2010 determination, and Plaintiff's July 1, 2010 termination did not support an inference of causation, because Plaintiff "had a history of disciplinary issues" dating back to May 2008, and "failed to follow her employer's directives in the weeks between her March 31, 2010, complaint and her July 1, 2010, termination."  Relying on Argo v. Blue Cross & Blue Shield, 452 F.3d 1193 (10th Cir. 2005), the Court explained:

Causation does not exist where an employer contemplates a particular action before a plaintiff's protective activity and proceeds along lines previously contemplated after the protected activity. . . .

Moreover . . . Plaintiff received additional discipline during the interim period between her protected activity and the subsequent adverse employment action.  On June 15, 2010, Plaintiff received a written reprimand for repeated misconduct, and this reprimand, as in Argo, was sufficient to break any causal connection[.]

Finally, the Court rejected Plaintiff's hostile work environment claim, which was primarily based upon a single incident in which Plaintiff's supervisor allegedly yelled a string of profanities ending in a derogatory female reference in a hallway.  The court explained that, although the derogatory female reference can be suggestive of sexual harassment under Tenth Circuit authority, it did not constitute harassment in this case, because (1) it was an isolated incident, (2) Plaintiff was separated from her supervisor by a closed door and a partition at the time of the comment, and (3) Plaintiff was not a party to the supervisor's conversation directly preceding the comment and, thus, there was no evidence the comment was directed to or about her.

The Court also rejected Plaintiff's argument that her supervisor engaged in sexual harassment by giving preferential treatment to attractive women.  The Court noted that such behavior does not constitute Title VII discrimination because "treating one category of women differently from another category of women based upon their appearance constitutes differential treatment because of appearance and not . . . because of sex."