The U.S. Environmental Protection Agency (EPA) published on December 20, 2019, the final list of high-priority chemicals. These chemicals will be the next 20 chemicals to undergo risk evaluation under the amended Toxic Substances Control Act (TSCA). According to EPA, issuing the final list of high-priority chemicals for risk evaluation “represents the final step in the prioritization process outlined in TSCA and marks another major TSCA milestone for EPA in its efforts to ensure the safety of existing chemicals in the marketplace.” The 20 chemicals consist of seven chlorinated solvents, six phthalates, four flame retardants, formaldehyde, a fragrance additive, and a polymer precursor. EPA states that “[i‌]t is important to note that being designated as a high-priority chemical does not mean that a chemical is high risk.” 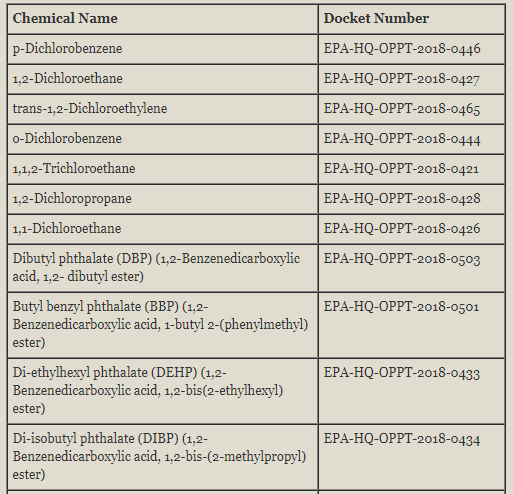 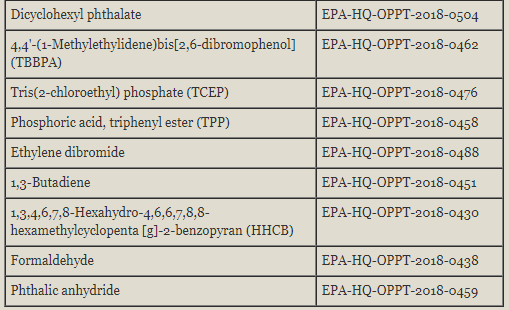 More information on the proposed designations is available in our August 26, 2019, memorandum, “EPA Proposes to Designate 20 Chemical Substances as High-Priority Substances for Risk Evaluation under TSCA.”

According to EPA, it is still “carefully reviewing” public comments submitted on the 20 low-priority chemicals proposed in August 2019. EPA plans to publish the final list of low-priority chemicals in early 2020. Additionally, EPA states that it “will soon release and take public comments on a draft list of manufacturers and importers of these chemicals to help determine the appropriate division of fees as required under the TSCA fees rule.”

There was never any real doubt whether EPA would timely designate the 20 high-priority candidates at the end of the prioritization process. In its response to comments, EPA states that many of the comments related to the prioritization process or generally related to EPA’s review of existing chemicals under Section 6. EPA states that it received some comments on specific substances, on which submitters provided relevant studies or information related to conditions of use. EPA stated that it would incorporate such information into its risk evaluation for each substance.

One commenter suggested that EPA designate mercury as a high-priority substance. EPA responded, stating that “Mercury and mercury compounds were not included in the 2014 Update to the TSCA Work Plan because, as stated in the 2014 Work Plan Update document, their hazards are already well characterized and the Agency has a strong risk reduction effort in place.” We add that information required by the Mercury Inventory of the Toxic Substances Control Act established in 2018 will further inform EPA’s view on whether additional risk reduction effort is necessary. For the majority of the handful of comments on specific substances, EPA states that it had considered that information already in the proposed designation documents.