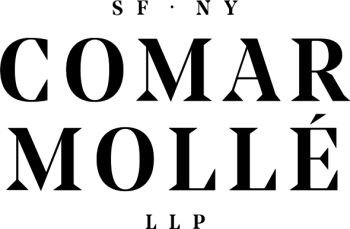 Venture partners should work hard to resolve and settle disputes as early as they can, and in a manner that will not jeopardize assets under management.

Venture capital partnerships are not immune to the types of conflict—even catastrophic conflict—that can affect other businesses. In addition to the traditional legal issues that can arise in any business setting, venture partner disputes are often intertwined with an emotional component: a consequence of working for years or even decades in a close-knit team with colleagues who become friends.

Combined with the kinetic nature of the venture capital industry and the value of carried interest in the fund, resolving a venture partner dispute in its earliest stages should be the highest priority for any venture partner.

Counsel for the partnership, or the partners themselves, should consider the following steps in attempting to resolve bad blood in the venture partner context.

Recognize The Existence Of A Dispute

Key Takeaway: Acknowledge the reality of a conflict. Don’t ignore it.

Denial is a very human reaction to bad news, and venture partners are as susceptible to human psychology as anyone else. When disputes arise in the venture context, partners may be tempted to simply deny its existence—not out of ill will, but out of an understandable but flawed hope that the conflict will simply go away on its own. This is not the case. Untreated disputes will fester if not resolved; no successful dispute resolution is ever predicated on simply hoping that the problem will go away on its own.

When a dispute becomes a live issue that requires attention, it is important that the partners recognize its existence and trigger a good faith process that can result in a neutral and fair resolution. This could include forming a special committee of the partners to examine the dispute, hiring neutral counsel to provide advice to the partnership on the matter, or, in sensitive issues such as in discrimination or harassment cases, engaging an industry expert who can lay the groundwork for a resolution. It is never advisable for a partnership or a partner to simply hope that the dispute will go away on its own.

Once the dispute has been acknowledged, the partners should review the operating agreement. While many operating agreements contain boilerplate language regarding how disputes should be handled, sometimes the partnership agreement will have been drafted by forward-thinking with sophisticated infrastructure for purposes of venture partner dispute resolution. For example, the agreement may demarcate between different types of disputes, with different types of processes involved. Good faith “business disputes” may have a gentle form of dispute resolution, perhaps requiring the appointment of an arbitrator who acts as a tiebreaker, or which may involve company counsel providing a neutral evaluation to the partnership about the dispute.

Harder “legal disputes” may be subject to more formal types of processes such as arbitration, but even then, some agreements may structure different “tiers” of disputes, with different processes, in order to keep the conflict from simmering into open legal war.

In all instances, the partners should have a sense of what their partnership documents require, and should assess whether additional steps should be considered as a means of resolving the dispute in a neutral and fair way.

If the operating agreement is silent as to dispute resolution, or only has a boilerplate arbitration clause, the parties would be advised to think about less antagonistic forms of dispute resolution as a first step. Once arbitration is commenced, the partners will almost certainly start taking a litigation posture to the dispute, and legal fees go up dramatically. Parties that have incurred significant legal fees become susceptible to the “sunk cost fallacy,” which can harden each side’s position and make a negotiated outcome difficult.

Give Mediation A Good Faith Effort

Even if the partnership agreement does not require mediation, venture partners should consider the input and advice of an experienced mediator who can help the parties reach a negotiated outcome. Mediation is a consensual process and gives each side control over the outcome. No one is forced to agree to anything. Venture partners are in many respects ideal candidates for mediation: highly sophisticated parties who understand the value of a settled relationship. Another advantage of mediation is that it is also significantly less expensive than a full blown arbitration or trial.

In selecting a mediator, the venture partners should select an individual with experience in venture capital, partnership agreements, carried interest considerations, portfolio company management, and maintaining relationships with limited partners. Each side should do a preliminary diligence call to make sure the mediator is reputable and is the right fit for the personalities involved and the dispute more generally. The mediator should be able to provide references who have utilized his or her services.

A single day of mediation is all that is generally required to resolve even a complex dispute. The parties will typically submit briefs in advance of the process, and the pressure of needing to resolve important matters in a single day helps to motivate the parties to resolve their differences. An experienced mediator will know how to structure the mediation such that the issues that present major obstacles can be identified and resolved in an efficient matter.

Key Takeaway: For more intractable disputes, a business separation or divorce may be appropriate.

The role of emotion in a partnership dispute should never be underestimated. In the venture setting, the relationship between the partners may extend back years or even decades and include a broader network of spouses, children, business associates, mutual friends, portfolio company officers and directors, and limited partners.

If the relationship has become strained or heated, the venture partners should consider whether separating from each other makes sense. This is actually less difficult in the venture context, as venture partner separations can almost always be styled as the closing of a certain series of fund. A new fund or series of the fund can then be set up under a new entity and with different partners. The partners can determine how they want to use the fund trademarks and client and partner lists, and also come up with mutually agreeing messaging regarding future business activities. Arrangements can be made for maintenance of the separated fund for its remaining lifecycle. As the Beatles discovered, sometimes it just makes sense to part ways, even in the context of a highly successful previous working relationship.

Consider The Risks Of Further Litigation, Particularly Claims From LPs

Key Takeaway: Unless justice requires it, open litigation would be disastrous to venture partners and to the fund.

In all instances, venture partners need to be aware that litigation would likely be disastrous not just to the fund and the partnership, but also to their reputations. Venture capital is essentially a world of relationships; partners who lack the capacity to transmute emotional and dysfunctional arrangements into something less toxic and manageable may ultimately discover that an open dispute hurts their credibility when it comes time to raise future funds. Partners who dither in resolving a dispute also risk exposure from lawsuits from their LPs, particularly if the fund is not successful. A partner who cannot manage a conflict may be viewed as someone who lacks business acumen or general sophistication. Litigation should thus be seen as truly a last resort and only when fraud, conduct that goes against the public interest (including discrimination or harassment), or the interests of justice weigh in favor of a court action.