At a glance: executive incentive compensation in France 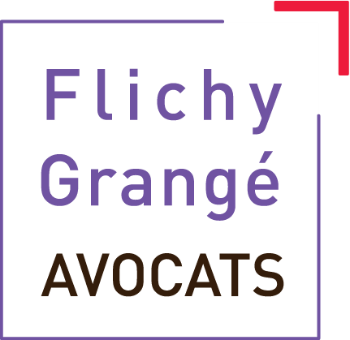 What are the prevalent types and structures of incentive compensation? Do they vary by level or type of organisation?

There are two main types of incentives compensation: ‘cash’ awards and share ownership schemes, such as stock options and free shares.

Cash awards often take the form of variable bonus plans based on targets and, as the case may be, retention bonuses.

In practice, ownership schemes are more prevalent in larger companies and remain rare in small entities where cash variable bonuses are more common.

Under French law, any salary or benefit granted in the framework of the execution of a work contract or a company officer duty is subject to national dues (social security contributions), as well as a specific tax called CSG/CRDS. The company is responsible for their payment to the collecting agency, including the employee or company officer’s share of those contributions, which will be deducted from the gross amount of the compensation. The employee or company officer, however, is subject to income tax and is responsible for its declaration to the tax authorities (it being specified that since January 2019 income revenue is docked at source).

Cash incentive compensation does not enjoy any favourable treatment and is subject to national dues and income tax.

There is no mandatory limit on the amount or structure. In the banking and investment sectors, however, in accordance with European regulations, it is recommended that variable remuneration would be based on achievement of individual and collective targets related to performance, and that a significant part of the variable remuneration is paid over several years and takes the form of shares.

As for publicly traded companies, the AFEP-MEDEF code of conduct provides similar recommendations with respect to the variable part of company officers’ compensation, including the requirement that this variable part be proportionate to the fixed compensation and be consistent with the annual review of the performances of the executive officers and the corporate strategy.

Ownership schemes are subject to a different tax regime and are also subject to particular restrictions. No stock options or free shares may be granted to employees and company officers already holding more than 10 per cent of the issuing company’s share capital (the limit is one-third of the share capital when stock options are granted during the two years following the funding or the purchase of the company by its employees or its company officers). Also, for listed companies, free shares or options granting access to the subscription or purchase of shares cannot be awarded to the chairman of the board, the managing director, the deputy managing director or the members of the executive board unless the company:

The PACTE Law (Action Plan for Business Growth and Transformation Law, dated 22 May 2019 added a new alternative but only for free shares: the unilateral payment by the company (ie, excluding any employee’s contribution) of an additional amount to the company savings plan, to all employees eligible for such contribution and at least 90 per cent of all eligible employees of its subsidiaries.

Moreover, the law has limited the delta of free shares between each employee, which cannot exceed a ratio of 1:5. Thus, if 50 free shares are distributed to an employee, other employees must receive at least 10 free shares each. Since the Macron Law, dated 6 August 2015, which applies to free shares plans voted by shareholders’ meetings taking place after this date, this 1:5 ratio is no longer applicable provided that the free shares represent less than 10 per cent of the share capital (or 15 per cent in small and medium-sized companies).

Is deferral and vesting of incentive awards permissible? Are there limits on the length or type of vesting and deferral provisions?

Deferral and vesting are permissible.

As far as cash award plans are concerned, quite often plans will mention that an award is granted on condition that the executive is still working for the group at the vesting date so issues may arise should the executive’s corporate officer duties or work contract be terminated before this date. The drafting of such clauses remains a sensitive issue.

For ownership schemes, as case law stands, there is no minimum acquisition period for stock options.

When connected to a savings plan, remuneration is blocked for five years except in specific cases strictly defined by statutory law.

Specific rules are applicable to company officers as regards sale of the shares allocated in that respect.

Are there limitations on the individuals or groups eligible to receive the compensation? Are there aspects of the arrangement that can only be extended to certain groups of employees?

Generally speaking, as far as employees are concerned, there are no limits on who can participate. The grant is discretionary. However, note that under French law, the ‘equal work, equal pay’ principle applies and that discrimination is prohibited. Differences between employees are possible if justified by objective reasons. Accordingly, an incentive plan must in principle be offered to all employees who are in a similar situation in terms of responsibilities and position within the French entity.

Note that listed companies may only grant free shares or stock options to employees of their subsidiaries, as defined by the French Commercial Code.

Concerning corporate officers (who do not have an employment contract), the French Commercial Code provides for some limits in the event of free shares or stock options award. The incentive plan must comply with those limits in order to benefit from the favourable tax and social regime.

In particular, a restrictive list of officers is provided for by this code:

Corporate officers of a subsidiary are eligible only if the granting company is listed.

Can it be held that recurrent discretionary incentive compensation has become a mandatory contractual entitlement? Is this rebuttable?

Although French case law recognises the existence of discretionary compensation, recurrent incentive compensation may under certain circumstances be construed before the courts as a mandatory contractual entitlement. In this last case, it cannot be rebutted without the express consent of the beneficiary.

Effect on other employees

The general principles to abide by are equality and non-discrimination. The criteria to define the amount of incentive compensation should be objective and applied to all employees in the same situation on the same basis (ie, an equal work and equal compensation principle).

Is it permissible to require repayment of incentive compensation under certain circumstances? Are there circumstances under which such repayment is mandatory?

In France it is not permissible to require an employee to repay incentive compensation that he or she has received, unless the payment was the result of an error and was not due.

Nevertheless, in the banking and investment sector, the PACTE law introduced an exception for risk takers: the total amount of variable compensation may, in whole or in part, be reduced or refunded if the employee has disregarded the rules laid down by the institution with regard to risk-taking, in particular because of his or her responsibility for actions that have led to significant losses for the institution or in the event of failure to comply with obligations of good repute and competence.

Can an arrangement provide that payment is conditioned on continuing employment until the payment date? Are there exceptions?

Arrangements often provide for a presence condition, and, if not complied with, entail forfeiture.

Furthermore, the condition must not be purely potestative (ie, dependent solely on the employer’s will) and must not correspond to an unlawful financial penalty which is prohibited under French law. The clause providing for the loss of cash award options or shares only in the event of dismissal for misconduct is not valid. On the contrary, a clause providing for the loss in case of dismissal whatever its ground, is valid.