Under the new legislation, BEIS may block or impose conditions on deals.

The UK’s National Security and Investment Act (NSI Act), is now officially in force, granting powers to the Secretary of State for Business, Energy and Industrial Strategy (BEIS) to screen a broad range of transactions on national security grounds, allowing BEIS to block or impose conditions on deals. Due to its retroactive application, the NSI Act is already impacting deals.

The NSI Act arrives at a time of heightened scrutiny of foreign direct investments (FDIs) across Europe. According to the latest edition of Latham & Watkins’ Private Equity Market Study, the prevalence of FDI approval conditions in deals continues to grow, reflective of the increased number of jurisdictions with FDI approval regimes and the high value, high profile, and strategically significant nature of the deals surveyed. With the advent of the NSI Act, we anticipate that this trend will continue, bringing new considerations and challenges to deals.

Implications of the NSI Act — Target and Acquirer Risk

In recent months, dealmakers have become increasingly accustomed to conducting merger control-style analysis of FDI approval issues. Sponsors will need to continue to factor in additional time for this analysis. Typically, this includes a detailed review of the target and its business in light of national security sensitivities. While BEIS is likely to be more sensitive to certain overseas investors, such as Chinese buyers, deal teams need to be careful regardless of the jurisdiction of co-investment partners and limited partners. In recent years, the UK has shown a willingness to intervene on national security grounds in takeovers involving a range of jurisdictions, including the US. 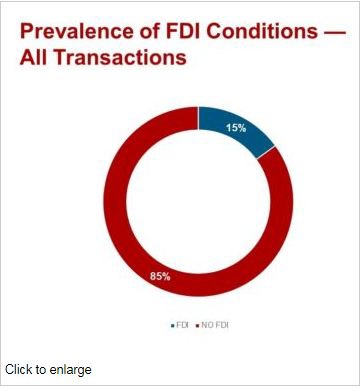 Voluntary vs. Mandatory Filings — Is There a Difference in Practice? 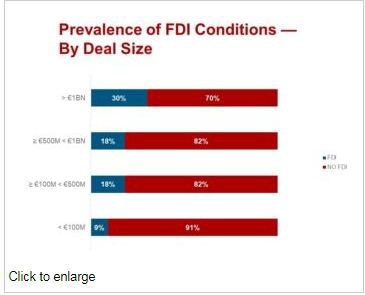 While the NSI Act is substantively similar to other FDI regimes around the world (screening transactions on national security grounds), a key point of difference is that it also applies to acquisitions by UK investors. Early consideration of the timing implications of the NSI Act on the deal is key. Given the retroactive effect of the NSI Act, recent deals have seen PE acquirers submit a briefing paper to BEIS in order to better understand the likelihood of post-acquisition call-in.

Dealmakers must assess whether to file a formal mandatory or voluntary notification, informally brief BEIS, or do nothing. For deals that require mandatory notification, dealmakers should anticipate a minimum review period of 30 working days, which can be extended to 60 and then 105 working days if BEIS identifies national security concerns. Where an investor does not make a formal mandatory or voluntary notification, there may still be merit to making BEIS aware of a deal in order to reduce the call-in period from five years to six months, although doing so adds the risks associated with drawing attention to the deal.

Regardless of notification format, the impact on M&A deal terms is clear — 15% of deals analysed in the 2021 edition of Latham & Watkins’ Private Equity Market Study included FDI approval as a condition, up from 11% in the 2020 edition and 10% in the 2019 edition. France, Germany, and the UK were the most commonly cited FDI approvals.

Undertakings — A Solution to Acquisition but an Impediment to Exit?

PE deal teams should ready themselves for the imposition of undertakings in order to close sensitive deals. Recent deals have seen BEIS require undertakings designed to protect UK national security, including safeguarding the confidential information of the target, limiting the extent to which information can flow up to the ultimate investor, and imposing UK nationality requirements for board appointees. The government has also shown a desire for investors to give “voluntary” economic commitments (e.g., relating to UK jobs), even though this falls outside the scope of existing legislation, including the NSI Act. Dealmakers should note that undertakings and commitments typically relate to the target rather than the buyer, and may therefore impede the attractiveness of the target on exit. 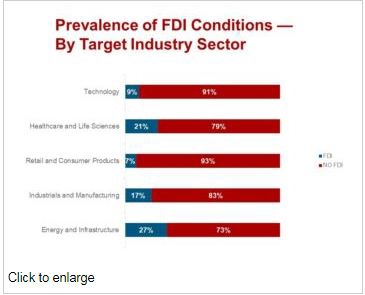 Sponsors are now likely to face additional hurdles as they target UK companies in sensitive industries. However, with the right level of planning and engagement with BEIS, the outlook remains positive for dealmakers. 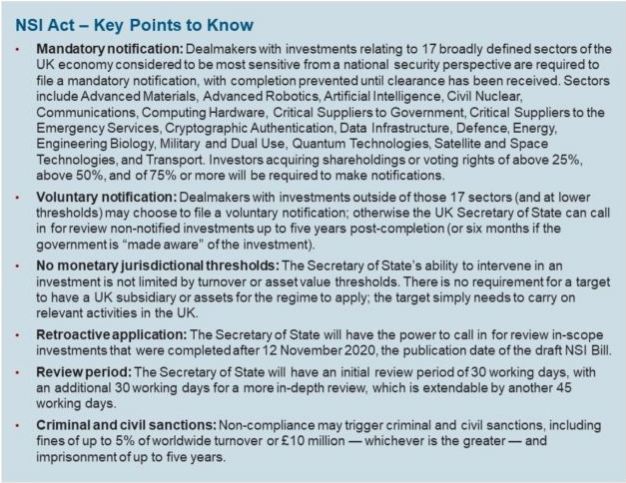