Indian Business Leaders Bullish on Investments, but UK No Longer a Target

Despite some political uncertainty, a pulse survey of 100 C-suite executives in India found more than three quarters of mid-to-large sized Indian companies still plan to increase domestic investment by at least 10 percent over the next two years.

In terms of mergers and acquisitions involving Indian buyers, there is a clear expectation that dealmaking will continue to increase, with 7 in 10 Indian business leaders expecting a significant increase in M&A in their industry. In terms of where Indian businesses are looking to acquire and invest, domestic targets still top of the list, but South East Asia now runs a close second.

"The strong run of dealmaking and international expansion that has emerged in India in recent years is set to continue. We see some really interesting and ambitious business strategies developing amongst our Indian clients, as they look to grow, invest and raise capital in various markets around the world."

The US was the number one destination for Indian companies looking for M&A and other investment opportunities outside of Asia (44% of Indian business leaders say the US is a top target), while continental Europe rounded out the top four.

"Increasingly, Indian companies are finding South East Asia a new land of opportunity. We have seen transactions in sectors including healthcare, insurance, consumer and industrials between Indian companies and counterparties in markets such as Malaysia, Indonesia and Thailand, where there seems to be a good strategic and cultural fit for these emerging Indian multinationals."

"However, intra-Asian deal sizes are still usually smaller than those in Western markets, and we do also expect to see more megadeals involving Indian companies in the US and Europe making headlines."

At the other end of the spectrum, the survey was far less positive regarding the UK, which had until very recently been a key target country for Indian acquirers. No longer, according to the Baker McKenzie research, with just 1% of those responding in India, and indeed across Asia more broadly, looking to the UK as top destination for investment.

This was the lowest of any market included in the survey, with the Brexit factor clearly starting to have a major impact. 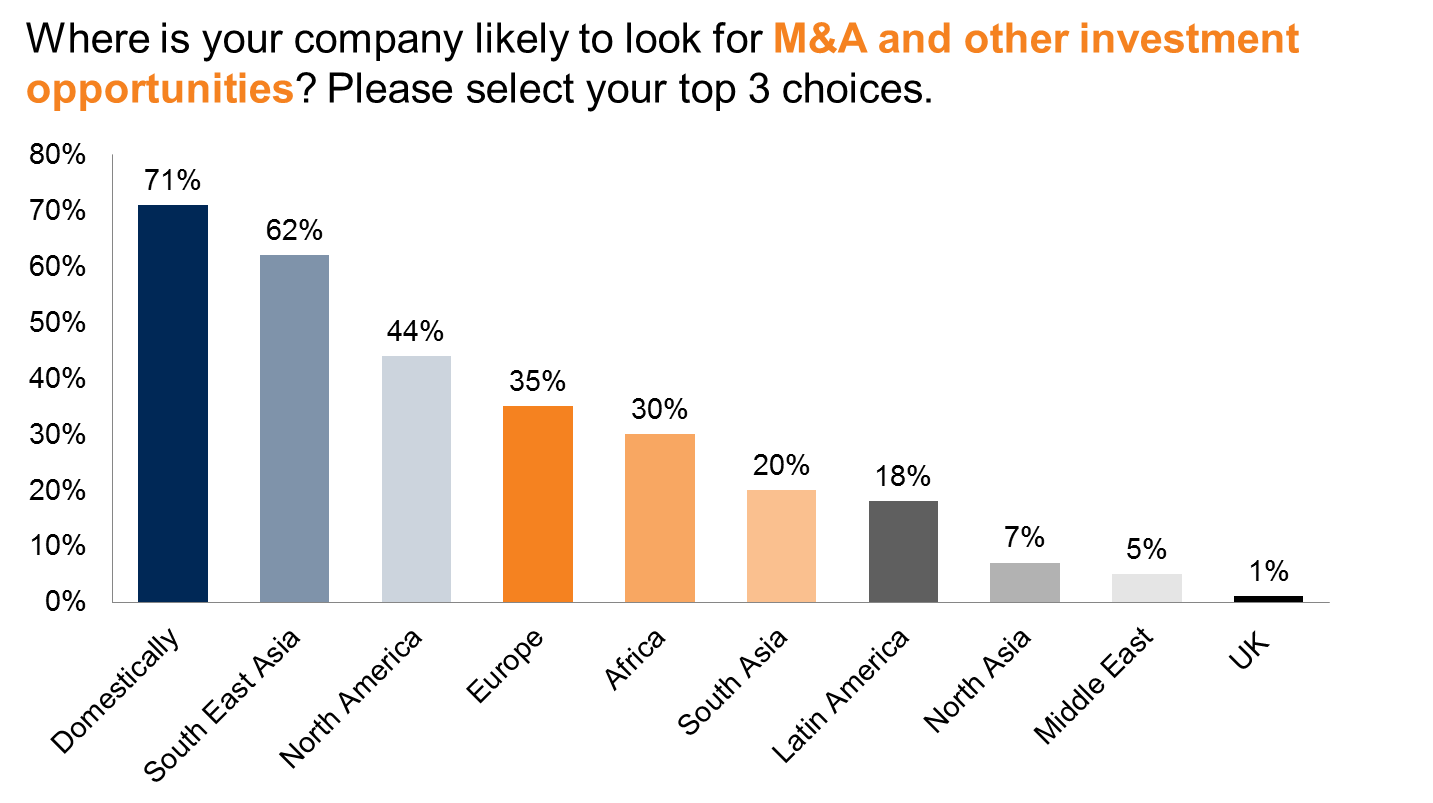 When asked about the key macroeconomic challenges they faced, these 100 Indian executives very clearly identified compliance and regulatory scrutiny as their number one issue, overtaking challenges such as tech disruption, costs pressures and economic uncertainty, a trend that is starting to fundamentally reshape business decision making.

Compliance and regulatory scrutiny was also the leading driver of cost increases for Indian businesses. In the context of M&A and other investment opportunities globally, this translates into the added complexity and cost of a renewed focus around the world on creating or enhancing regulatory regimes enabling the pre-screening of foreign investor deals.