The Stock Exchange of Hong Kong Limited (Exchange) has announced that changes to the Rules Governing the Listing of Securities on the Exchange (Rules) arising from the 'Consultation Conclusions on Codification of General Waivers and Principles Relating to IPOs and Listed Issuers and Minor Rule Amendments' (Conclusions) will take effect from 1 October 2020.

The amendments are effectively codification into the Rules of certain waivers that have been granted by the Exchange with general effect (General Waiver) as approved by the Securities and Futures Commission (SFC) or granted on multiple occasions on the basis of similar principles and conditions (General Principle), as well as administrative guidance set out in listing decisions or guidance letters. The key changes are summarised in the table below. The proposal relating to a company secretary's qualification requirement, which was not adopted in the Conclusions, will be discussed separately at the end of this Legal Update. 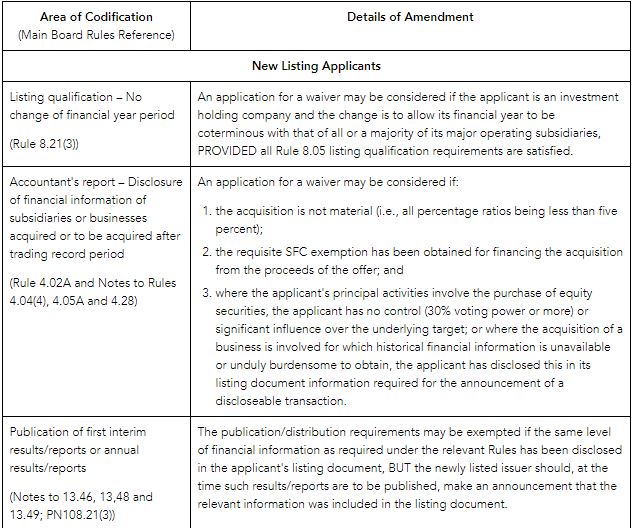 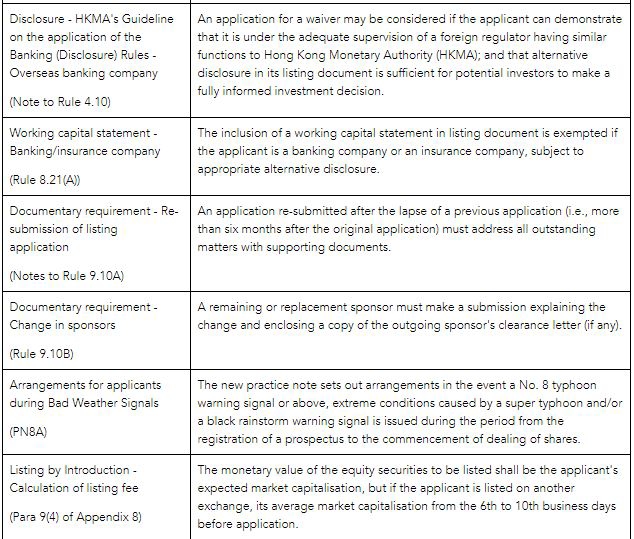 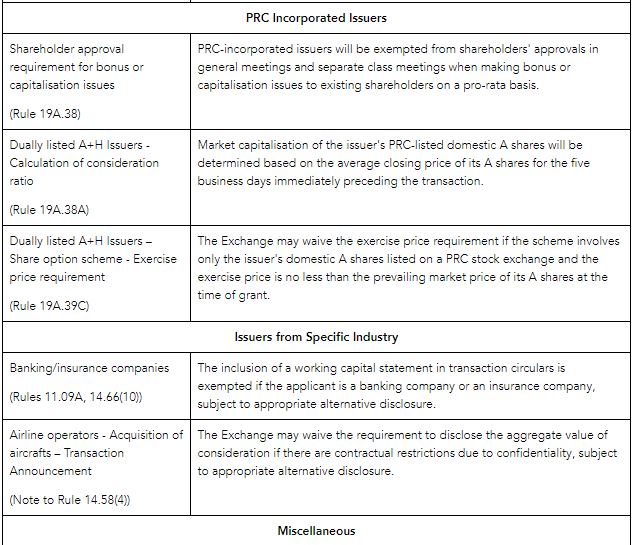 Instead of codifying into the Rules the factors it considered in granting waivers for a company secretary not having the required qualification or experience under Rule 3.28 (Rule 3.28 Waivers) as originally proposed in the consultation, the Exchange has now published the Guidance Letter explaining the policy reasons of granting Rule 3.28 Waivers and the factors it considered.

As in the past, an issuer seeking a Rule 3.28 Waiver (which is to be considered on a case-by-case basis) should demonstrate that its principal business activities are primarily outside Hong Kong and the proposed company secretary (Appointee), though without the required qualification or experience, is a suitable candidate (e.g., Appointee is an existing employee familiar with issuer's operations and board) and would be assisted by a person possessing Rule 3.28 qualification.

The Guidance Letter highlights that a Rule 3.28 Waiver, if granted, will be for a fixed period of time not exceeding three years and the Appointee is expected to have acquired the relevant qualification or experience within this period. The issuer should, before the end of this period, make a submission, with a view to seeking the Exchange's confirmation, demonstrating that Appointee meets the company secretary requirement under Rule 3.28.