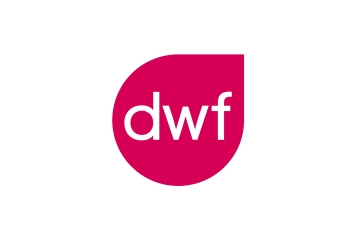 16 January 2016 introduced the lifting of UN Security Council trade sanctions that were imposed on Iran in 2006 in response to its uranium enrichment programme. Iran is the second largest economy in the Middle East and North Africa region after Saudi Arabia and so the re-entrance of such a large and untouched entity into the market has captured the interest of many. DWF London trainee and native Iranian, Nasim Bazari, provides her take on the re-entrance of Iran in the global market.

Iran's re-entrance in the market has huge potential both for external investors and internal stakeholders - businesses and the population alike. Iran holds the world's largest combined oil and gas reserves, it boasts an overall population of almost 80 million people (the second largest population in MENA, after Egypt) with over 60% of the population being aged under 30, a literacy rate of over 85 per cent and the third highest number of engineering graduates every year in the world (with almost 70% of university students and science and engineering students being women).

It is a country that, at the time of the sanctions being lifted, was in need of foreign deals to assist in the updating of aging aircraft, vehicles and infrastructure, assistance in the updating of the financial system to comply with international regulations and the welcoming of Iran’s large petrochemical industry back into the global arena. Additionally, despite boasting a highly educated, eager to work and vast youth population, unemployment amongst the youth is high at approximately 25%. Net government debt to GDP is attractively low at approximately 4% making Iran, financially speaking, a sensible choice for investment.

In short, Iran is rich in commodities to trade, low in debt, in need of rejuvenation and updating and in need of the creation of jobs but with a ready-to-work and vast population at the working age.

However, investing in Iran is not without its challenges. Facilitating trade with Iran remains illegal for US citizens and entities; US sanctions relating to matters other than Iran's uranium enrichment programme remain in force; there is relatively weak governance of businesses resulting in compliance issues and complex corporate structures; and, the future stability of the new found harmony is an unpredictable unknown.

Further, the complex political landscape in Iran raises concerns. Having said that, Iran boasted positive and progressive parliamentary election results recently with a strong performance by moderate candidates, especially so in the capital, Tehran. In Tehran, moderates close to the president, Hassan Rouhani, took all 30 parliamentary seats. As to the Assembly of Experts in Tehran, all but one of the hard-line candidates were defeated, even despite the existing Assembly of Experts cutting out thousands of potential candidates with reformists saying that they were disproportionately targeted. The moderate make-up of the Assembly of Experts is of particular importance as the body’s term is eight years and so, with the current Supreme Leader’s reported ailing health, the body is likely to be responsible for choosing or at least assisting in choosing the next Supreme Leader during its term. The current Supreme Leader, Ayatollah Khamenei, is conservative (although not closed off) in his viewpoint of foreign investment and collaboration.

Whilst the parliamentary election is separate to the presidential election (which is to be held next year), its positive results can be viewed as the population's endorsement of Mr Rouhani’s pro-foreign investment economic strategy. Mr Rouhani has previously indicated that the country would need as much as $50 billion of foreign capital investment per annum to meet its 8% economic growth target. Iran is therefore a country that has a lot that it needs as well as a lot to offer.

In conclusion, the re-entrance of Iran into the global market, if approached and progressed properly, is surely an extremely attractive opportunity for investors, as well as a positive outlook for Iran.