Does ‘umbrella’ coverage on trailer extend to tractor? 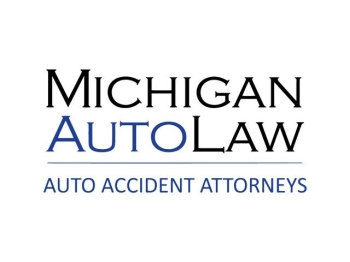 One of the hugely important issues in trucking litigation — after liability and damages to the truck accident victims are determined — is figuring out what insurance coverage applies, such as umbrella coverage.

It frequently devolves into the defense lawyers hired by a trucking company’s insurance company playing semantics, trying to convince judges (who usually know better) to overlook the forest for the individual trees.

Just such a thing happened in a case being fought by my friend, colleague and Truck Accident Attorneys Roundtable co-founder Joe Fried.

After a truck driver negligently drove a tractor-trailer into a car, injuring the occupants, the insurance company that issued a $10 million “umbrella” policy on the trailer tried to get out of paying by arguing that it covered only the trailer portion of the tractor-trailer — not the tractor portion, which is what struck the car.

Thanks to Joe’s skill as a litigator and trial attorney — and thanks to a wise and law-driven court — the umbrella coverage insurer’s position proved to be a dead-end.

In Great American Insurance Company v. Moore Freight Service, Inc., et al., the U.S. District Court of the Northern District of Georgia, Atlanta Division, rejected the umbrella coverage insurer’s contention that its coverage of the trailer did not apply to cover damages from the truck accident because “‘solely the tractor driven by [the truck driver] … caused the accident …’”:

This is the right ruling. It is consistent with well-established law. It also hopefully sends a message to truck carriers – and their insurance companies – that there’s no place for “gameplaying” when it comes to covering and providing compensation to innocent, truck accident victims.

If umbrella coverage insurer doesn’t want to cover the tractor, but only the trailer, then just say so

Truck driver John Teal, who was an employee of Moore Freight Services, Inc., was 100% at-fault in causing a truck accident that resulted in severe injuries to Eshan Khan.

The trailer attached to the tractor that Teal was driving was owned by Colonial Cartage Corporation.

After the truck accident, Great American tried to get out of paying by insisting its coverage extended only to the trailer, not the tractor-portion of the tractor-trailer.