On January 27, 2022, rapper Lil Yachty filed a complaint against Opulous and its founder in the U.S. District Court for the Central District of California asserting claims for trademark infringement, unfair competition and violations of Lil Yachty's right of publicity.

Opulous is an innovator in the blockchain x music space, offering a platform that allows folks to purchase non-fungible tokens (NFTs) that entitle them to a fractional share of a recording artist's digital streaming royalties -- so-called "music copyright-backed NFTs." Lil Yachty claims that, after having a just a few introductory calls without ever reaching a deal, Opulous launched a publicity campaign using Lil Yachty's name, trademark, and likeness without authorization, falsely representing that the rapper was associated with Opulous and that his copyrighted works would be sold through Opulous.

Although the case arises from the wild west of blockchain and NFTs, the complaint appears to state a fairly straightforward celebrity false endorsement claim. Unfortunately, the case is unlikely to answer some hot legal issues that are just outside the periphery of this case, including under what circumstances the sale of an NFT using another person's image violates their right of publicity, and the legality of selling fractionalized royalty streams via NFTs. 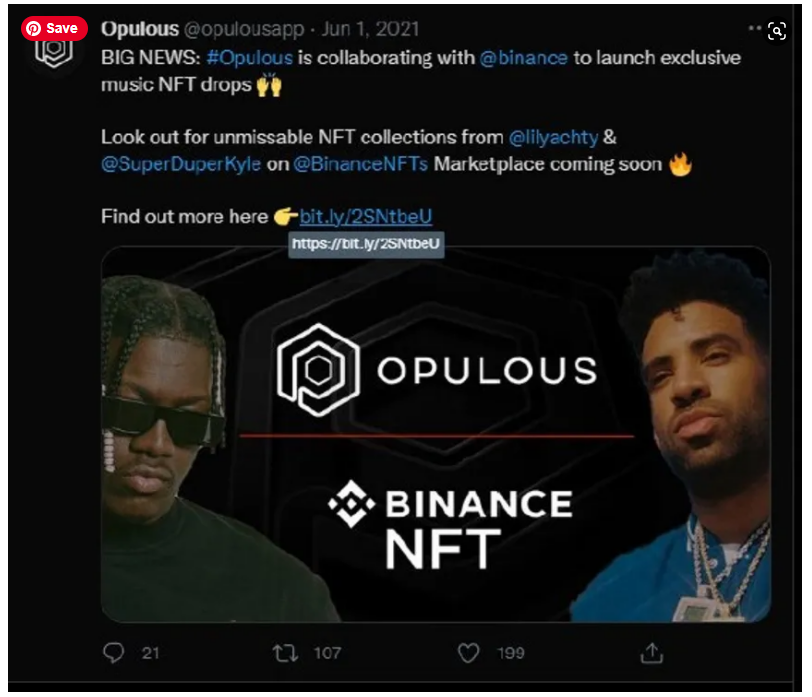