At a glance: hiring employees in Australia 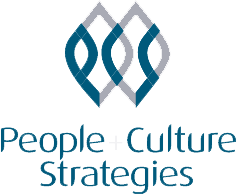 Are there any restrictions or prohibitions against background checks on applicants? Does it make a difference if an employer conducts its own checks or hires a third party?

Background checks are generally permissible in the Australian employment law context to the extent that the checks are necessary to ascertain a candidate’s ability to fulfil the role. Police records and working-with-children checks are generally mandated for roles that involve working with vulnerable individuals. Other justifiable circumstances include checks regarding honesty and integrity, for example, where an employer is seeking to engage an individual in a role that involves responsibility for significant financial transactions. Some legislative schemes in Australia specify the circumstances in which convictions are no longer taken into account, commonly referred to as ‘spent convictions’ regimes. Also, some roles in certain organisations require specific security clearances.

Background checks that do not carry some form of justification run the risk that they will be considered discriminatory or an infringement of the individual’s privacy, irrespective of whether they are conducted directly by the employer or by a third party as the employer’s agent.

Are there any restrictions or prohibitions against requiring a medical examination as a condition of employment?

Are there any restrictions or prohibitions against drug and alcohol testing of applicants?

Employers may have a designated drug and alcohol policy or a general work health and safety policy that deals with drug and alcohol testing at work. Alternatively, the terms of an enterprise agreement may specify how drug and alcohol testing can be implemented in the workplace. Where the health and safety concerns of a particular work environment warrant a strict testing regime, an employer may be justified in refusing to hire a prospective employee who does not submit to a test. There has been an ongoing debate in Australia about the efficacy of urine testing compared with saliva testing and the circumstances in which each of these types of testing may be used or relied on.

Are there any legal requirements to give preference in hiring to, or not to discriminate against, particular people or groups of people?

There is no legislative scheme specifically requiring preference in hiring. However, employers can actively encourage applications from members of disadvantaged groups to enhance diversity. If an employer seeks to restrict recruitment to a designated group, for example, based on age or gender, the action must constitute a special measure or positive discrimination under anti-discrimination legislation. An employer can also seek an exemption from the application of specific anti-discrimination legislation so it can have a targeted hiring preference.

Must there be a written employment contract? If yes, what essential terms are required to be evidenced in writing?

Employment contracts may be formed by verbal agreement, written agreement, or a combination of both. The fact that the parties have reached an agreement may be inferred from their conduct, such as the commencement of work and the payment of wages. The extent of any documentation that is created may vary, particularly for managerial appointments that are often regulated largely by the contract of employment and can involve very detailed terms.

The terms of the employment contract must provide sufficient certainty to enable the contract to be performed. Therefore, the contract must have clear terms on the essence of the bargain between the employer and employee, that is, the work to be undertaken and the remuneration for the work undertaken. Even where there is some uncertainty on these points, the courts are unlikely to find the contract to be unenforceable as terms may be implied to reflect the intentions of the parties. Terms that are implied as a matter of law in all employment contracts include the obligation to act in good faith and with fidelity, to work with skill and diligence, and to obey lawful and reasonable directions.

To what extent are fixed-term employment contracts permissible?

Fixed-term employment contracts are permissible under Australian law, and there is no legal maximum duration for such contracts. However, a true fixed-term contract (which is a contract that does not allow for termination with notice before its end-date) may imply a term of reasonable notice if either party attempts to bring the contract to an end before the expiry of the term (particularly if the term of the contract is so long as to be unreasonable). Alternatively, bringing a fixed-term contract to an end before its end date may constitute a breach for which the party not in breach may recover damages. To mitigate these risks, employers often utilise maximum-term contracts, which may be terminated with notice before their end date.

What is the maximum probationary period permitted by law?

The duration of a probationary period will often reflect the duration of the relevant ‘minimum employment period’ for the unfair dismissal jurisdiction under the FW Act (12 months for small business employers and six months for all other employers). This is because an employee whose employment is terminated within the minimum employment period is not eligible to bring a claim for unfair dismissal.

Classification as contractor or employee

What are the primary factors that distinguish an independent contractor from an employee?

Is there any legislation governing temporary staffing through recruitment agencies?

Recruitment agencies that are the employers of workers placed in organisations on a temporary basis are required to comply with labour law and employment legislation concerning those employees. For example, such recruitment agencies must comply with obligations imposed under anti-discrimination legislation and the unfair dismissal and general protections regimes of the FW Act.

Further, certain Australian states and territories (South Australia, Western Australia, Australian Capital Territory and Queensland) have legislation in place governing licensing regimes for recruitment agencies (although there is no such legislation at the Commonwealth level).