Side effects of overcriminalization 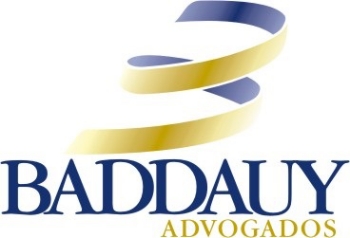 Every political community should regard overcriminalization non-beneficial for its legal system by a series of reasons, of which we will select two.

Let us analyze both of the assertions:

First, a system with tendencies of overcriminalization will have the same tendency to overpunishment.

A state that subordinates to much conducts to sanctions of criminal nature will often, and almost inevitably, be bound to punish some people who should not have been the subject of this sanctions in the first place.

Besides, even when persons are punished for having a type of conduct that deserves a penal sanction, the effects of overcriminalization tend more to result in punishments that are disproportionate. Despite notorious difficulties in application, nearly all commentators subscribe to a principle of proportionality, according to which the severity of the sentence should proportional to the gravity of the conduct.

That way, overcriminalizing will concur in violations of proportionality.

It is a verified fact that Brazil punishes too many people too severely: In 2016, INFOPEN[1] attested the there are 726.712 incarcerated people, in state and federal institutions.

That is the third largest incarcerated population of all countries in the world, and we are not counting here all the people that are subject of control by the state, in the figures of probation and parole.

In the second place, overcriminalization erodes the principle of legality itself in various ways.

First, the huge number of conducts prescribed by criminal law makes it unreasonable, and almost impossible to expect ordinary citizens to know what is proscribed. Even experts are aware of only a few of the criminal laws to which we are subject.

Since no one is excused to comply with the law by the claim that he does not know it, the criminal law will be inclined to punish people for behavior that they did not know to be prohibited.

Besides. As citizens encounter more and more obscure and unusual criminal laws, their respect for the legal system probably declines, threatening the role of law in maintaining compliance and order. Fourth, the criminal law is forced to borrow categories and and last, in the words of Douglas Usak[2]

“When the criminal justice system overcriminalizes, no discernable principle distinguishes those persons who are punished from those who are not. The expansion in criminal law contributes greatly to the recent growth in the discretion of officials, many of whom are able to make use of increasingly vague and recondite criminal laws to intimidate people they select for attention on some other basis, often because they are part of an unfashionable or unconventional minority”

We may conclude that any legal system who is concerned to make its prison population smaller and to ensure that the principles of the rule of law – and not of man –are respected and firmly applied has to make no little efforts to stop and contain overcriminalization.