Do you know the (famous) and only original Salzburger Mozartkugel?

The famous confectioners “Fürst” located in the Brodgasse in Salzburg, sells chocolate and confectionery products, including the well-known Salzburger Mozartkugel, which are packed in silver tinfoil paper with a blue print – as shown below (protected as a word and figurative mark since 1997): 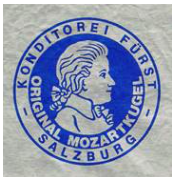 In 2015 a competitor started to sell Salzburger Mozartkugel - produced by third parties in Upper Austria - near the “Fürst” confectioners in the city of Salzburg, which were initially packaged in brown design similar to the relatively cheap products of another competitor, Mirabell. Due to bad sales figures the packaging and labelling was changed to a silver – blue design. 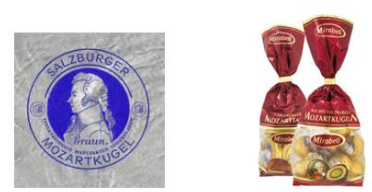 The Austrian Supreme Court (4 Ob 152/17g) has ruled that almost every person from Salzburg who is aware of quality chocolate knows that the exclusive Mozartkugeln packed in blue-silver tinfoil paper is sold by the confectioners “Fürst”. The principle according to which the word element is used to determine the overall impression of word and figurative marks does not apply if the word element is neither distinctive nor conspicuous in comparison to the figurative representation.

The Court ruled that chocolate and confectionery products similar to the silver – blue labeling from “Fürst” cannot be sold in the city of Salzburg and cannot be named “Salzburger Mozartkugeln”, if not produced in Salzburg.

Any party considering starting producing original Salzburger Mozartkugeln should be aware it is highly likely that “Fürst” will enjoy protection for its original Mozartkugel also on the basis of acquired secondary meaning (even though this was not claimed in this case).