Gender inequality — How many patent offices does it take to fix a leaky pipeline?

The fact that gender imbalance still permeates our society is acutely reflected in inventorship figures: only 12.7% of inventors named on patent applications are female. Gender bias in hiring, work evaluation, promotion and the overall climate of a STEM workplace are all factors which contribute towards this shockingly low number.

It’s important to tackle the reasons for these troubling figures at the grassroots, but it’s equally important to look at what the figures are telling us: we are failing to capture innovation from female innovators.

The innate ability to innovate isn’t any less in women than in men. Using a very crude analysis (see the illustration below) for every 100 men being named as inventor, only 14 women are named as inventor. This means there are 86 women whose innovation is not being captured. There is a significant loss of innovation due to gender inequality 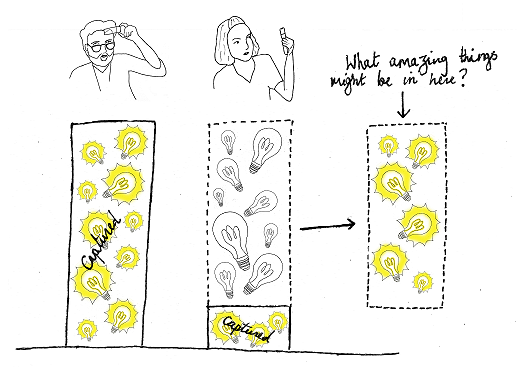 Innovation is perhaps one of the areas most negatively affected by gender inequality. Human progress depends on innovation, and the loss of female innovation is a loss for us all. Gender inequality isn’t the only inequality in patenting figures. A report by the Equality of Opportunity Project refers to “lost Einsteins” and found that innovation in the U.S. could quadruple if women, minorities, and children from low-income families became inventors at the same rate as men from high-income families.

The theme for this year’s International Women’s Day is ‘Each for Equal’ and the question is ‘How will you help forge a gender equal world?’. Here we look into gender inequality in innovation, and suggest that, from patent offices to patent attorneys, we can all play our part in forging a gender-equal world.

The leaky pipeline is a term used to refer to the lack of women progressing to senior positions in research and academia. The leaky pipeline to inventorship is explored in the UKIPO’s 2019 updated report on gender profiles in worldwide patenting. 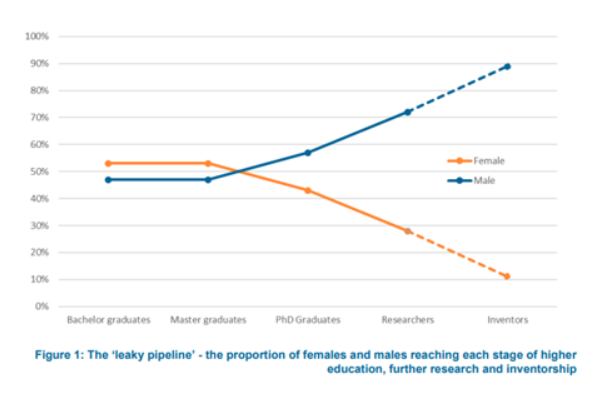 The widening gap starkly visible in figure 1 may be due to: 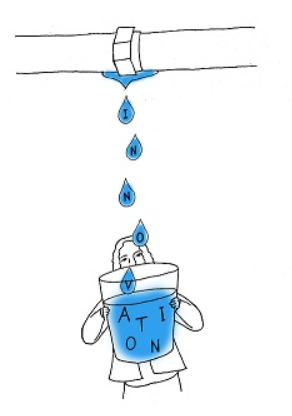 We asked each of the UKIPO, the WIPO and the USPTO: how do you fix a leaky pipeline?

(We actually asked “what is the patent office doing to address the gender gap in innovation?”) 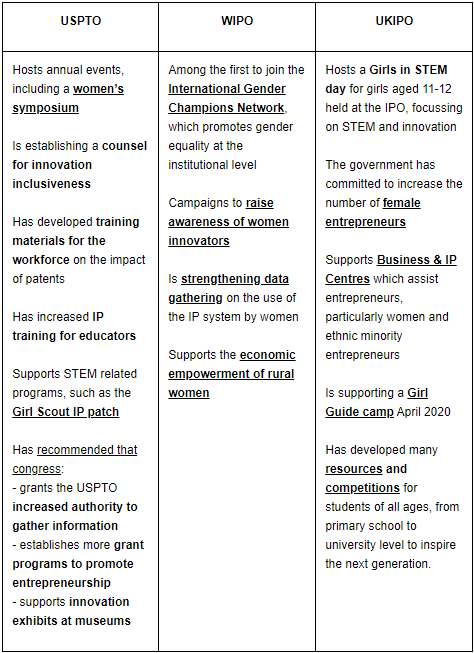 Initiatives from the top are great progress. Since most of these actions are recent, we’ll be keeping a keen eye on the effect they have.

What can you do? Practical tips from in-house counsel

As a society we must shift our internal image of an inventor in a way that allows women to see themselves as such.

During childhood, children are exposed to gender stereotypes from peers, parents, teachers and modern media. This continues into adulthood, and affects not only everyone’s sense of belonging (or not) but also what is possible, or correct, or decent, to achieve. Picture an inventor. In your mind’s eye, the inventor may be a white-haired, Einstein-esque man in a lab coat and goggles splashing around luminous green liquid from a test tube. Or a man with his fingers between two cables with hair on end, slightly smoking and recently electrified. (fun task: try an image search for “cartoon of an inventor”. The results are pretty eye-opening). Rarely do the pictures, online or in our minds, show a woman.

I think we need to broaden our internal image of an inventor to include anyone: any gender, race, age, and background. Once innovators fall within their own internalised image of an inventor, I hope that at least some of the barriers currently preventing us capturing their innovation will be removed.

One way to expand the internalised image of an inventor to include female inventors is by improving visibility (see point 1 above). Show off your female inventors (if they are happy for you to), write articles about them, ask them to give presentations, give them a stage and a platform. I hope that future generations will not be faced by the gender and diversity issues we are today, but for now let’s all commit to shake off the stereotypes and show that anyone can be an inventor.

The future of the human race, the progression of us as a species, depends on capturing all of human innovation. To do this, we need to treat women and men in a way that reflects their ability to innovate – as equals. Maybe then we can fix that pesky leaky pipeline.